Movies like “Shawshank Redemption” and TV shows like “Prison Break” make breaking out of jail look like something so simple that a toddler could do it. Although, it is much harder than it seems on TV, people have been breaking out of jail in the most amazing and ridiculous ways since the beginning of time. Here are the top ten most successful prison escapes that would make the characters on these TV shows look like half-wits.

In an escape that would be nothing out of the ordinary for “public enemy number one”, John Dillinger led one of the most impressive and successful prison escapes of all time. After his arrest in 1934, Dillinger was sent to Lake County Jail, which is thought to be “escape proof” because of the guards, a mix of policemen and National Guard troops. But, Dillinger only took this as a challenge, fashioning a fake gun out of a bar of soap before stealing a Sherriff’s brand new Ford and fleeing to Illinois. But ironically, driving a stolen vehicle across state lines is what brought him into the trouble with the FBI, leading to his death. 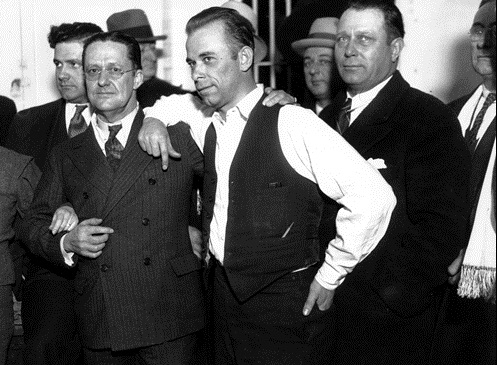 Alfred Wetzler is famous for being one of the few Jews that successfully escaped from Auschwitz death camp during the Holocaust. On the evening of Passover, Wetzler and a friend climbed inside of a hollowed out wood pile that was supposed to build a section for new arrivals. Accomplices then placed boards around the two and sprinkled the ground around the wood with Russian tobacco soaked in gasoline to keep the dogs from locating them. The two hid for four nights before donning Dutch suits, overcoats and boots they had stolen from the camp and heading for the Polish border, using a page from a child’s atlas as reference. 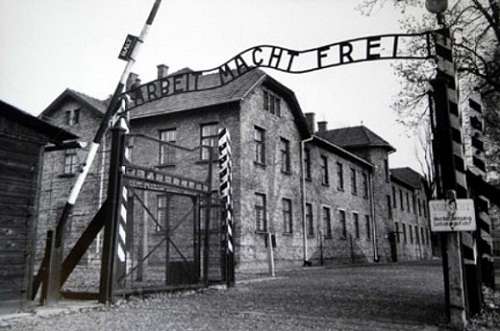 The Realistic Version of “The Inglorious Basterds”

The Sobibor Death Camp was part of the Nazi’s “Operation Reinhard”, the plan to murder both European and Polish Jews and the introduction of mass killing facilities, which housed Leon Feldhendler and Alexander Pechersky, a first lieutenant Russian POW. Under the guidance of the two, prisoners made knives and other edged weapons in the prison’s workshops, and then they invited or waited for the officers to come to the shops to pick up something they had demanded to be repaired before killing them. Half out of the 600 prisoners escaped, making this one of the biggest and most successful prison escapes in the 20th century. 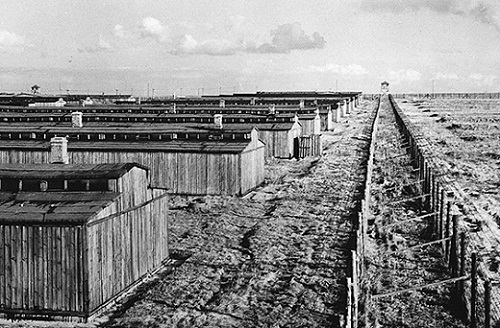 The 1944 escape of 76 allied soldiers sounds like something that would only be possible on a Hollywood film set. A group of soldiers dug three tunnels 30 ft. under the Stalag Luft III German prison, using construction methods like wood blocks for support, a series of lamps and even pumps to make sure the soldiers had air to breathe while they dug. Despite their preparation, though, the soldiers ended the tunnel just short of the forest, in plain sight of the guards outside of the gates. While 76 managed to escape, the 77th was spotted, which started a massive manhunt where all but three of the escapees were caught. This could be the most touching and successful prison escapes of all time. 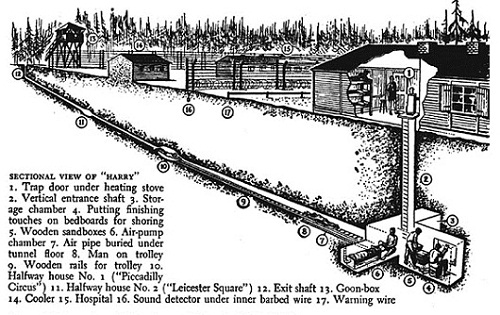 The Famous Escape from Alcatraz

Later made into a movie starring Clint Eastwood, this was one of the most daring prison breaks ever committed. Frank Morris, Clarence and John Anglin broke out of the infamous Alcatraz prison in 1962. Using a series of makeshift tools that would make MacGyver jealous, including a drill that was made from a vacuum cleaner’s motor, the three chipped away the concrete walls in their cells to escape into a nearby ventilation shaft, before making their way from the ventilation shaft onto the beach. They then escaped on a homemade raft to the San Francisco bay, where they were never heard from again. While many presume they died in the bay, no bodies were ever found, making this one of the most elaborate and successful prison escapes. 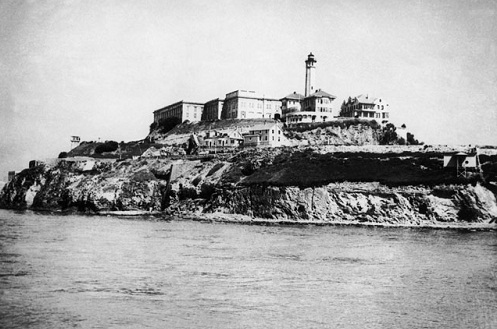 A German-American Navy pilot, shot down and thrown into a jungle prison camp during the Vietnam War, had an ace up his sleeve—he possessed the ability to escape from any mock-POW camp that he was put into during training. In 1966, he and six others escaped their restraints and disappeared into the jungle after killing three of their guards. Twenty three days later, Dengler was rescued, dehydrated with marks from both mosquitos and leeches, by an American helicopter. He became famous as the only American soldier to successfully escape from a prison camp during Vietnam, making this one of the most amazing successful prison escapes of all time. 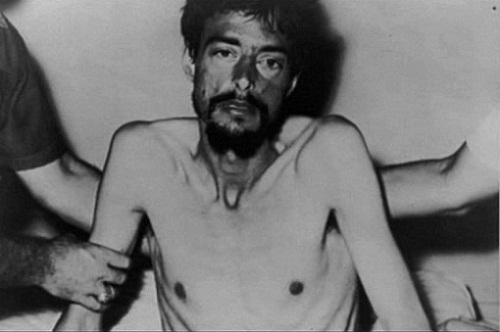 Frank Abagnale: The Original “Catch Me If You Can”

Frank Abagnale, a con-man, was known for his elaborate schemes, most of which failed except his prison break in 1971. When being transported without detention commitment papers, Abagnale saw an opportunity to get out. Over the next few weeks, he worked with his friend Jean Sebring to lead guards to believe he was really an undercover inspector, and produced cards to that effect. Shortly after, prison guards called Sebring, who backed up Frank's story. The befuddled guards, thinking they were smart, let Frank out, allowing him and Sebring to drive away in one of the most amazing prison breaks that ever happened. 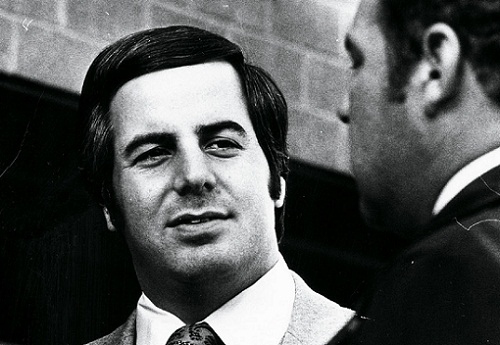 Befuddling Prison Escape: Just Walk Out of It

In 1995, one of the most befuddling prison breaks ever occurred. Keith Rose, Andrew Rodger and Matthew Williams worked together to make a 25-foot steel ladder to scale the prison fence. While working in the prison’s sheet metal shop, the three fashioned a gun and a key that, as far as guards know, was carved from memory after one of the three had just seen a prison’s officer’s copy. At the end of their gym time, the three waited until the guards were busy, unlocked the back door and walked out. They then cut a hole into the inner fence and scaled the outer fence with their ladder. All this work was done in vein though, as they were caught four day later, hiding in a shed. 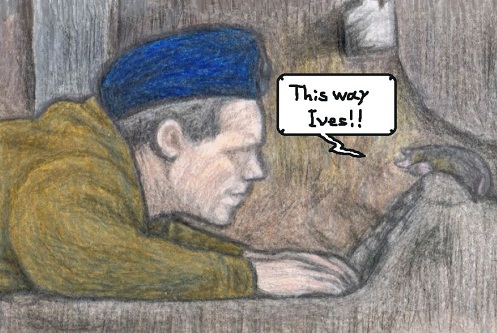 Payet was a French criminal who took advantage of the exercise yards that most European prisons have on their roofs. Originally incarcerated for a murder following a botched security van robbery, Payet had his friends pick him up from the roof of the jail in a hijacked chopper in 2001. Two years later, he re-visited the prison with another helicopter, helping three others escape. After his getting arrested again in 2007, he escaped from the Grasse prison in southeast France again by helicopter. This time, the accomplices hijacked a plane and forced the pilot to fly them to the Mediterranean, after which, they let the pilot go and disappeared. 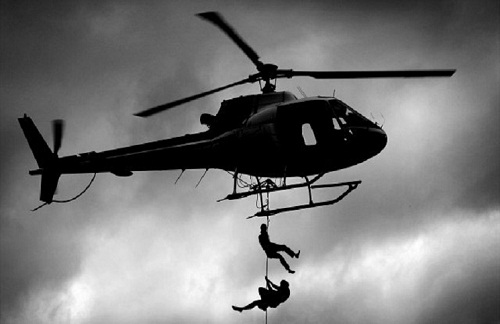 Choi Gap-Bok was arrested on suspicion of robbery in South Korea on September 12, 2012. Gap-Bok waited until the evening of September 17 before asking guards to bring him his “special cream”; once they had, he coated the upper part of his body and waited for the guards to fall asleep. After they had it, he squeezed through the 6 inches tall and 18 inches wide food slot at the bottom of his cell in 34 seconds and escaped. After a nationwide manhunt, he was captured six days later and put into a cell with a smaller food slot to foil any further attempts to escape. 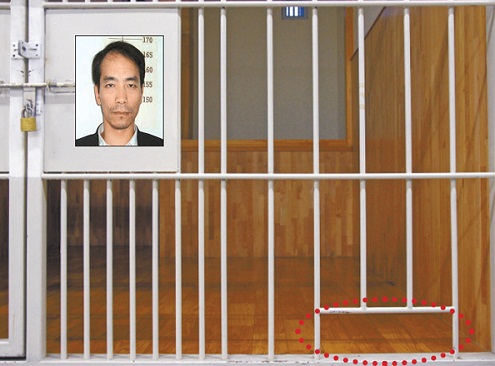