Witchcraft and witches have been around for centuries and can be traced back to when man first discovered fire. They would sit by the flames and come up with all kinds of concoctions. The term “witch” originated from “wicca”, which means “the wise one”, witches are considered to be demonic spirits.

A good example is the Apollo priestess, Cassandra, who was responsible for the prediction of the fall of Troy. There is also one that is mention in the Old Testament of the Bible, the Endor witch, against who people are warned. Apart from the legendary witch names, there are those witches that lived among men. However, it is unclear if they were acting under the orders of the devil or they were simply not understood and treated as outcasts. 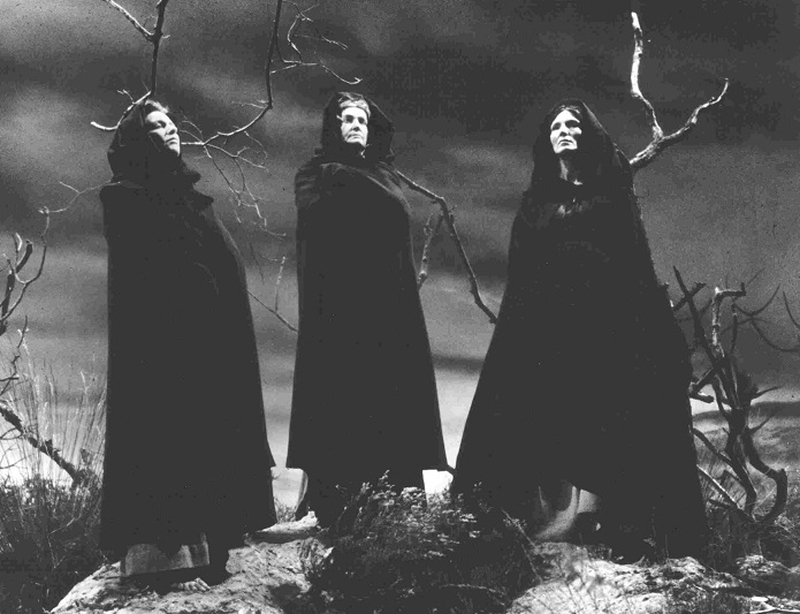 According to Greek mythology, Circe was the daughter of Helios and the goddess of magic other times depicted as a witch or nymph. It is said that she lived on an island known as Aeaea and had a rather strange hobby of drugging and turning sailors into animals along with all those that offended her. This can be done because she was so good at using herbs, portions and a wand or staff.

It is said that her father and subjects exiled her after she put an end to her husband’s life. She was also remembered for turning Odysseus men into swine, but Odysseus was not affected because he had been given a magic plant to protect him from her powers. 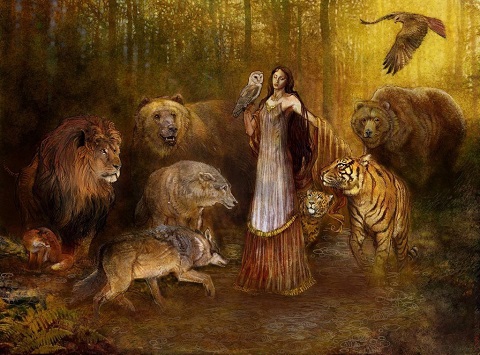 With a variety of names including Morgan Le Faye and Morgana, Morgan Le Fay was a powerful witch in the tales of King Author. According to the tales, she tried to bring down the kind Queen Guinevere with magic because the Queen had banished her when she was younger. Morgana betrayed Sir Lancelot, the queen’s lover and went ahead to frustrate the quests of King Author’s knights. After King Author’s final battle, she reconciled with him and took him back to Avalon. She existed during the middle ages and her fate remains a mystery. 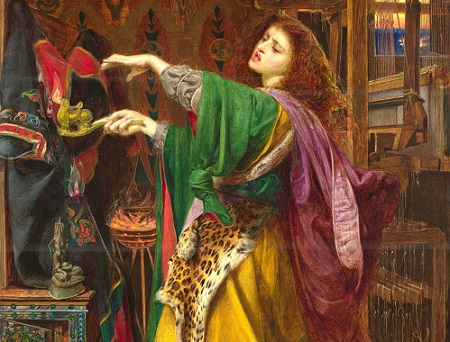 Among the famous witches is Jenny Greenteeth. Her name varies in the different parts of England. She goes by Jinny, Jeannie, Ginny or Wicked Jenny. She is said to have had green skin with sharp teeth and long hair. She was a sadist who enjoyed putting both young and old people through pain. In some versions of the tale, it is said that she drowned old and young people for fun, and in others she used to devour her victims. However the purpose of this tale was probably just to scare children from wandering off deep into the rivers when they went out to swim. 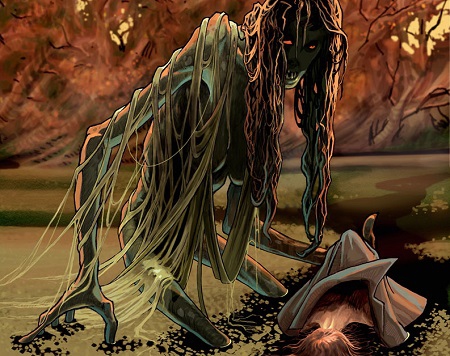 Hecate is among the witch names that pop up in Greek mythology. She was the daughter of the titan Perses and the goddess of witchcraft and sorcery. To this very day, she is still worshiped by select Greek Polytheists. It is believed that the jinx concept originated from her. People built shrines of her to avoid the anger of evil spirits and demons in the Greek myths. She is said to appear in threes and is associated with entrance ways, crossroads, light as well as dogs. 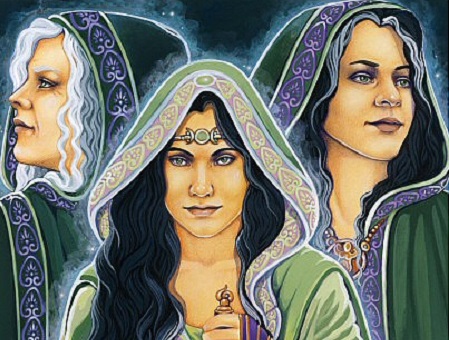 Moll Dyer lived in the 17th century in Maryland, St. Mary’s County. She was claimed to be an eerie woman who was an outcast and survived through the generosity of strangers. However, she was suspected of witchcraft and was banished from her hut on a cold winter night. She ran off into the woods and disappeared for a few days after which a local boy found her body.

She was frozen to a rock. She knelt on it and raised one hand cursing all the men that banished her. On the rock, marks of her knees were left, and it is said that her spirit haunted Maryland for centuries with weird animals and epidemics striking the area. However, there is little evidence supporting her existence. 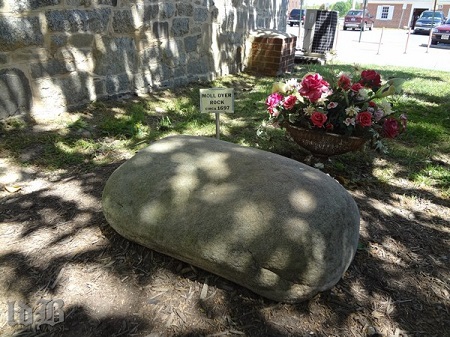 In the history of Ireland, Dame Alice tops the list of witch names. Dame Alice Kyteler was born in 1280 and was among the first people in Ireland to be accused of witchcraft. She was a noble woman from Hiberno-Norman. She was a rich money-lender, but coincidentally all her husbands would die and leave all their wealth with her. When the 4th husband became ill and his nails started falling off, his children suspected something was amiss considering the fact that he was to sign his will that said all his wealth go to Alice.

Dame Alice was put on trial by the church for leading a secret society of heretical sorcerers and charged with relations with an incubus. However, she managed to escape prison every time and left her son and servant to be her scapegoats. She is said to have gone to England where she led a lavish life to her last days. 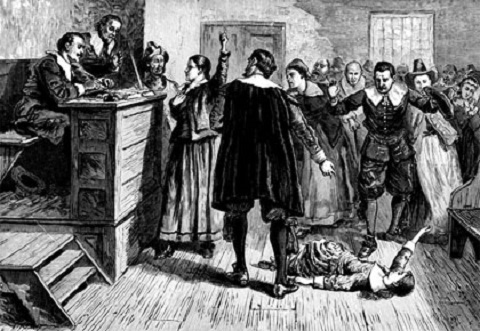 Topping the England list of witch names is Agnes Waterhouse. The famous witch was also known as Mother Waterhouse. She and other 2 witches were accused of heinous crimes including dillydallying with the devil, murder and causing physical harm by use of their black magic. Unlike other witches that received judgment from the church, Agnes Waterhouse was the 1st witch to be judged by a secular court.

She was sentenced to death by hanging because she showed no remorse for her crimes. She testified that she practiced dark magic and had a cat called Satan that she used as an agent to kill people. She also said that she had been told by the devil that she would eventually face her death by either hanging or burning. However, as she walked to the gallows to be hanged she asked for forgiveness from God. 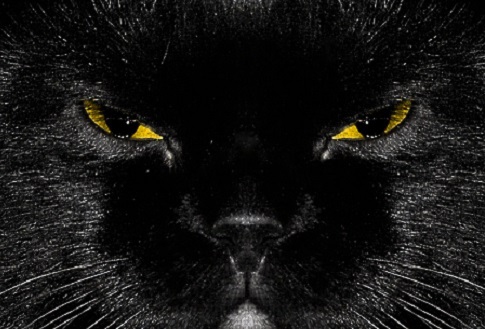 Agnes Sampson is one of the most famous Witch Names in Scotland. She was a midwife to the people of East Lothian and was said to have healing powers. Apparently, she attended a coven that was hosted by Satan in a small church Alud Krik Green, North Berwick in Scotland. The intention for the meeting was to summon a storm that was intended to sink Queen Anne’s Voyage who was the new King James VI’s Danish bride.

The voyage was headed from Copenhagen to Scotland, but they never made it as the storm sent to them forced them to take refuge at port Norway. Upon hearing the news, King James VI went to bring her home, but they were hit by another supernatural storm. However, they got to Scotland safely, and King James VI started a tribunal to execute all the witches that were in that coven. 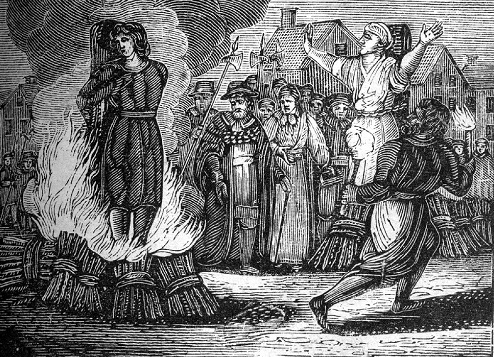 Entjen Gillis was a midwife in Netherlands in the 17th century. After being brought to justice during the witch hunts of 1613, she testified that she had killed fetuses of 40 pregnant women, 150 newborn babies as well as their mothers. She also killed her children and husband with witchcraft. It is also said Gillis together with 13 other witches caused diseases and deaths of livestock and elders. She was burnt to death alongside 63 other witches. 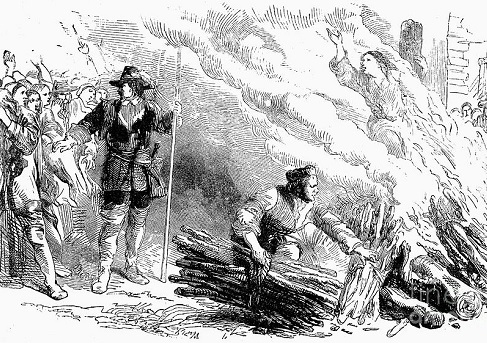 Märet Jonsodotter was born in 1644 and met her death after being burnt alive in 1672. She was among the 1st witches to be accused during “Det Stora Oväsendet”, meaning The Great Noise. This was the beginning of serious witch hunts in Sweden. It is claimed that she attended Witches’ Sabbaths in Blockula.

The first person to accuse her was Gertrud Svendsdotter. At the time, Gertrud was being investigated by a priest because she had been seen leading goats across the water as Moses did in the Bible. Gertrud, whose father had courted Märet, said that it was Märet who introduced her to witchcraft and the devil as well. As the trial went on, Gertrud’s father said that Märet had ridden him as a horse to Blockula. Her sister also said Märet and she used to rid cowa to Blockula. At there they slaughtered the animals and slept with the devil. Since Märet wouldn't confess, she was not convicted at that time. But later on she was burnt alive. 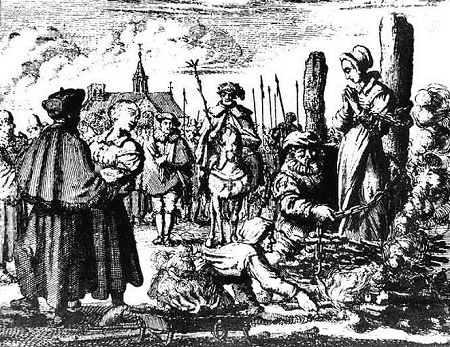