Why College Students Change Their Majors?

Between 50 and 70 percent of college students change their major at least once, according to Career Services at the University of La Verne. Among those who change majors, more than half switch majors at least three times before graduation. 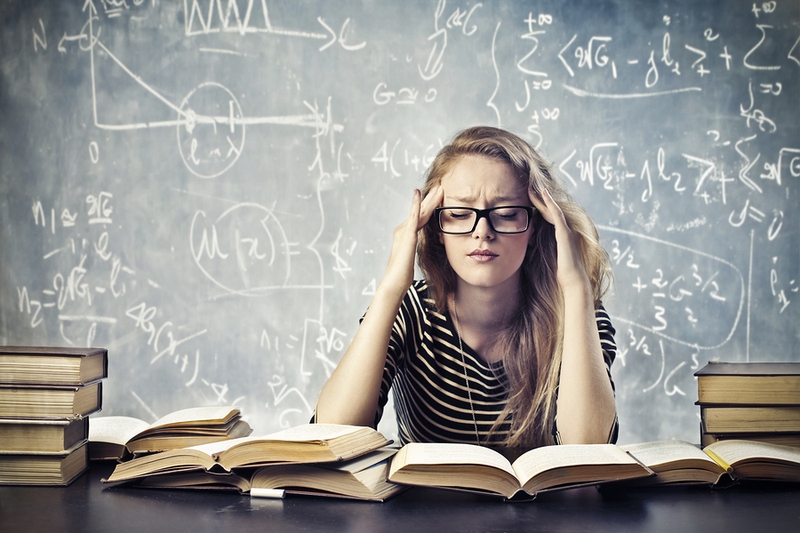 Not liking the material

Right now, it’s French, but junior Roberto Gutierrez has changed his major twice and is even considering double majoring in business management.

“Before it was kinesiology, then I went to biology,” he said. “The first one was because I thought I wanted to do it. I wanted to be a physical therapist, but I ended up not liking it. I didn’t like the material I was learning in class."

Finding what you’re good at

Gutierrez said since he came to UTA, people have often suggested to  either do what he loves or what he’s good at.

“I like traveling and I’m good at French,” he said. “So I thought I’d major in French, but then I thought, 'What am I going to do with just a French major?' So I thought I should major in business management as well and take myself overseas and do something over there.”

For sophomore Gavin Castillo, changing majors had to do with a level of understanding.

“I was an electrical engineer at that time,” he said. “I didn’t really like it. I couldn’t understand circuits too well. So I decided to take a year off and transferred here, which was a bad decision because when I went to join aerospace, it got a little tough. So now I’m reconsidering.”

The current aerospace engineering major said he was looking for something that required less math.

“I was thinking of being a bio-chemistry major, which mostly you do just basic calculus,” he said.

Lack of encouragement to explore

Ylona Cupryjak changed majors three times before deciding to major in English. She was a pre-med major, a theater major and a radio, television and film major.

“In high school, they never encouraged us to figure out what we wanted to do,” she said. “We were kind of sheltered or in a bubble, or at least I was. So I never knew what my skills were. As soon as I got to college and was thrown into all these different people and different ways about going about life, that’s when I had to figure things out.”

She said she was at Major Fair considering a double major, with hopes to one day teach in China.

Sophomore Tibitha Thomas has stuck with her major since freshman year. She said she attended Major Fair for free food, but she’s had friends in the nursing college who say it isn't something they can stomach.

“They can’t handle blood, or pass out whenever they see it,” she said.

“Being a doctor isn't an option, and dentists — I can’t handle looking at people’s mouths,” she said.

Senior lecturer Natalie Guapp from the theater arts department said one reason people change majors is that somewhere along the way, someone told the student to “grow up.”

Students end up trying to major in a different field, she said.

“After a little bit of time in pursuing that, they go ‘I miss my first love. I miss my true calling, how do I get back into that?’ ” she said.

Guapp also said that events like Major Fair often serve as a dose of reality for some students when it comes to finding a major.

“A lot of times we don’t know what way we want to go, so we listen to a lot of voices and we choose something that is someone else’s idea of what our future needs to be," she said. "After the dust settles, we go, ‘What did I just do?’ "

Undeclared freshman Jaclyn Puga said she has a few reasons behind changing her major from theater arts to undeclared. The biggest reason was being bored.

“I get bored easily doing one thing,” she said. “ So I wanted to make sure I actually stuck with something that I might be able to find practical and use for several other things, instead of the same thing over and over again."

Something to travel with

Puga said she may go back to theater but she wants something she will use to see the world.

“I could be part of the traveling circus or something, I don’t know,” she said. “But I will always be entertained. I also didn't want to take a whole bunch of credit hours and waste money on something I don’t like."

The obvious: money vs. passion

“I think everybody pretty much knows they don’t want to waste the money,” Puga said. “You could be in engineering for three years, for example, and have wasted all that money and been like, ‘Why am I doing this? Just because I want money? I’m not even going to be happy with this.’ ”