What Makes a Black Pearl Black?

Black pearl seems to be mysterious and particular. Do you know what makes a black pearl black? I do some researches and get the answer below. 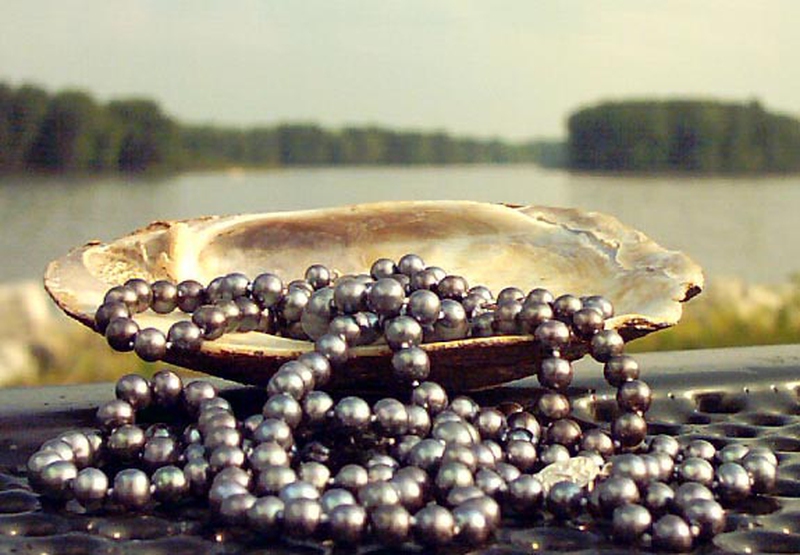 A natural black pearl is more expensive and mysterious than its classic off-white cousins. And for good reason: Although manufacturers can dye pearls black, it takes extremely rare conditions to form pearls that have that dark, eerily iridescent glow.

Black pearls that are not cultured that is, ones that are not grown under tightly controlled conditions by pearl farmers begin forming much like any other pearl. When an irritant, such as a grain of sand, gets stuck inside the oyster's body, the animal tries to ease its discomfort by coating the speck in calcium carbonate, which hardens to form a pearl. The pearl is made up of the same luminous, iridescent substance that the oyster lines the inside of its shell with.

Black pearls are formed when that piece of sand gets stuck in the body of a very specific type of oyster, the Tahitian black-lipped Pinctada margaritifera. The interior shell, called the nacre, of most oysters is usually a glossy white or silver but the Tahitian black-lipped oyster features a thick band of black. If the pearl forms near that band, it will suck up that coloring.

Tahitian black-lipped pearls can be darker if they develop closer to the lips, and can also be a silvery gray color if they get wedged in a lighter portion of the oyster. If an oyster that typically produces white pearls has an unusual black coloring in its nacre, it too can create a blackish pearl. This, however, is rare; it occurs in only one in 10,000 pearls.

The price of a black pearl depends on its size, shape, luster, color and surface quality, which is graded on a scale from A to D. A perfectly round, AAA quality, 10 mm-sized Tahitian black pearl goes for $140, according to pearlparadise.com, while a round, AAA, 10 mm white freshwater pearl costs about $15, according to youpearl.com.