In 1897, an author named Bram Stoker wrote a novel, titled Dracula. Many people think that this is just a fictional character. However, Stoker named the character Dracula after Vlad III, a prince of Wallachia who had an unquenchable thirst for blood. The prince was also known as Vlad the Impaler, a nickname which portrays the prince’s favorite means of eliminating his enemies. Over the years, a number of other names, other than the Dracula, have managed to cast fear into the hearts of many people. However, this legendary vampire, introduced by Stoker, has inspired numerous horror movies, blood curdling vampire stories as well as a horde of television shows. 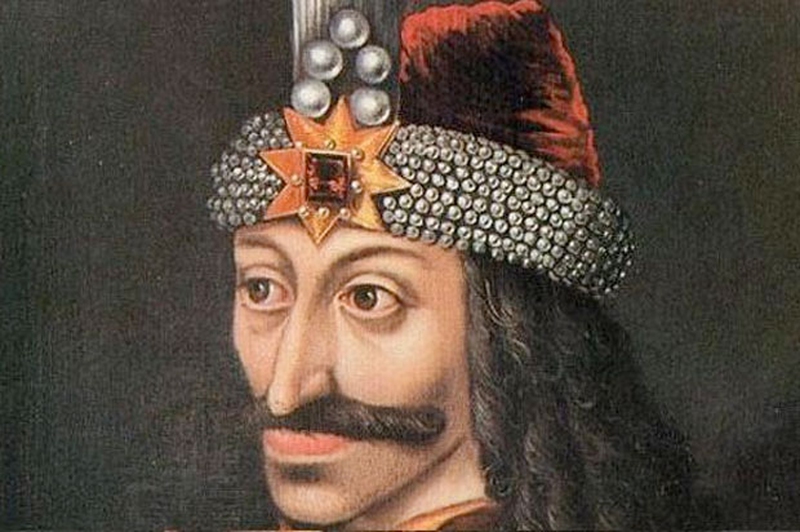 Vlad the Impaler—Who Is He?

The story of this voevod prince during the fifteenth century, Vlad Dracula, is more compelling than any Vampire story in existence today. He is renowned for inspiring the creation of the real Dracula, a character in Stoker's famous novel.

Vlad Dracula, the second son of the then Wallachia Price, Vlad Dracul, was born in the early 1400s within the town of Sighisoara. Wallachia was a principality, ruled by a prince, and experienced frequent warfare during that period in history. Dracul was among the members of the Order of the Dragon, from where he obtained his surname. The Order of the Dragon referred to a group of Slavic warlords and rulers, sworn to defend the Christian faith. These rulers and warlords defended the faith by combating the advancing Turks from the Ottoman Empire. At a young age, Vlad participated in a battle and was taken into captivity by the Turks, along with Radu the Handsome, his younger brother. Being sons of the local prince, the two were very valuable hostages. They were taken to Istanbul by Sultan, Mehemet and imprisoned.

How Did Vlad the Impaler Become King?

While the two brothers were captives in Ottoman, their father was struggling to maintain his position as the Wallachia Voivode. In 1447, Vlad II lost the fight, was ousted from his position by the local noblemen and killed along with Dracula’s elder half-brother in Bălteni, a place between Bucharest and Târgovişte in the present-day Romania. A year later, Vlad the Impaler went back to seize his father’s seat from Vladislav II, the new ruler then. During this first attempt to take the seat back, Vladislav II was away helping John Hunyadi, the then governor of Hungary to fight off the Ottomans. Vlad successfully took back the seat with help from Ottoman governors of cities in northern Bulgaria, along the Danube River. His reign was short lived though; he served for two months before he was overthrown by Vladislav II with help from Hunyadi.

How Did He Get the Name: Vlad the Impaler?

To punish his enemies and criminals, Vlad would impale them and raise them aloft in the city square for everyone to see. This way of punishing the wrong doers earned him the name Tepes, which means the Impaler. He would punish all crimes, including stealing, killing and lying by impalement. Although Vlad used various methods to torture his victims, including cutting off limbs, strangulation, blinding, cutting off ears and noses, burning, scalping, mutilation of sexual organs, exposure to wild animals or elements, boiling alive and skinning, impalement was a painful and slow death. Therefore, he would have the victims hoisted on spears with the height of the spear indicating the rank of the victim. He would then have the victims arranged in an array of geometric patterns, mostly in concentric circles outside the target city. The victims would endure for hours or even days before dying and the decaying corpses would be left there for months.

How Did He Avenge His Father?

To avenge for his father, Vlad the Impaler executed noblemen agonizingly by driving blunt stakes into their abdomens. After coming out of the Turkish prisons, he learned that his father had been betrayed by the noblemen and buried alive by the Hungarian troops. Since he did not know who specifically betrayed his father, he decided to kill all the noblemen; he would lure them by inviting them to a party and have them killed by his soldiers after the party. He used the trick several times to lure and  kill the noblemen until many people knew what he was doing. Even so, they still attended his parties if invited, because they would get killed immediately if they refused to go.

How Did Vlad the Impaler Die?

Eventually, the real Dracula died in the battle with the Turks. Having been outnumbered by the Turkish troops, the majority of his soldiers switched sides. His own soldiers chopped off his head and send it to the Turkish Sultan. The sultan then impaled the head on a spear and hoisted it outside his palace. With regards to the rest of his body, there are conflicting opinions as to its whereabouts. It is said that his body was buried in a Snagov Monastery cemetery. Some say that the body was never found there, but some believe that the body was found and then disappeared. Being a royalty, it is possible that he was buried along with treasures, hence the grave was robbed by grave robbers.