The world of fairy tales is fascinating. It is a world filled with greed, vengeance, violence, bizarre happenings, mythical creatures and impossible situations. Each fairy tale has been designed to teach kids morals, entertain its readers and reflect the cultural and spiritual beliefs of a specific time. Even though many of these fairy tales are outdated in modern society, they are without a doubt wonderful, entertaining tales. However, there are some worth reading fairy tales that haven't gotten the attention they deserve. Now let's take a look at the following 5 lesser known fairy tales. 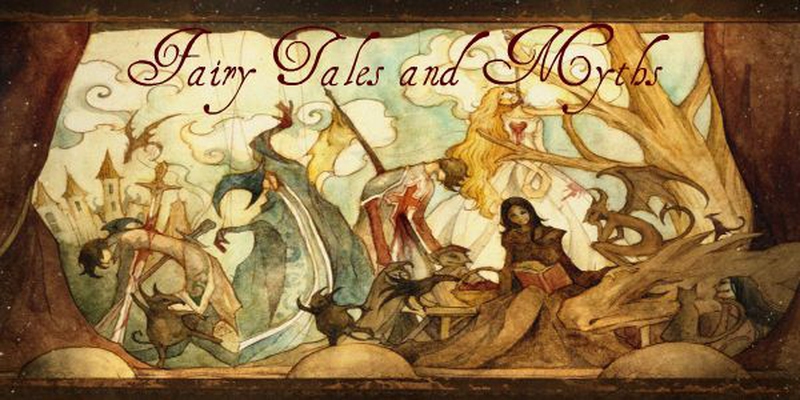 Once upon a time, a giant who is going along a highway is suddenly stopped by a small creature, death. The giant could not imagine someone so small daring to stop him so they had a fight. The giant wins and leave the death lying there dying.

Then death starts wondering what to do next. If he accepts defeat and dies, people would overcrowd the world. Luckily, a few minutes later, a strong young man comes across, feels sorry for him and gives him some sort of energy drink. The Death comes back to life, identifies himself and promises that although he can't spare the young man's life, he will send messengers to warn him of death's arrival.

Years pass by, and the young man grows old. He get sick several times but recovers. One day, when he is at the peak of his health, death appears. The man gets so angry because he expects the death would send messenger before all of this. Death, however, says: "Did not fever come and strike you, and shake you, and throw you down? Has not dizziness numbed your head? Has not gout pinched your limbs? Did your ears not buzz? Did toothache not bite into your cheeks? Did your eyes not darken? And furthermore, has not my own brother Sleep reminded you every night of me? During the night did you not lie there as if you were already dead?" Then there is few left to argue. He accepts his fate and goes with death.

This is one of the few unknown fairy tales. There is a beautiful princess called Nella. She falls in love with a prince who lives miles away. They keep their relationship in secret and manage to see each other through a glass tunnel underground that runs from the Prince’s castle to Nella’s bedroom. Each night, the prince runs butt naked through the glass tunnel to Nella’s room to company his princess.

Unfortunately, Nella’s evil sisters learn of their secret and break the glass tunnel with magic. The night, the prince runs so fast through the tunnel that he fails to see it is broken. As a result, he is cut severely by the glasses. The enchanted wounds do not heal and the prince's life is at steak, so the king, father of the prince, vows to wed his son to whoever will find a remedy to cure his son.

When hearing this, Nella was heartbroken but decides to go out and find the cure. While in the woods, Nella happens to overhear two ogres say that oil from their body can heal the prince’s wounds. She pretends to be lost and asks to stay over, and the ogre’s husband agrees because he wants to eat some human flesh. He, unfortunately, gets drunk and passes out. Nella kills him, gets the fat and uses it to heal the prince. The ending? This kind and brave princess gets married with her prince and her wicked sisters are burnt alive.

The Egyptian king is sick. His beloved daughter disguises herself and ventures out into the mash to get the flower that is said to have mythical powers that can heal her father. Upon reaching the mash, she removes all her clothes and climbs into the mash butt naked. Unfortunately, the Mash King sees the princess and rapes her beneath the murky water. About nine months later, a water lily opens and in it is a baby girl. A stork carries the baby to a Viking lord’s wife, and the baby is named Helga.

Helga grows into a beautiful but evil young woman who enjoys seeing blood spilling. However, there is a twist.  At night, Helga transforms into an ugly frog with a kind heart. When Helga is 16, a Christian priest is captured by her father and Helga begs to shed his blood, but her father refuses. At nightfall, Helga transforms into a frog and helps the priest to escape. But the daylight comes and Helga returns to that vicious girl. Without any other option, the priest makes her dumb with a cross. On their way of escape, they encounter robbers who kill the priest and when they go to have their way with Helga, the sun sets and Helga turns into a ugly frog that scares the robbers away.

Helga takes the priest's cross and she manages to turn to a human being. With the help of the priest's ghost, Helga reunites with her birth mother and they return to Egypt. Helga gets married to an Arabian prince. But on the wedding night, the dead priest comes and gives Helga a three-minute heaven tour, but by the time Helga returns, 3 hundred years had flown by and her body becomes a faded water lily.

The Wonderful Birch by Andrew Lang

This is one of the uncommon fairy tales and is very similar to Cinderella. A woman goes into the woods in search of her lost sheep but accidentally passes a witch’s path. The witch turns the woman into a sheep and herself into the woman. Then they return to the woman’s home. The witch (disguised as the woman) convinces the husband to slaughter the exact sheep. However, the daughter somehow knows that the sheep is her mother, and she weeps at the thought of her mother dying. Her mother tells her not to eat her meat and instead bury all her bones outside.

She does this, and a birch tree grows from the tomb. One day, a prince invites his people to a feast, but the witch hates her stepdaughter and give her lots of work to stop her from attending the feast. Then the witch takes her daughter to the party happily. The stepdaughter cries badly by the birch tree. At this very moment, her mother’s spirit rises, does all the work for her and gives her a ride to the party. There, she meets a prince, and the rest is history.

The Strange Feast by Grimm

When liver sausage is left alone in the room, she hears a voice telling her “you are in a murderous trap and you need to make a run for it if you do not want to die”. Liver sausage immediately runs out fast, and when she reaches the streets, she looks back and sees the blood sausage, standing behind the attic window and shouting with a long gleaming knife in hand: “If I had caught you, I would have had you!”.