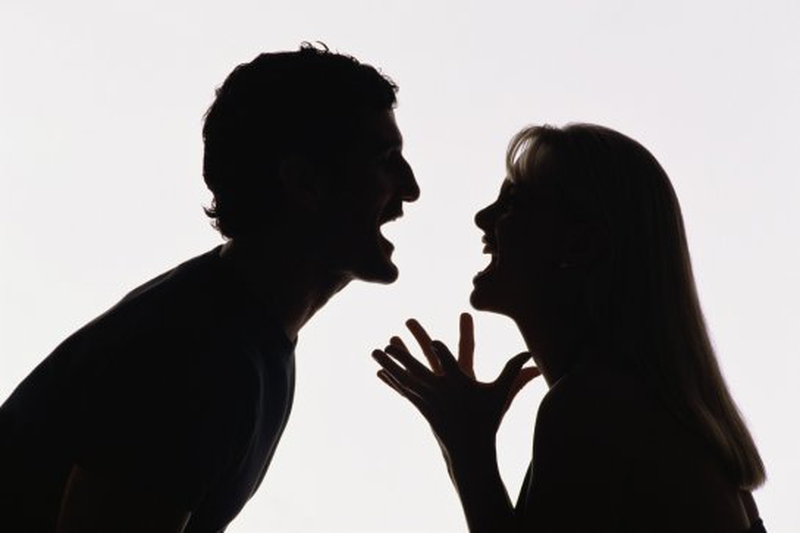 It was the perfect romance: a vampire and his inexpressive on-screen lover. Finding love on set isn’t uncommon, but Stewart made a habit of it. While still committed to Pattinson, Stewart was seen kissing director Rupert Sanders on the set of Snow White and the Huntsman (2012). The kiss destroyed Sanders’ marriage, and Pattinson left her soon after.

There’s no redeeming Chris Brown for his offenses against Rihanna. A convicted felon, Brown’s violent beating of Rihanna made headlines in 2009, and was reason enough for the UK to deny him a visa for his international tour. Brown is now subject to a restraining order, but that didn’t stop him from getting a tattoo on his neck that looks a half-dead Rihanna.

There have been unions in Hell that are less destructive than the ego-spiral that is the union of Kanye and Kim. While the relationship itself seems to lack any real turbulence, it’s only because people who love themselves so much can’t possibly be paying enough attention to the other to actually be aware of any problems between them. In a perfect world, the cultural black hole that they represent will suck them both in and destroy any evidence that they ever existed.

For thirteen years, Burton and Carter seemed to have the perfect relationship. Burton filmed a series of successful movies, while Carter appeared in eight of them. While we don’t know why the couple split after having two children, one can imagine that the stress of engaging in a constant weird-off would be exhausting for the two. For what it’s worth, Carter won. It’s hard to beat a living Victorian ragdoll.

Being the daughter of Elvis must really scramble your brains, and Presley’s four weird marriages agree. She married Michael Jackson in what was perceived to be a stunt to distract from accusations of child molestation levied against him. Later, she’d also break off a different engagement after meeting Nic Cage at a party, and file for divorce from him a few months later. While currently married, there’s no telling if her collection of famous weirdos will grow.

Notable madman Sean Penn isn’t just violent against the media—he’s also violent towards women. Penn, who was dating Madonna in 1987, grew enraged regarding Madonna’s relationship with Warren Beatty, and decided to tie her up and assault her for nine hours. Penn evaded prison when Madonna decided not to press charges and have the terrible event put on display. Penn is now outspoken in favor of social causes, but he has a very dark history.

Most people didn’t know who Amber Rose was before Kim Kardashian started jealously insulting her, but Rose’s contentious divorce from Khalifa made itself very public on Twitter, and even more recently, in song. Very classy to dig up your son’s mother’s past as a stripper, Wiz. May we call you Wiz?

On-again, off-again Kid and Pam split for good in 2006 after Rock reportedly became enraged over Anderson’s appearance in Borat (2006), but Rock was quick to elaborate on his perception that Pam was a “psycho” and an “attention whore” who’d do anything to get a headline. Whenever you see Rock in animal-skin clothing, it’s a not-so-subtle middle finger to Pam’s animal rights activism.

Mel Gibson shouldn’t be around anyone but the hand puppet that co-starred with him in The Beaver (2011), but his public fight with pianist Grigorieva made headlines in 2010 when it was alleged that Gibson was violent towards her. Leaked audio of their fight and a series of restraining orders between the two ensued. The case of Humanity vs. Gibson remains unsettled.

It makes sense that a couple of goofballs would find love with one another, but McCarthy and Carrey’s five-year relationship ended in 2010. McCarthy used Carrey’s Hollywood clout to advance her dangerous anti-vaccination propaganda, and shortly after their breakup, Carrey made a very creepy video message to Emma Stone about the babies they could have together. Carrey is still seeking his third marriage.