These are the people who have done all they can to be unlikable. For the top 10 famous douchebags, I've chosen famous people who are known for being obnoxious, exhibit jerky behavior, or think they’re worth more than they really are. Evil people like mass murderers or serial killers do not count. For the record, we’re not necessarily saying they are douchebags, but we understand why many people think they are. 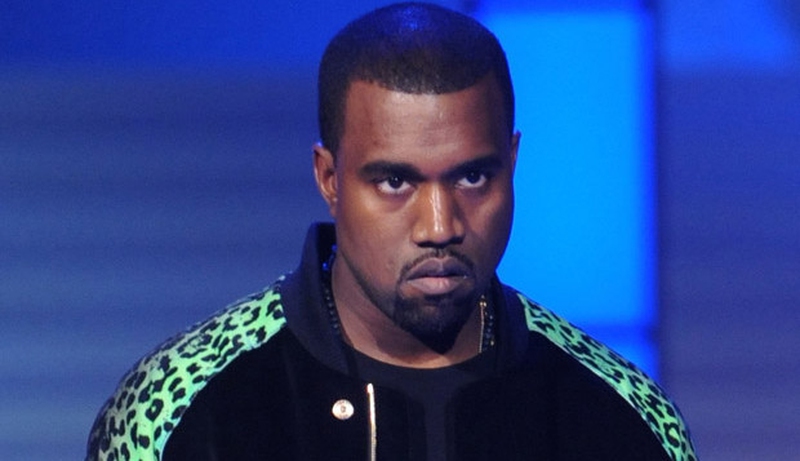 Like a lot of child stars of the past, Miley Cyrus is attempting to get out from under the innocent image that she developed during her early 20s. But it’s the uniquely douche-y way in which she is doing this is what sets her apart. Showing up everywhere with her tongue sticking out, trying to make out with Katy Perry or her heavily sexualized concerts all contribute to the way the public sees her now. Do we really want and/or need to see Miley giving herself a wedgie, grabbing her crotch, slapping her ass and twerking all the time?!

It takes a special kind of person to say something as loaded like “we should invade their countries, kill their leaders and convert them to Christianity” in this day and age. Ann Coulter is the person for that job. Similar to other conservative political pundits like Rush Limbaugh and Elisabeth Hasselbeck, Coulter seems incapable of considering other people’s point of view. She often expresses herself in a blunt manner and will stand by her statements until the bitter end. She also seems willing to defend any political figure that’s on her team no matter how inexcusable their actions.

Kanye has always been known to be completely full of himself, but that was tolerable or even a little endearing, at least when he was talking mostly about his music, since it’s often deserved. Nowadays though, West’s music isn’t as fresh as it once was, as he is now more focused on his expensive clothing line and his marriage to Kim Kardashian - a woman who is almost as bad as he is when it comes to wanting attention. Gone are the days where he stood up for the victims of Katrina, but hey - now he sticks up for celebrities against the evils of the paparazzi. Kanye seems more and more like someone who just can’t take criticism – or a joke.

Being a talented singer could never make up for the string of awful actions that have landed Chris Brown on this list. It’s bad enough that he allegedly viciously beat his onetime girlfriend Rihanna, but it’s made even worse by his anger towards those people who want him to be held accountable for his actions. Whether it’s smashing a window because he’s asked about what happened in an interview, or complaining online about the haters, Brown’s behavior has certainly overshadowed his music. On top of those incidents, he’s been recorded threatening a valet parker and has reportedly made a habit of parking his luxury cars in handicap spots.

Despite the fact that legions of Beliebers would try to convince you otherwise, Justin Bieber doesn’t seem to have adjusted to young adult life too well so far. The inventory of his awful behavior is too long to list here, so we’re going to attempt to discuss some of his greatest hits. Peeing in a restaurant mop bucket, singing racist versions of his songs, his teen angst-ridden deposition video or all of the times he’s tried to act like a tough guy. What about having his bodyguards carry him up stairs of the Great Wall of China because he couldn’t be bothered to walk himself, abandoning his pet monkey in Germany or literally spitting on his fans? We could keep going too, but we think you get the picture.

We all want to make money, but it’s impossible to like a rich man who accuses a terminal child –whose dying wish was to meet him – of wearing a counterfeit t-shirt. Most of us envy the easy sex that rock stars get to indulge in, but to see The Demon sleazily hit on a woman who has just told him she’s in a committed relationship is sure to make your skin crawl. Gene has also claimed to have slept with 4,600 women and has had trouble censoring himself. For these reasons and many more, KISS’ Gene Simmons appears to have earned his place on this list.

In recent years, Charlie Sheen has called people like Lance Armstrong, John Mayer and others douchebags. Is this a case of the pot calling the kettle black? At one time, Sheen was one of the biggest stars in Hollywood and has managed to remain gainfully employed in the industry for decades, but his bizarre behavior has tarnished the image he once had. Routinely lashing out at anyone who displeases him, it’s hard to think of him as a good guy, considering the very public meltdown he had following his firing from “Two and Half Men.” Winning? Not so sure.

Once considered one of the most talented stars of his generation, ShiaLaBeouf has devolved into that guy at your local pub that people don’t really want around. The only difference is that his antics get recorded and broadcast to a worldwide audience that can see and judge him for the goof he has become. Whether it’s showing up at a movie premiere with a bag over his head or picking fights with strangers in bars, it seems that everything he’s been in the media for these days screams douchebag.

The history of professional baseball is littered with jerks of every stripe – people like Barry Bonds, Jose Canseco and Ty Cobb immediately jump to mind. But it’s this Yankee that makes our list. From taking a photo where he’s practically making out with himself and slapping the ball out of another player’s glove, to being hand-fed by his girlfriend Cameron Diaz or calling out “I got it!” in order to trick an infielder into not catching a pop up, it seems everything A-Rod does makes people hate him just a little bit more. He also denied using performance-enhancing drugs, only to admit using steroids a few years later, which is probably the worst offence of them all.

He’s been voted by his fellow players as the most hated and overrated player in the entire NHL, and Sean Avery has proven more than once that he deserves the dubious honor on and off the ice. Because of his annoying gameplay in front of the goalie, a rule was tweaked and future similar behavior by him or other players resulted in a minor penalty. This is now commonly referred to as the Avery rule. The athlete was also once suspended for six games based solely on comments he made off the ice about his ex-girlfriend and a fellow player and specifically how he must like Avery’s sloppy seconds.