Things You Don’t Know About The Big Bang Theory

The Big Bang Theory is one of the most popular TV shows in the world. Nearly everyone has heard of Leonard, Sheldon, Penny, Howard and Raj’s many whacky adventures. From its humble beginnings in 2007, The Big Bang Theory has become a roaring success. The main gag is the social awkwardness of the guys when confronted and contrasted with Penny, who embodies their exact opposites. Fans of the show often claim to know everything about it, and most usually do. But there are some nuggets of information still hidden about the show; about its origins and what happens in the background. Things like these make fans feel more connected to the show; feel more like insiders than outsiders. Anyone who likes to immerse himself or herself in the universe of the show should definitely read on, as these facts will truly make you a part of the TBBT world. 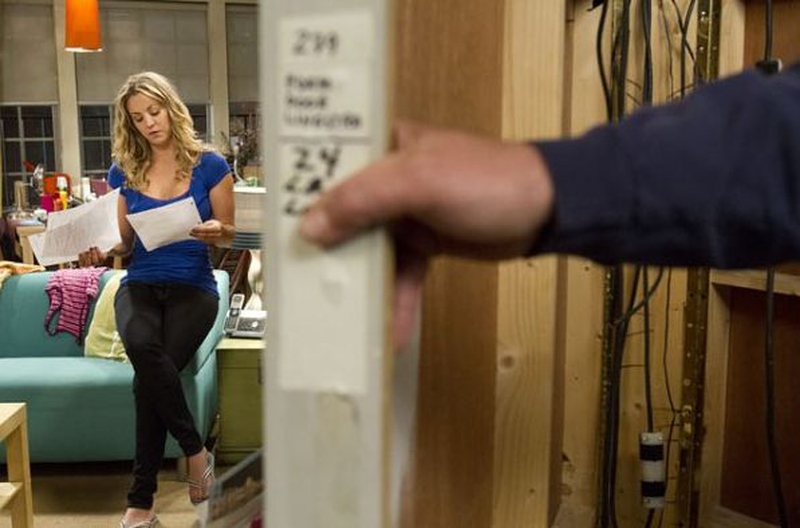 The origins of ‘Bazinga’

Bazinga is one of the most recognizable buzzwords on The Big Bang Theory. It is Sheldon Cooper’s catchphrase and is instantly recognizable as coming from the hit TV show. The word has received international attention, and has gone so far as to have been used to name a species of bees! The scientists named it after Sheldon, as a tribute to the character on the show. The story is that the writer, Stephen Engel, used to have a recurring joke in the writer’s room that involved a taped-together grapefruit. The punch line he used was “bazinga”, which soon caught on with the cast and crew. The word first premiered almost by accident, as it was “inserted right before a taping”, said Jim Parsons, who plays the character of Sheldon Cooper.

It has real science in it

Most of the audiences ignore the writings on the white boards littered throughout the show. The white boards in Leonard and Sheldon’s apartment usually are covered with numbers and reactions, and are usually ignored by the audience. However, anyone who had the right academic background and who took the time and effort to read them would recognize them as real scientific theories. The show’s producers hired UCLA Physics professor David Saltzberg to get things right, too. These writings contain subtle hints at what’s to come. For example, one show had a reaction for rocket fuel on the board in the beginning and later had Leonard almost exploding everything as he makes a mistake trying to reproduce the reaction.

The actors had to learn instruments

The characters on The Big Bang Theory are shown playing different instruments at different points on the show. This is in line with their geekiness as most geeks are shown to be able to play one musical instrument or the other. Thus, Sheldon Cooper is shown to play the Theremin, Leonard Hofstadter plays the cello and Amy Farah Fowler plays the harp. Most TV shows are content with letting the actors pretend to play musical instruments while on camera as realistically as possible. Very strict directors often have experts come and coach the actors, or even use body doubles who can play. The producers of The Big Bang Theory, however, decided to enroll the actors in lessons in their respective instruments! So when you see them on screen, they are actually playing those instruments!

The song ‘Soft kitty’has to be sung to Sheldon when he is sick. That is one of his primary requirements, and Penny is usually the one to do it. The tune has become popular with all sorts of audiences, and the lyrics are thought to be made up. Executive producer Bill Prady went on record to state otherwise. He said that the song is a real one, and it came to his ears via his daughter. The preschooler from Sherman Oaks has a teacher who visited Australia and heard it there. This song has gone viral worldwide and it has inspired a lot of secondary merchandise like shirts and stuffed animals.

There is an episode where Sheldon, played by Jim Parsons, punishes Amy Farah Fowler, played by Mayim Bialik. He spanks her on her bottom for faking an illness just to get him to rub ointment on her. This spanking was supposed to be done off-screen, and was not in the original script. Parsons himself said that it was one of the hardest things he had to do because he kept trying not to laugh through the scene! Bialik herself reported that her bottom was red by the end of the day’s shooting. Though Parsons added that his co-star was quite willing to retake the scene over and over again!

For the Halloween episode, Bernadette and Howard dressed up as Smurf and a Smurfette. This required extensive body makeup in the form of the color blue. Applying this was a pain, as was maintaining it during the entire shoot. The experience of removing this, however, was even more painfully embarrassing. The starlet’s regular makeup artist was removing the makeup with hot towels along with two assistants. She started to fall asleep and lifted up her legs to help the process when she heard the guy’s laughing. She thought they were telling jokes till she looked in the mirror where she discovered that she had exposed herself! Taking it in her stride, she simply put them down and told them it had been a long night.

The flash mob that was organized after the live show of The Big Bang Theory was a surprise for the executive producers. It was choreographed by Kaley Cuoco’s sister, Bri. This job got her two more on Chuck Lorre’s other shows as well as a scene in Two and a Half Men where she choreographed a scene with 50 dancers. Also, she did a cameo in the background scene for the Valentine’s Day special episode of The Big Bang Theory. She was the woman who earned a marriage proposal.

Helberg, who plays Howard, finds the belt buckles his character is stuck with wildly uncomfortable. He says his favorite ones are the ones that won’t stab him in his nether regions when he sits down! He jokes that sitting down is painful. Also, the pants his character wears made him realize the smallest pair of pants he could fit into! The geeky wardrobe usually consists of brightly cultured pants and a turtleneck top, something of a uniform for Howard on the show.

The Stairway to Heaven

The staircase shown on the set is just one set of stairs. Since it becomes difficult to manage production budgets, this is one of the places the show cuts corners. Thus, instead of having to shoot the stars as they go up and down an entire flight of stairs, the crew just rearranges the set so that it looks like a different floor. This is done with such precision that it is impossible to pinpoint any mistakes the crew made in this regard. Even if you watch the show closely, you’ll see how well the shots match up so as not to break the illusion.

Producer Prady had the most embarrassing conversation with legend George Takei. The occasion was that during the show, Howard was to have a dream about Katee Sackhoff and they wanted Takei to do some voiceover work. Here, when Howard says that he is confused, Takei was to say that perhaps he could help. Prady said that he was confused as to how to put across to the legend the fact that he was a possible homosexual fantasy. Prady said he blurted out the question “You know you’re gay, right?” Takei answered that it was news he’d tell his husband!