Born in Bronx, New York, Stanley Kubrick was a filmmaker who predominantly worked in the United Kingdom. His films were usually adaptations of novels and short stories and have been touted for their cinematography and realism. He is considered to be one of the most influential directors of his time, and he directed in a number of different genres, including horror, science fiction, comedy and romance. Some of his most famous films include A Clockwork Orange (1971), Lolita (1962), 2001: A Space Odyssey (1968), and The Shining (1980). 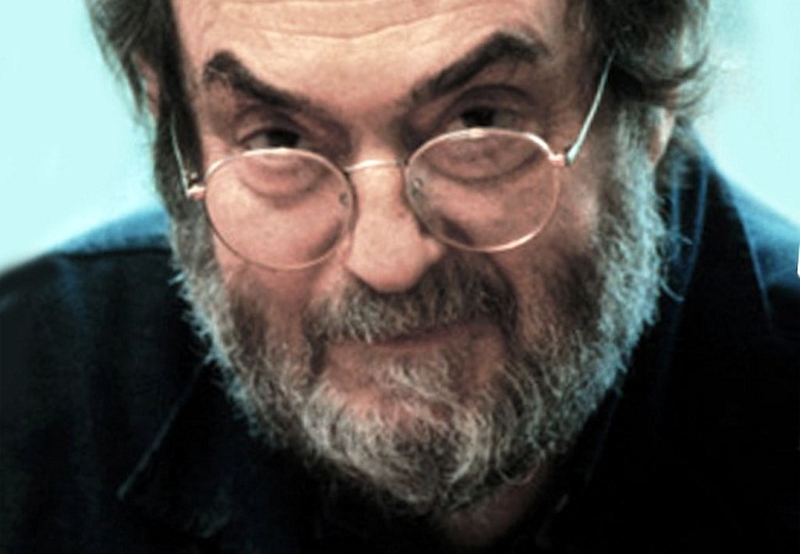 Stanley Kubrick was infamous for his avoidance of the limelight. He rarely gave interviews, so he was a bit of an enigma. On his last film, Eyes Wide Shut (1999), his contract for both his stars and bit-part actors alike stated that there was no time limit for their work on the film.

Kubrick had been making films for most of his life and that life ended just days after screening the completed final cut of Eyes Wide Shut in 1999. He died in his sleep of a massive heart attack at his home in St. Albans, Hertfordshire, United Kingdom. He was 70 years old and had lived a full life. There have been many conspiracy theories surrounding his death, and ironically, Kubrick himself was a fan of conspiracy theories.

Kubrick’s final film, Eyes Wide Shut was about a man bored with his life who discovered an underworld lifestyle of decadence. Some say the film warned about a satanic cult and the power they seek. Fearing they would be uncovered, some believe members of a satanic cult using a chemical to induce Kubrick’s fatal heart attack. After killing the director, they secretly re-edited the film to avoid exposure.

Kubrick’s film A Clockwork Orange was based on the book by Anthony Burgess and went largely unchanged. The film depicts the use of CIA mind control to change Alex’s behavior, who was a punk and a vicious criminal. Burgess worked for British Intelligence and witnessed the CIA’s controversial MKUltra program which used frightening tactics for mind control. Supposedly Kubrick filled the film with clues to where these experiments were taking place. So perhaps the CIA killed Kubrick out of revenge for outing their program.

Killed by Enemies of the Illuminati

Rumors abound that Stanley Kubrick secretly worked for the Illuminati, a secret society that is supposed to be involved in the manipulation or control of many major world events. One theory states that Kubrick’s Eyes Wide Shut is actually his way of whitewashing the Illuminati’s rituals, so they seem less of a power-driven cult and are seen in a more favorable light than they have been in the past. It’s a conspiracy theory within a conspiracy theory.

Scientology is a religion begun by science fiction writer L. Ron Hubbard that many believe is a cult. Another link to Eyes Wide Shut, many believe the film was a thinly-veiled warning about Scientology. The secretive group of rich folks, which has also been compared to a satanic cult and the Illuminati, is thought to actually represent the organization, which is very big in Hollywood. This rumor is strengthened by the fact that Tom Cruise, the main face of Scientology, starred in the film. This is why Scientologists wanted Kubrick dead, apparently.

His Knowledge of the Existence of Aliens

This goes hand in hand with the long-time rumor that the United States faked the lunar landing of 1969 and Kubrick was the one who filmed it on a soundstage in Hollywood. There are those who believe that the mission to the Moon was actually a reconnaissance mission to locate alien technology that was left behind on our celestial companion. 2001: A Space Odyssey, Kubrick’s science fiction masterpiece is a message to everyone, confirming the existence of aliens by using files he supposedly got hold of; however, certain governments apparently don’t want anyone to know, so they finally silenced him.

In the 1920s, President Woodrow Wilson abandoned the gold standard, effectively devaluing the American dollar. The Shining is believed to be a satire about economics, making fun of Wilson’s move. Believers point to scenes where the main character is told his money isn’t good in the bar of the hotel, and the final shot where you can (maybe) see Wilson in a photograph. This theory has picked up some steam with the release of the film Room 237, a documentary surrounding conspiracy theories of Kubrick’s 1980 horror film, based on a book by Stephen King. Apparently a group or organization finally killed Kubrick for mocking the former president.

Which conspiracy theory of Stanley Kubrick death do you believe?