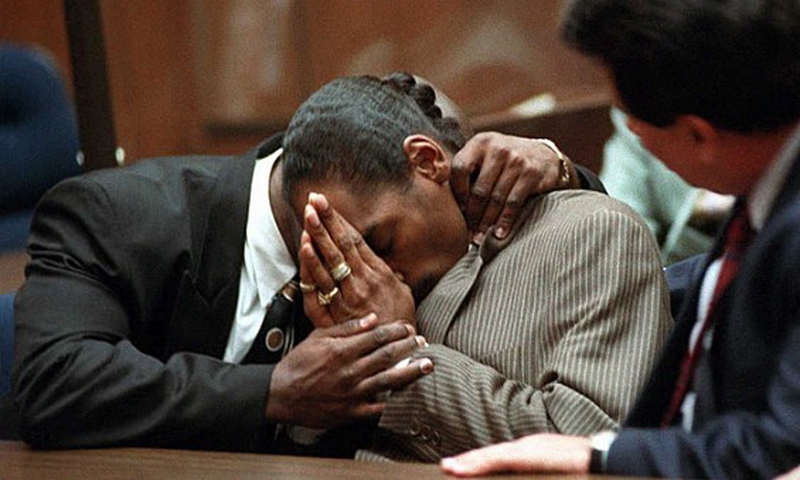 In 1993, Snoop Dogg, whose real name is Calvin Broadus, and his bodyguard McKinley Lee were charged with conspiracy to commit assault, voluntary manslaughter, second-degree murder, and first-degree murder in the shooting death of gang member Phillip Woldermarian. The two men were riding in a car where the supposed shots were fired from. The two were defended by famed defense attorney Johnnie Cochran.

During the trial, witnesses claimed the victim was startled to see Lee sitting in the car and proceeded to reach into the waistband of his pants for what was believed to be a gun. Snoop Dogg was the driver of the car while Lee sat in the passenger seat. Lee fired a single shot, claiming self-defense. Snoop Dogg eluded police for about a week before turning himself in.

The trial went on for three years, dragged on due to evidence tampering by a witness and the accidental destruction of a bloody shirt and shell casings from the scene by the LAPD in a computer testing mishap. In 1996, both men were acquitted of all charges. Lee disappeared from public life, but Snoop Dogg’s career skyrocketed, thanks in part to his gangbanger persona. He was later sued for wrongful death by Woldermarian’s family, but they lost their case against the rapper.

Besides Snoop Dogg murder charges, he has a history of criminal activities and arrests. His run-ins with the law include the following.
ANY IDEAS ABOUT THIS TOPIC?
View All Comments /Add Comment