The popular Columbian singer Shakira has always proudly displayed her Latin roots. She has been shaking her hips for over a decade and easily gets others to do the same. The recent release of her latest album only ensures that Shakira will keep us dancing for some time. Below are 12 best of Shakira songs on the Hot Latin Songs chart and the Hot 100 chart. 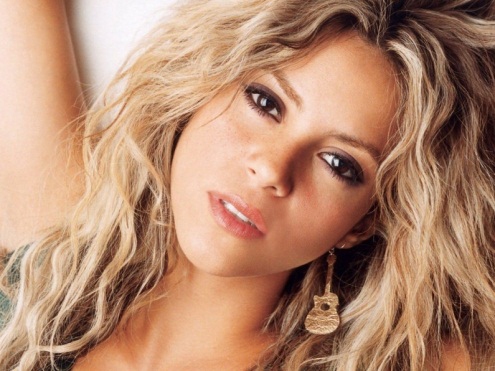 This list of Shakira songs is ordered by their release year. Enjoy!
1

The first one in our Shakira songs list is "Inevitable". Released in 1998, the song first appeared on her hit album “Donde Estan los Ladrones?” The song peaked at No.2 on the US Latin Pop Songs chart and NO. 3 on the US Hot Latin Songs chart. An English version of the song, which is originally in Spanish, has been performed in the U.S., most notably at the ALMA Awards with Melissa Etheridge and on the Rosie O’Donnell Show.

Appearing on Shakira’s third album and first English-language album “Laundry Service” in 2001, the song has both a Spanish and English version that is extremely popular. The song was written by Shakira, Tim Mitchell and Gloria Estefan. The song reached the top 10 on the U.S. Billboard charts and contains elements of Andean music.

Also from Shakira’s third album “Laundry Service”, the song was released as a single in 2002. The song speaks about unconditional love and the music was done by both Shakira and producer Lester Mendez. The song eventually peaked in the top 10 of the U.S. Billboard charts.

Spanish for “The Torture”, the song was released as a single in 2005 from Shakira’s sixth studio album, “Fijacion Oral, Volume 1.” The song features Alejandro Sanz, a popular Spanish singer and songwriter. It won two awards at the 2006 Latin Grammy Awards: Song of the Year and Record of the Year. The music video won three awards at the 2005 MTV Video Awards. The song was NO. 1 for 25 weeks on the Hot Latin Songs chart. This song could be one of the most successful Shakira Songs.

The song was released in 2005 as the first single off Shakira’s second English-language album, “Oral Fixation, Vol 2.” The song is about a woman telling her former lover that she is moving on without him. The single was certified gold in the United States, selling over 500,000 copies.

Released in 2006, it was the third single from the English-language album “Oral Fixation, Vol 2” and features Haitian rapper and songwriter Wyclef Jean. The song was certified double-platinum in the United States and received a People’s Choice Award, an MTV Video Music Award, and an MTV Latin America Music Video Award. It is a dance song with heavy salsa and reggaeton influences.

This was one of the big hits in all the Shakira songs. The song is duet between American singer Beyonce and Shakira, and was released as a single in 2007 from Beyonce’s album “B’Day.” It peaked at NO.3 on the Hot 100 Billboard chart and won an MTV Video Music Award for Most Earshattering Collaboration.

The song was released as a single in 2009 from Shakira’s album of the same name. It mainly contains two genres—electropop and folk, and it has world music influences and collaborators, including Wyclef Jean and Timbaland. Shakira has said the lyrics reflect her growing maturity as a woman.

Released as a single in 2010, it is from the album “She Wolf.” The song is about the travelling life of a gypsy, reflecting her own life spent touring and being on the road, and gets influences from Indian and Middle Eastern music. The song was nominated for a Billboard Music Award, but lost to another Shakira song, “Waka Waka (This Time for Africa).”

This Shakira song could be her most famous hit around the whole world. It is a Spanish-language song with the English-language version featuring British rapper Dizzee Rascal. It was released in 2010 from the album “Sale el Sol.” The song is about an infatuation with a man and is a Latin pop song with a merengue influence. The song has sold over five million copies worldwide, making it one of the most successful singles of all time.

Released in 2014, the song comes from Shakira’s tenth studio album “Shakira.” The single is a re-worked version of the song La La La (Brazil 2014), written for the 2014 FIFA World Cup. The re-worked single includes new lyrics and features Brazilian musician Carlinhos Brown. The song has an Afro-Brazilian tribal influence.