What motivates serial killers to perform the heinous crimes that they do? Is it an evil force that lurks within them or a mental disturbance that drives them? As much as their actions repulse us, society is still fascinated by what makes serial killers tick. As the world studies and observes these individuals that inflict so much pain and torture onto others, it struggles to find the answers to these questions. A palpable place to start may be with the eight top serial killers in the world, carrying with them the highest known victim counts. 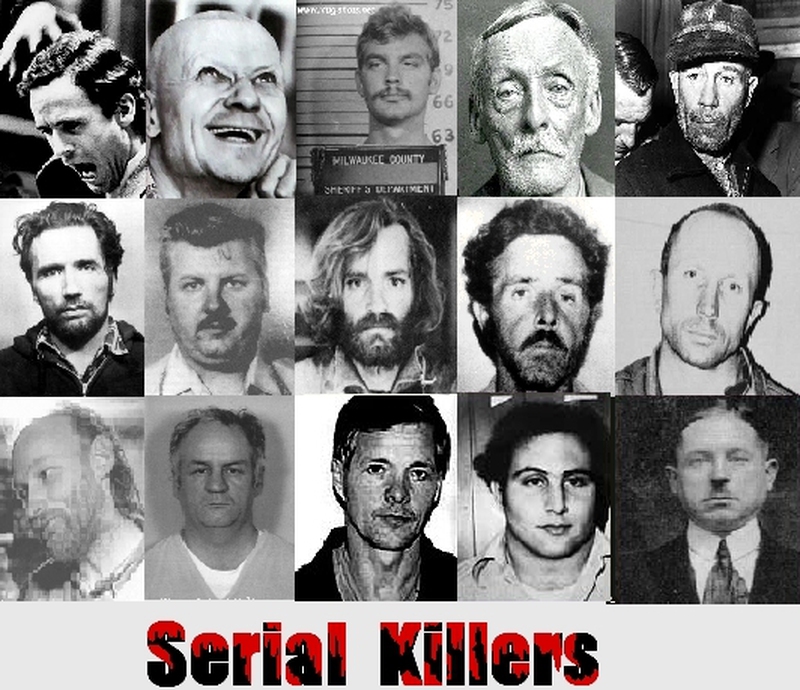 Andrei Pichushkin was born in Russia on April 9, 1974. Given the nicknames of the “Chessboard Killer” and the “Bista Park Maniac”, he was convicted of killing 48 people, but confessed to 62 murders. He told authorities upon his arrest that his goal was to become Russia’s most prolific serial killer by killing 64 people, the same number of squares on a chessboard.

Pichushkin did not discriminate when it came to his victims. He killed young and old men and women and even children. His favorite, however, was homeless, elderly men. He would entice them with free vodka and once they let their guard down, Pichushkin would bash their heads in with a hammer. He was finally apprehended when his last victim had a metro system ticket in her possession and authorities were able to find footage of her walking with him before her death.

Gary Leon Ridgway was born on February 18, 1946 in the state of Utah in the United States. Nicknamed the “Green River Killer” after his first five victims dumped and found in the river, he was convicted of 49 murders. He is suspected of killing over 90 girls and women, but confessed to just over 70.

Ridgway is considered the most prolific American serial killer in the history of the U.S. His victims came from Washington State and California, but primarily from Seattle. Allegedly, most of his victims were said to be prostitutes. Strangling them by hand, Ridgway would dump the bodies in the wooded areas of King County only to revisit them later to engage in sexual intercourse with their decaying bodies.

Anatoly Yuriyovych Onoprienko was born in Ukraine on July 25, 1959. He confessed to killing 52 victims over a time period of six years. A mass murderer and serial killer, he bore the nicknames of “The Terminator” and “The Beast of Ukraine.”

When Onoprienko was arrested, law enforcement found over 120 items in his possession that were somehow related to the murders. Some of the items were murder weapons, including a sawed-off TOZ-34 shotgun. Other things were mementos from his victims. He later claimed that he was commanded by an inner voice to commit the crimes.

Andrei Chikatilo was born on October 16, 1939 in the Soviet Union. Given many names,the “Butcher of Rostov”, the “Rostov Ripper” and the “Red Ripper”, Chikatilo confessed to killing 56 victims and was convicted for murdering 52. In October 1992, he was sentenced to death and was executed in February 1994.

The majority of Chikatilo’s victims died in the Rostov Oblast. He targeted women and children, sexually assaulting them before murdering and mutilating their bodies. His reign of terror spanned over twelve years, with victims from the Russian SFSR, the Uzbek SSR and the Ukrainian SSR.

Pedro Rodrigues Filho was born in Brazil on June 17, 1954. Nicknamed “Killer Petey”, he was found guilty of murdering 71 people, 47 being fellow inmates. Having killed two victims by age 14, he confessed to killing over 100 victims which included his father.

Filho’s killing spree was initially fueled by survival and later by a broken heart. The two most important women in his life, his mother and his first love, were killed early on in his life. To avenge their deaths, he tortured and murdered the people responsible for their murders. This included killing his father, who hacked his mother to death with a machete. After Filho killed him, he cut out a piece of his heart, chewed it up and spit it out.

Daniel Camargo Barbosa was born on January 22, 1930 in Columbia. Seeking and enticing young, poor and helpless girls as prey in the streets of Columbia and Ecuador, Barbosa was convicted of raping and killing 72 victims. However, it has been suggested that he murdered over 150 girls from all over the region.

Camargo would pretend to need the assistance of his victims to locate a church outside of town. Often his victims were in need of money and work, so when he would offer to pay them for their help, they would willingly go with him. He would take a “short cut” through the woods and if a girl became suspicious of him and ran off, he would do nothing to keep her from leaving. However, if they chose to stay, Camargo would overpower them. He would then proceed to rape and strangle them to death, leaving their bodies in the woods for animals to devour.

Pedro Lopez was born in Columbia on October 8, 1948. In the early 1980’s, he was convicted of killing 110 girls in Ecuador. Lopez, found to be insane by the courts, was suspected of having over 450 victims, confessing to the murders of 240 girls in Peru and Columbia.

Lopez carried with him the nickname of the “Monster of the Andes.” The rapist and child-murderer targeted young girls, ranging in ages between 8 and 12. Although considered the most profuse serial killer in the 20th century, he was released for good behavior after serving only 14 years of in a mental hospital.

Luis Garavito was born on January 15, 1957 in Columbia. A child-murderer and rapist, he was nicknamed “La Bestia” (“The Beast”). Garavito was convicted of killing nearly 140 children, but was suspected as killing over 400 victims.

Most of Garavito’s victims were poor street children, ranging in ages from 8 to 16. He would offer the young victims gifts or money and portray his generosity as an act of kindness. Once he gained their trust, La Bestia would go for a long walk with the children. As they grew tired, he would take advantage of their weary state to rape and torture them. When done, he would cut their throat and on several occasions, he dismembered their bodies.