Numerous fans wait with bated breath for the next season of HBO’s hit series Game of Thrones. While the episodes are rife with drama and suspense, not many people know that several of the events they watch are real historical occurrences. If you thought history was a long and boring drag, think again! 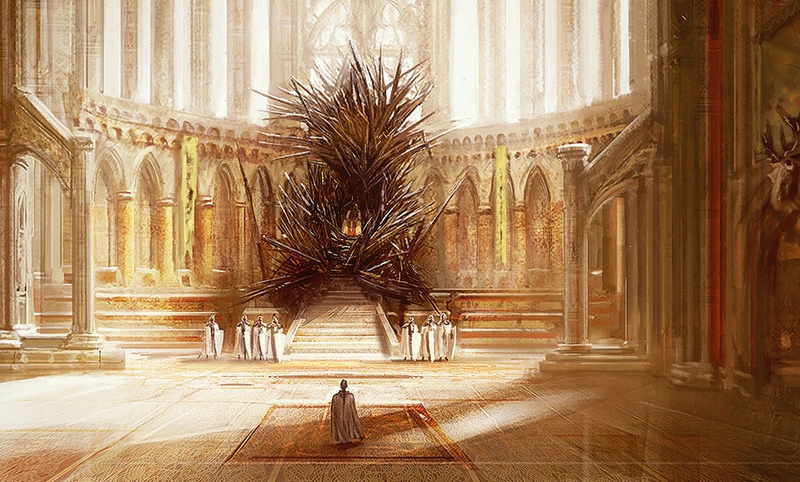 Boy-king Joffrey Lannister Baratheon has inspired the hatred of all those who watch him. A bastard in more ways than one, his sadistic side has manifested time and again in each episode, at times leading to the death beloved characters like Eddard Stark. While Joffrey does remind us of the Queen of Hearts (“Off with her head!”), there’s another real historical character a lot like him. Edward of Lancaster was the son of King Henry VI and Margaret of Anjou. He shared Joffrey’s penchant for lopping off the heads of his enemies and was also rumoured to be of illegitimate birth. At 13 years old, conversations with Edward would be filed with “cutting off heads or making war” according to the Ambassador of Milan. We’d trade real-life dragons for real-life Joffrey any day!

Speaking of characters unfortunate enough to have been based off of real people, Theon Greyjoy is one of them. George Plantagenet, brother to Edward IV of York who was a real life Robb Stark, also turned on his family during the famous War of the Roses. He defected to the Lancasters (sound familiar?) and when the Yorks won the war, he was killed. At the start of the HBO series, many had mixed feelings for the Stark ward. This mostly changed to pity when his manhood was taken away. Chopped off. All gone. (See: http://i.imgur.com/VyUO9CV.gif) Fortunately, his real life counterpart didn’t have endure that and was merely drowned in wine as punishment for his treason..

The infamous scene dubbed “The Red Wedding” featured series favourite Robb Stark brutally murdered along with his mother, wife, and unborn child. All this was done at a feast in which they were the honoured guests, orchestrated by none other than the host himself, Argus Filch  Walder Frey. The scene was based off of real events from history, namely the Black Dinner and the Glencoe Massacre. The former saw the execution of William and David Douglas (the Douglas clan were enemies of the boy-king of Scotland). The King invited them to a feast, supposedly to make peace. At the end of the feast, they were dragged into the courtyard and killed. The latter saw the Campbells also violating hospitality laws when they butchered every MacDonald clan member while they slept in their beds. To this day, Glencoe inns have “NO CAMPBELLS ALLOWED” signage. The North remembers!

The War of the Roses

While George R.R. Martin isn’t just rewriting history word for word, there are distinct parallels between the War of the Five Kings and real world War of the Roses. Game of Thrones features Houses Lannister and Stark embroiled in bloody battle, involving several other houses as well. The War of the Roses involved Houses Lancaster and York clashing for 30 long years. It’s not just their names that are similar. Edward of York can definitely bond with Robb Stark, as he also was thrust into the spotlight after his father was brutally killed. Both Eddard Stark and Richard of York’s heads were mounted on the city gates despite their high civil stature (head mounting was reserved for petty criminals). Both were skilled in warfare and veritably undefeated, and both married for love.

Game of Thrones fans who love Assassin’s Creed or Italian history in general will enjoy this one. Infamous Lucrezia Borgia shares many traits with Cersei Lannister. Like the Lannisters, the Borgia family was very wealthy, with their influence reaching far and wide. Lucrezia was used by her father to secure political alliances, and was engaged twice before she was 13. In the series, Cersei is the twin sister of Jaime, of whom she is fond enough to take to her bed (or the wall, or the floor, or a random tower that Bran Stark is climbing). Lucrezia Borgia was known to shower her brother with much more than sisterly affection as well. Talk about extreme brotherly love!

“What!? A giant wall of ice can’t possibly have had any real place in history,” you cry out. Ever heard of Hadrian’s Wall? George R.R. Martin has, and has admitted in an interview that he based the Wall off of Scotland’s very own. Martin said it himself, “I stood on Hadrian’s Wall and tried to imagine what it would be like to be a Roman soldier sent here from Italy or Antioch. To stand here, to gaze off into the distance, not knowing what might emerge from the forest. Of course fantasy is the stuff of bright colors and being larger than real life, so my Wall is bigger and considerably longer and more magical. And, of course, what lies beyond it has to be more than just Scots.” Next time you’re in Scotland, be sure to check if there are wildlings about!

The Battle of Blackwater Bay was filled with astounding cinematic effects, leaving viewers dazzled. In it, Tyrion of House Lannister (possibly the only Lannister that anyone is rooting for) makes use of wildfire, a chemical fire that ignites on water, to stave off the invaders. Those invaders just happened to be Stannis Baratheon’s camp, brother to the late King Robert and the only one with a real legal claim to the throne. They also used a chain to cut through the naval fleet. A similar historical event is the Second Arab Siege of Constantinople, where Greek Fire was used similarly and the Great Chain of Constantinople featured an important role.

It’s more than coincidence that the actress playing Margaery Tyrell also portrays Anne Boleyn on the TV series The Tudors. The character of Margaery Tyrell draws much influence from the real life Anne Boleyn. The second wife of King Henry VIII, she rose to the top quite quickly, just like Margaery. In Game of Thrones, the young Tyrell girl easily charms her betrothed Joffrey Baratheon and after his death, his younger brother Tommen (also her betrothed). Her betrothal to Joffrey displaces prim and naive Sansa Stark, like Anne Boleyn displaced the first wife of Henry, saintly Catherine of Aragon.

We’re just going to come out and say it. Sorry, no dragons here. Just lots and lots of family lovin’. If that’s already adding up for you, you guessed right. We’re talking about real world Targaryens. The Ptolemys were an originally Macedonian family who ruled Egypt after Alexander the Great died. They reigned for almost 300 years, and kept their bloodlines as “pure” as could be. If Jaime and Cersei’s incest shocks you, go and get some smelling salts. Like the Targaryens, The Ptolemaic kings married their sisters for hundreds of years, and in some cases, queens married their brothers. One notable Queen Pharaoh (Pharaess?) was the famous Cleopatra VII, who married her young brother Ptolemy XIII. It was clearly not a love filled marriage, as Cleopatra eventually welcomed Julius Caesar into her bed, who eventually killed Ptolemy’s army when he attempted to overthrow Cleopatra. Danaerys Targaryen’s husband Khal Drogo also killed her brother Viserys when he attempted to kill her.

SPOILER ALERT: What follows will be drawing parallels from scenes not yet shown on TV. You’ve been warned, read on at your own expense! Those who have read the books of A Song of Ice and Fire (Game of Thrones is based on this) know that Jon Snow eventually becomes Lord Commander of the Night’s Watch. This occurs under very tense circumstances, and several Night’s Watch brothers rise up against him. George R.R. Martin’s last book A Dance With Dragons left readers hanging as to whether he was killed or not. Much like Caesar’s assassination, he dodged a stab to the neck and was stabbed in the back by someone he trusted. Then, he was stabbed in the front and sides by people he didn’t trust. You know nothing Jon Snow. Like you, readers won’t know if you’re alive or dead either until the next book comes out! (371)