Strange circumstances can be found all over the world and people have lots of stories to tell about their odd experiences. Whether or not you believe in ghosts or the paranormal, some of these stories are sure to make your skin crawl due to the oddness of these events. Even if most stories of demons and ghosts don’t scare you, these paranormal stories just may haunt you for some time. And even if you aren’t easily frightened, these stories may do just that, whether you suspend belief or not.

These 8 scary paranormal stories are in no particular order, but each of them will make you stay up all night.
1

A teenager living in Australia experienced a poltergeist over the course of two years while living with her father. Her mom was a powerful psychic and would always protect the homes they lived in from otherworldly things, so the daughter may have also had some psychic ability. While her parents were going through a divorce, she lived with her father and was very angry during this time. She began to sense a shadow presence in the home that would make its presence known to the girl while she was home alone. It would make noises, cause things to fall over, and turn whatever was on the television to white snow. Somehow the girl knew that it fed off her anger, so she learned to ignore it, otherwise it could become more powerful and maybe hurt someone. She eventually moved out of the house and has not seen the shadow poltergeist since. 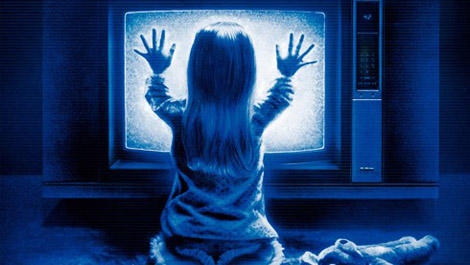 The Aokigahara Forest at the base of Mount Fuji has such dense vegetation that it’s easy to get lost if you don’t know your way. After the release of the novel Kuroi Jukai by Matsumoto Seicho in 1960 which is about a pair of young lovers who commit suicide in the forest, suicides in Aokigahara increased from fifty to one hundred per year. At any given time while walking through the forest, you can find at least one body of a suicide victim. Due to the density of the vegetation, police patrols only search the forest once a year, and the yakuza pay homeless people to rob the bodies. It is widely believed that the forest is haunted and that the ghosts that populate this forest encourage visitors to kill themselves.

Neb-Senu is a small statue from ancient Egypt that is kept in a glass case at the Manchester Museum in England since 1933. The statue is inscribed with prayers for the dead. The case is kept locked and only authorized museum curators have access to the statue. Not long ago, the statue was found by a curator to have changed position—spun around—inside the case. No one admitted to having touched it out of the few who have access. Nothing else in this same case had moved, just the single statue. And the statue moves around in a perfect circle. It has never wobbled off to the side or toward another of the artifacts kept in the case. It is believed that the statue is inscribed to a particular person. Could this person be haunting the statue?

Also called the Greenbrier Ghost, Zona Shue was a woman who suddenly died in 1897 in Greenbrier, West Virginia. After her burial, Zona’s ghost began appearing to her mother and giving gruesome details about her death and widowed husband Erasmus, whom she had only been married to for three months prior to her untimely death. Zona’s mother went to the town authorities with her story, but they didn’t believe her right away. When she insisted that the story she was telling was true, prosecutors had Zona’s body exhumed from the grave. Upon examination of the body, they discovered that bruises were all over her body and her neck had been broken. Her husband had hidden the damage with a stiff-collared dress, and he was believed at the time. Erasmus was arrested and ultimately convicted for the murder of his young wife. 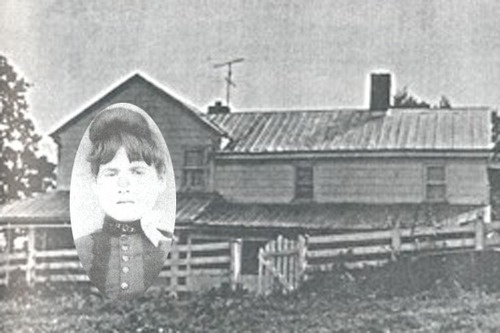 Kate Morgan and her husband Tom were con artists, riding the trains and swindling men who found her attractive. In 1892, Kate discovered she was pregnant and wanted to settle down. She and Tom had an argument and Kate went to San Diego without him, though he was supposed to join her there eventually. While staying at the Hotel del Coronado, Kate was found dead of a gunshot wound to the head with a gun in her hand. The bullet did not match the gun, however. It is believed she was murdered by Tom. It is said that Kate’s ghost haunts the old hotel in the room she was a guest in, and other rooms as well. Many guests over the years have reported hearing ghostly whispers in the rooms and hallways, and the light over the staircase where Kate’s body was found stays lit. There have also been reports of Kate’s image appearing on a television screen in the room where she stayed. Another strange aspect to this tale is that a maid who had befriended Kate during her stay disappeared the day after Kate’s death. It is believed she haunts the hotel as well.

Chloe at the Myrtles Plantation

The Myrtles Plantation in Louisiana is famous for its ghosts. It is believed to be haunted by twelve different apparitions, including Chloe, a young slave that was owned by Clark and Sara Woodruff, the owners at the time of her death. One day while she was supposed to be working, Chloe was caught eavesdropping by Sara and her ear was cut off. Chloe was also forced to have sex with Clark. It is believed that Chloe baked poison into a cake that she then fed to the family, killing Sara and her two daughters. She was then hanged by other slaves on the plantation and thrown into the Mississippi River so that Clark Woodruff wouldn’t punish them for hiding Chloe. It was said that to hide her missing ear, Chloe wore a green turban on her head. Many visitors over the years have reported seeing a ghost at the plantation wearing a green turban.

A family moved into a house just outside a small ghost town on the Kansas/Arkansas border and began experiencing unnerving paranormal activity. Doors would open and close at random, holes would appear in the family members’ clothing, and they would see the apparition of a woman walking through the halls. An Indian medicine man came to the house and did a cleansing. When the man was leaving, one of the family turned away from the medicine man and when he turned back, there was an owl in the medicine man’s place. The owl flew away and the family never experienced any trouble again.

A man and two co-workers shared an apartment not far from their place of employment. The man was up late one night and went into the bathroom before bed where he heard a loud and frightening growl. Seeing nothing and thinking one of his roommates was playing a prank, he went to his bedroom which he shared. As he entered the room, he heard the growl again and quickly closed the door behind him. The roommate explained he had heard the same growl that night. No one in the apartment has ever heard it again and it remains a mystery.