Enjoyed Silence of the Lambs? 10 Movies Just Like It!

In 1991, the movie Silence of the Lambs changed the serial killer genre forever. Starring a young Jodie Foster as an FBI cadet caught up in the murders of a killer called “Buffalo Bill”, she turns to psychiatrist-turned-murder Hannibal Lector (Anthony Hopkins) for help. If you are a fan of it, there are several movies like that out there, and some are listed below. 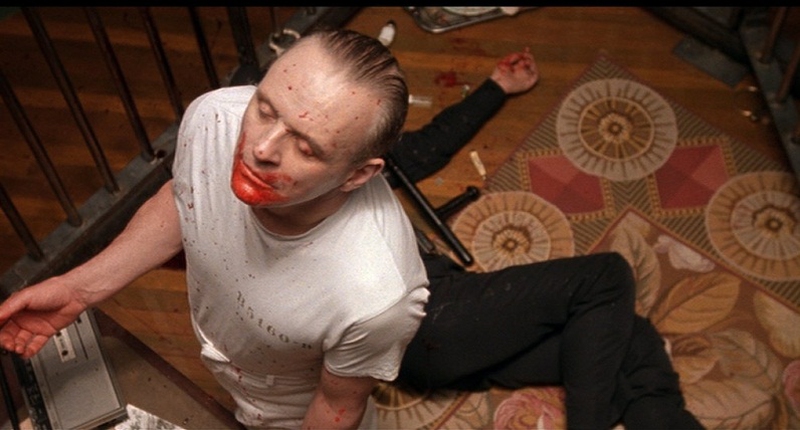 When a new serial killer begins to emerge, inspector M.J. Monaham (Holly Hunter) reaches out to a famous criminal psychologist to try to end the murders, mirroring the structure of “Silence of the Lambs.” As the bodies pile up, a new pattern emerges, making the two realize that the killers is copying famous serial killers of the past, causing fear to spread over—who might be next.

Newly transferred, impulsive detective David Mills (Pitt) is teamed up with detective William Somerset (Freeman) before Somerset’s retirement when the two are sucked into the twisted world of newly-arrived killer John Doe (Spacey). Doe is a killer that they have never seen before, killing those that have participated in one of the seven deadly sins in horrific ways. It is up to Mills and Somerset to find John Doe before he kills more people.

In terms of movies like Silence of the Lambs, Citizen X is definitely one. The film, based on the true story of Andrei Chikatilo, a Soviet killer who claimed to have killed over fifty people, mostly under the age of seventeen, tells the story of the seven-year-hunt to catch Chikatillo. The movie is frank in its portrayal of Soviet Union propaganda that hindered the investigation as well as the failures of the law enforcement agents whose hands were tied by the USSR’s bureaucracy.

Lincoln Rhyme (Washington), a quadriplegic ex-cop, only has his impending assisted suicide on his mind when he is sucked into the dark mind of a newly arrived killer who takes pieces of his victim’s bones as trophies. Assisting patrol cop Amelia Donaghy (Jolie) through a headset, the two set out to find the killer dubbed “The Bone Collector” who abducts people by posing as a New York taxi driver. With each kill, Donaghy finds a piece of paper leading to the next victim. This movie is incredibly similar in style to “Silence of the Lambs” as it deals with the trophies that both killers take—in this movie, a piece of bone; in “Silence of the Lambs”, Buffalo Bill takes pieces of the women’s skin to make himself a “woman suit”.

Christian Bale stars as Patrick Bateman—a successful and charming Wall Street man who has it all. But, no one knows that at the end of the day Bateman is not what he seems. Instead, he is a cold, perverted psychopath, who is more than willing to kill anyone who gets in his way or finds out his dark secret, again mirroring Dr. Hannibal Lector who was a brilliant psychologist before his conviction as a cannibal.

An off-the-cuff confession of Fenton Meiks (McConaughey) about the identity of the “god’s hands killer” leads seasoned detective Wesley Doyle (Boothe) down a dark rabbit hole into the increasing delusions of a psychotic man. The killer, Fenton’s father (Paxton), is convinced that demons surround him and that God has ordered him to be God’s vengeance. Setting out on what seems to be his holy mission, Fenton’s father becomes a serial killer in the process, making it one of the best movies like Silence of the Lambs.

After a terminal cancer diagnosis and the death of his unborn son, John Kramer begins to trap those he sees are wasting their gift of life. Trapping his victims in situations called “tests” or “games” to test their will to live, Kramer begins his transformation into the formidable “Jigsaw”, who is so-called because of the jigsaw-like piece of skin that he takes from those that survive.

A group of FBI cadets, called the “Mindhunters”, are all finishing their profiler training in a mock town set up by the FBI as a training facility. Their final project is to create a profile of a “serial killer” who has committed murders there. But, after arriving, they realize anyone’s worst fear: a killer may be among their number. A twist on the traditional serial killer genre, this movie dives into the viewer’s worst fears and how people are not always what they seem.

Looking for movies like Silence of the Lambs? Then you mustn't miss this one! Leslie Vernon (Baesel) is young average small-town guy, nice but a little odd. With heroes like Freddy Krueger, Jason Voorhees and Michael Myers, though, he is anything but ordinary. In an effort to promote himself to the slasher hall of fame, he invites a documentary filmmaker into his life as he begins his reign of terror over his little town Glen Echo, tearing apart all the ideas about the horror genre.

The San Francisco Bay area is gripped by the fear of an unknown assailant who finds fun in taunting the police with letters and cryptic messages about his past and future kills. With the killer unknown, the entire area sinks into the depths of paranoia. After the killer’s second attack, the San Francisco Chronicle receives a series of cryptic messages. Following his gaining access to one of the codes and successfully cracking it, the Chronicle’s cartoonist (Gyllenhaal) becomes obsessed with finding out who is behind the attacks—again mimicking Foster’s performance in “Silence of the Lambs” and her increasing obsession with both Lector and Buffalo Bill.