The movie Saw revolutionised the horror movie genre. Created by James Wan and Lee Whannell, the movie series very smartly combined horrific settings, grisly graphics and sensational flashbacks that found their way to intertwine with the stories being told today. Fans will swear by this cult series, talking to all who are willing to listen how and why it should be considered a classic. Here’s a list of movies just like Saw on Netflix for all Saw fans out there. Who knows, you may find another favorite niche of horror movies from our list! 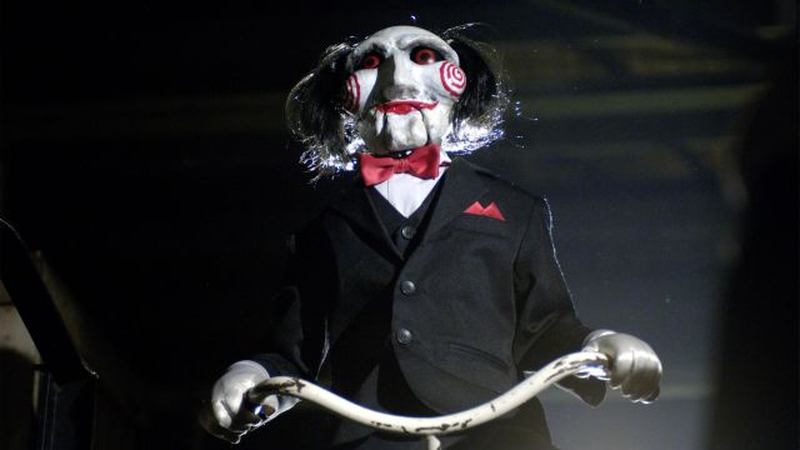 Keep in mind that these movies are like Saw and not its carbon copy, which means elements will differ from movie to movie.
1

8 candidates are called to a seemingly mundane job interview, where they’re confined in a room and expected to answer.... just one question. With 80 minutes given to answer just one question, candidates begin wondering if it’s a tricky question, and whether they’re supposed to do more than what is expected from them to prove their worth. The bottom line is – how far are the candidates willing to go to get this job? The movie is an excellent example of how we fall prey to our basest of instincts when push comes to shove.

Alien 3 director David Fincher came up with what could possibly be dubbed as one of the best psychological thrillers of all time. And if you’re a lover of gore, you’re in for a treat because this film does cater to its audience very well. Released in 1995 and starring Morgan Freeman and Brad Pitt as detectives, the movie focuses on the two trying to solve serial murders that are based on the 7 deadly sins. And here’s the twist – this is one of the many movies like Saw on Netflix, or rather Saw is one of the movies that like SE7EN on Netflix. When Saw came out in 2004, a LOT of parallels were drawn with SE7EN. If you don’t believe us, just watch the movie.

The mildest word to describe this 2009 Lars von Trier movie is – perturbing. A couple has just lost their child, and they visit a secluded cabin to just get away from it all so that they can start their lives afresh. However, the couple soon realize that what is, is not what it seems. Soon enough, fantasy and reality start intermixing, leaving the audience with a movie that is violent to the core.

The movie revolves around a man who gets wrongly sent to a mental asylum, where he becomes the subject of several questionable and obviously illegal experiments. Throughout the course of the experiments, he gets to know many dark secrets about himself as well as the asylum he’s put in. So what will happen next?

Hostel is one of those movies like Saw on Netflix which are a LOT more visually extreme and disturbing than the entire Saw series put together. Yes, we’re not joking. As the movie unravels, viewers find out that rich Europeans capture and torture American youths in Slovakia just for the sake of it. And the way that those poor souls are tortured..... best not to think about it.

This 1997 film is like the Sci-Fi version of Saw. Cube is a highly entertaining film with a concept similar to Saw but is far more science fiction based. It follows the actions of 5 strangers who wake up in a room shaped like a cube (26 rooms x 26 rooms), with no memory of how they got inside it. The room has several doors, but a lot of those doors lead to deadly traps. So do these people manage to find their way out, or do they die one by one?

This one is a remake and in no way will it be disappointing (don’t believe its IMDB rating). Sure, naysayers will always cry, but this is a psychological horror film worth seeing. 26 volunteers are chosen for a psychological experiment where they’re supposed to take on the roles of prisoners and guards. The violence, drama, tension and fast pace of the movie are what make it stand out.

Inspired by the Stephen King novel of the same name, the plot focuses on an author who is saved from a car crash by his biggest fan, Annie Wilkes. After taking him away and keeping him in a very remote location without alerting the authorities, things take a turn for the worse when she realizes her idol didn’t write the book as she had expected him to write. So what happens when admiration turns into obsession? Keep an eye out for one of the most underrated movies like Saw on Netflix.

Nobody likes ventriloquist dummies, and even though there have been quite a notable number of horror movies on the subject, none compares to Dead Silence. Made in 2007 by James Wan (the director of Saw), the movie revolves around the death of Mary Shaw, the subsequent murder of several townsfolk with their tongues cut out, and 100 ventriloquist dummies that were mysteriously dug up in the middle of the night....

If you want movies like Saw on Netflix that focus on blood, gore and graphic violent scenes, then The Tortured is the movie for you. A psychopath kidnaps, tortures and murders a young girl, whose parents seek vengeance. Upon finding the murderer, the couple does to him what he did to their child. Warning: The movie is NOT for the faint of heart.