We have learnt the ancient history from the Bible. However, some of the histories of civilizations become distorted, neglected and lost throughout the years. This is why studies are showing that there may be more lost civilizations than what have been though. Here are the top prehistoric civilizations that are entertaining and interesting to everyone. One in today's world can learn a great number of lessons from them. 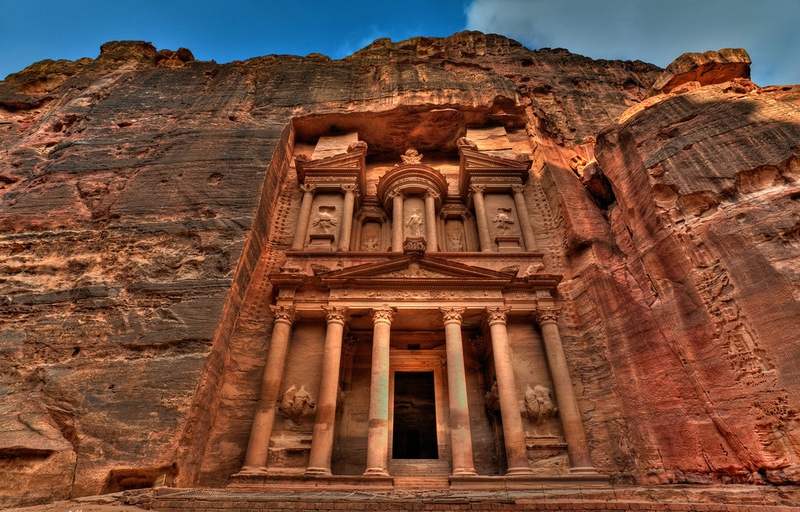 This prehistoric civilization began in 10,000 years BCE. The location is in what we now know as Turkey, and it seems that it was not considered as a permanent residence for those who were traveling in the area, though there have been religious figures that stayed here like Gobekli Tepe, which probably represented the Mesopotamian civilization at that time. The reason for the falling is still unknown, but archaeologists will keep studying it and try to find out the answer.

This is one of the first lost civilizations that people know about. This location existed during 6500 and 7000 BCE. It is located in what we know as the Egyptian Sahara today. The reason for the civilization becoming lost is most likely due to the change of weather patterns. People in that civilization were basically relied on farming. They worked on the land, created great ceramics and even left stone circles that show they have some attained some knowledge about astronomy.

Çatalhöyük is often thought to be one of the world’s oldest cities. The area was seen around 9000 years ago. It can be seen in the place where is southern Turkey now. Though the civilization did not have much at their disposal, the findings show that they did have advanced ancient technology within their grasp. The reason for the city being abandoned is not really known, though many believe that disease and weather may be related to its decline.

This was a highly popular area that could have had as many as 5 million people living in it. This is located in what we now know as Pakistan, Iran, Afghanistan and India. The reason for the civilization falling is not known, but it is more than likely due to the changing weather patterns, which made it harder to grow food and forced people to move away to find the type of land that was able to sustain them.

This ancient civilization is located in the Taklamakan Desert in China that was once thought to be a big part of the trade route. The area was thriving over 1600 years ago. The reason for the demise was that the increased use of water for traveling made this area somewhat obsolete. Due to this, less people traveled through and many people started to move away for better areas that can attract more travelers.

This is one of the lost civilizations that were seen in the United States, long before it was settled by the Europeans. The civilization was seen 600 to 1400 AD and people can still see some of its remains in Illinois. The city was rather advanced in that they had used part of the river and redirected it to flow through the city. However, the city became obsolete later down the line. The reason for this is unknown, but most researchers agree that this was due to disease. Despite their many technologies, they did not have any form of sanitary system.

This is probably one of the best known lost civilizations that people are familiar with, as it is commonly discussed just how advanced ancient technology that it had. This was thought to be a civilization that was seen during the year 900 AD. This civilization was known for its astronomy and math practices. The reason for the civilization demise was due to climate change which resulted in people not being able to get the foods they needed.

Located in Cambodia, the city is now under the jungle, but at one time it was well connected by many roadways and canals. It is now thought to be one of the biggest urban civilizations in the world around during 1000-1200 AD. The reason for its decline is unclear, many people think that war or disease is what occupied the area and forced people to leave.

Located in a city within Afghanistan, there is a monument that shows where the Turquoise Mountain was once. The area was once home to several different religion groups that lived in the area in harmony, which is an amazing feat of its own and many people think it as an abstract idea that has no reality. The area was thought to be a cosmopolitan area, though it is unsure of what made the area decline and people start to leave.

Easter Island was thought to be developed during 700-1200 AD, and is well known for its statues of enormous heads. A large majority of people cannot understand how the people there at that time could develop these types of statues. The civilization was thought to have diminished due to the fault of the people. It is believed that the people cut down all the trees and used all the natural resources so fast that they had to move on in order to survive.