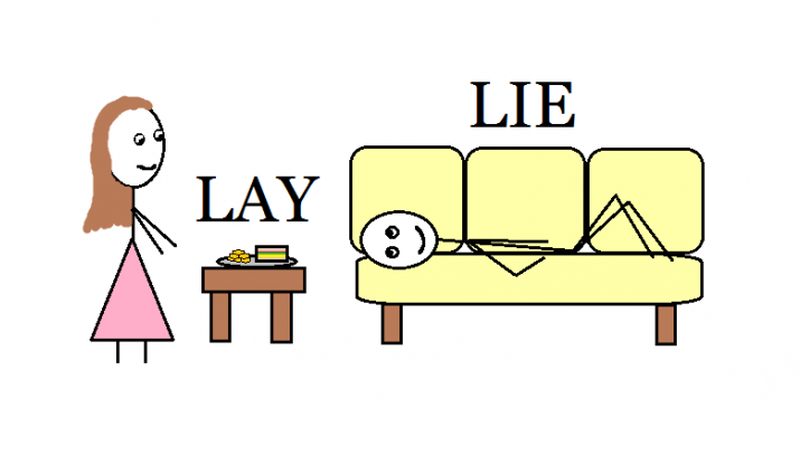 Lay vs Lie: What's the Difference?

There are two main reasons that explain why the verbs “lie” and “lay” make people confused, even among native English speakers. First, “lie” and “lay” can mean almost the same thing. Second, the past tense of “lie” is identical to the present tense “lay,” which can cause confusion. If you don’t know the difference between “lie” and “lay,” the following explanations should lay your fears to rest.

What's the difference between lay and lie?

The simplest way to distinguish between “lay” and “lie” is to know that “lay” is a transitive verb. This means that it is a verb that is used with one or more direct objects. For example:

On the other hand, “lie” is an intransitive verb, which means it does not have a direct object. For example:

Now that we have discussed some of the differences between “lie” and “lay,” let’s look at the different definitions of each word, as well as a few more examples. This will address other confusing aspects of the “lay” vs “lie” comparison by reviewing other forms of the words, such as “lying” and “laying.”

Lay vs Lie: How to Use Them Correctly

If you want to double-check your grammar skills when it comes to lay vs lie, the handy quiz below can help: