Kim Jong il was born in the year 1941 or 1942 and has been known as one of the most dominating and powerful men in North Korea. His influential personality is somewhat of a controversy among different schools of thought and some believe that his life and character were something to look up to. His methods have been successful in developing the country known to many in present day as North Korea. 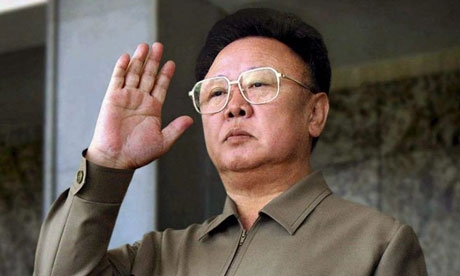 Who Is This Kim Jong il Man?

Kim Jong il was a man who was recognized as the Supreme Leader of Korea, which was later recognized as North Korea for a seven-year period, from the year 1994 to the year 2011. He took his position of power after his father Kim II-Sung passed away in the year 1994. At that time, Kim Jong il was actually the General Secretary of the Workers’ Party of Korea. He was also the Supreme Commander of the Korean people’s army which is ranked number 4 in the largest standing armies of the world. Kim Jong il was also the Chairman of the National Defense commission of his country. His father, on the other hand, was the person who founded the DPRK.

In the year 2009, in the month of April, the constitution of North Korea was amended to include the reform that Kim Jong il would be addressed by all at all times as the Supreme Leader of the DPRK, therefore earning him the title of Supreme Leader of the Democratic People’s Republic of North Korea. By his people, during his own rule, Kim Jong il was mostly referred to as the Dear Leader. His father, on the other hand, was more popularly addressed as the Great Leader instead of the Dear Leader.

Kim Jong il passed away in the year 2011 on the 19th of December. He was succeeded by his own son Kim Jong-un. He was also promoted in the ruling Worker’s Party to a very senior position that offered great honor to him. Kim Jong il was posthumously declared to be the “Eternal General Secretary” of the Worker’s Party of North Korea and he was also named to be the Eternal Chairman of the National Defense Commission. This is a tradition that people in North Korea follow which allows them to establish and to maintain eternal positions of power for rulers and leaders who have passed away. These rulers and leaders must be from the Kim dynasty.

Here are some interesting and rare facts about the late Kim Jong il who had a very interesting life story. Some of these facts are basic information about his life and his family, but others encompass a wide variety of interesting facts that you probably did not know about Kim Jong il: