Japan, where Nintendo, sushi and even a festival that celebrates the penis originate from, is a country with some really creepy, bizarre yet captivating past. Like most cultures, Japanese culture is also enriched with urban legends and stories of the dark forces. These stories are associated with cultural practices and taboos that are inherited from their forefathers.

This legend is about a stranger who stops a taxi in the middle of night. It is said that the person always takes the backseat and asks the taxi driver to take him to an unheard destination. When the taxi driver shows reluctance, the person assures the driver for guidance. He then gives strange instructions and complex direction that often leads to unknown alleys and streets. The aimless tours and lame instructions remain futile and driver gets more and more agitated. He turns back to the client to inquire about the destination, only to find that there is no one on the backseat. When the driver tries to run-away, he ends-up unknowingly drive off a cliff and die. 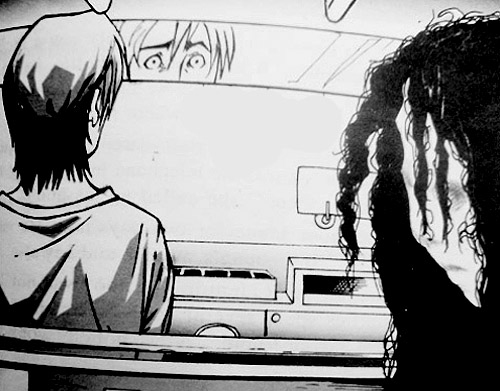 Noh Mask is classified as the most scariest and creepiest of all Japanese urban legends. Noh Masks are premium-priced masks that are used in opera performances. These masks are secured by rich people for safety.

The appearance of these masks is creepy mainly because half side of the face has crying expressions while the other half is smiling, but even more crazy is the fact that mask has the power to absorb the negative aura or energy (anger, hatred, anguish) from the owner. After persuading the owner to wear the mask, Noh Mask then control and consume the negative aura until the owner begins to rot. Even creepier, Noh Mask switches the body once the owner is dead but it doesn’t leave the corpse behind. In fact, it sticks the old body onto the new body, which makes it the most dangerous legend as well.

More about the appearance and origin of the Noh Mask: http://yokai.com/hannya/

Hone-onna, one of the creepy Japanese urban legends, is a gorgeous woman who is dressed in a kimono which covers her entire body except wrists, neck and face. She is incredibly beautiful, with smooth skin and long neck, but her beauty is a disguise. Hone-onna allures lonely men in dark alleys by teasing them with her looks and style. When she is succeeded in taking the man to a quiet place and convincing him to undress her, the reality of her beauty is exposed. Because under her fleshy kimono, there is no skin. As soon as the man sees the flesh and bones, the Hone-onna embraces him and sucks away his life and soul. Hone-onna can be compared to Succubus of western world (who preys upon the young men).

Human pillar is quite weird among the Japanese urban legends. Just take a look around the walls behind you, nothing happens right? Now imagine that your body or someone else's body encased in the walls, and that is human pillar.

Ancient Japanese believed that using human skeletons or parts of their bodies in construction would yield a strong support to the buildings. They also believed that the use of human skeleton would serve as a sacrifice to god and thus render more stability to the architecture. Many buildings to this date have human skeletons in the foundation. This include the Matsue castle and the Jamon tunnel. Train drivers have reported hearing ghostly noises under the tunnel, which is believed to be the screams of those who were buried in the walls to support the foundations.

Among the Japanese urban legends, the red room curse is perhaps as creepy as things can get. It is said that a pop-up message is received on the computer, which upon clicking takes you through a series of questions and you'll find your name by the end of a list of names in the rudimentary Flash. The creepiest thing is that you may even find some of your friends on the list. Next day, you will be found dead in your apartment with red blood covering the walls of your room: YOU'VE COMMITTED SUICIDE.

As with other urban legends, there is a sense of truth attached to the story. Though there is little evidence of any reports, one sudden murder accident shook the entire Japan. Known as the "Sasebo slashing," it was about an event happened in 2004 where a 14-year-old student killed her best friend and later the "Red Room" video was found in her computer browser history. 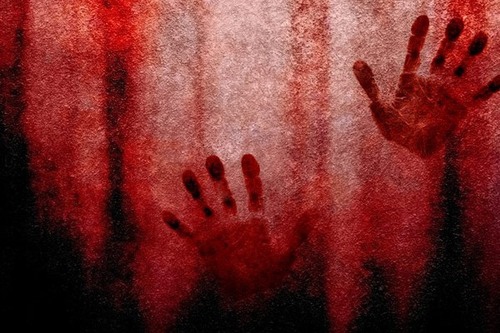 Cow head is one of the scariest of all Japanese urban legends. Whoever listens to the complete story will experience fright and nightmares for many days. Legend says that the cow head related horrifying events started in the seventeenth century, but origin of the story is still a mystery.

One of the scariest and most famous incidents of the cow head story was when a Japanese teacher started telling some scary stories to calm students while travelling on a bus. Once he started narrating the cow story, he went in a state of trance and despite the shouting and pleading of his students to stop telling the story, the teacher could not help himself. By the end of the incident, the teacher fainted and all the children started foaming from their mouth. The driver was so scared that he sweated profusely and tremble out of horror. It is believed that people who hear the story get so scared that the horror eventually takes their life.

The origin and history of this legend can be linked to a Japanese girl named Okiku, who once owned this doll. According to this legend, the kimono-clad, small doll is possessed by Okiku herself. People even claim that the hair of Okiku doll grows even after the hair-cuts (even to this date). An experiment was conducted on the doll’s hair which surprisingly yielded that the doll possess the hair of little girl. No scientific or theoretical explanation have provided the answer to this weird mystery. 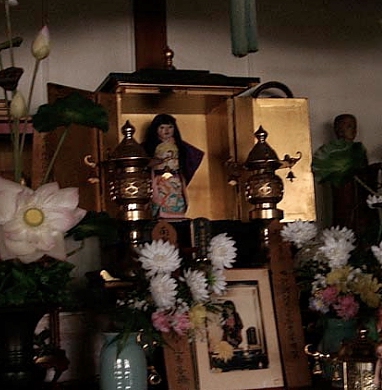 The tragic fire at the Shirokiya departmental store in Japan is remembered as a bizarre incident that claimed 14 lives in 1932. This sad and unfortunate incident was also strange in many ways.

In December1932, when the fire and smoke filled the departmental store, the employees were able to get up to the roof of the eight-storied building. Firefighters then advised the workers to use the safety ropes to be rescued. The store staff started their rescue journey via safety ropes; however, when they get to the middle, a very strong gust of wind blew. Like the usual tradition, all the women were wearing the kimono (a traditional Japanese dress under which no underwear is worn). The females on the rope felt that the strong gust of wind would expose their private parts to the growing crowd of public below and to protect their modesty, they let go of the ropes.

However, there are a few facts that should be considered. First of all, Kimonos are very properly secured that leaves no chance for any type of indecent exposure in such circumstances (such as strong winds). Additionally, Japanese male and females were used to participating in nude spring baths for many years, which makes the sudden feeling of shame and modesty extremely suspicious. Yet the deaths are still documented in Japanese firefighting manuals and textbooks, so what are we supposed to learn from it? That wearing undies is extremely significant in case of a fire?