Islam and Muslim: A Great Compare!

Islam, being the second most followed religion of the world, has over a billion followers. It was introduced in Mecca, Arabia, over 1400 years ago by the Prophet Muhammad. There are five pillars of Islam and the Qur’an regulates and teaches every phase of Islamic law, while the practical examples of the Prophet Muhammad, which are called the Sunnah, also act as guidelines alongside acts of worship and lifestyle advice.

Although it is a universal religion with people embracing it from Asia, Europe, Africa, America and the Middle East, some corners of the world still fail to recognize or comprehend its depth and breadth. Certain misconceptions had been created by Western writers of the past, questioning even the most essential foundations of the religion. For example, the Arabic roots of the terms “Islam” and “Muslim,” were explored in deep detail, which further led to the exploration of the language itself. English speakers incorrectly assume that the same root in two Arabic words denote a relationship between the meanings of the words, which is mostly not the case. 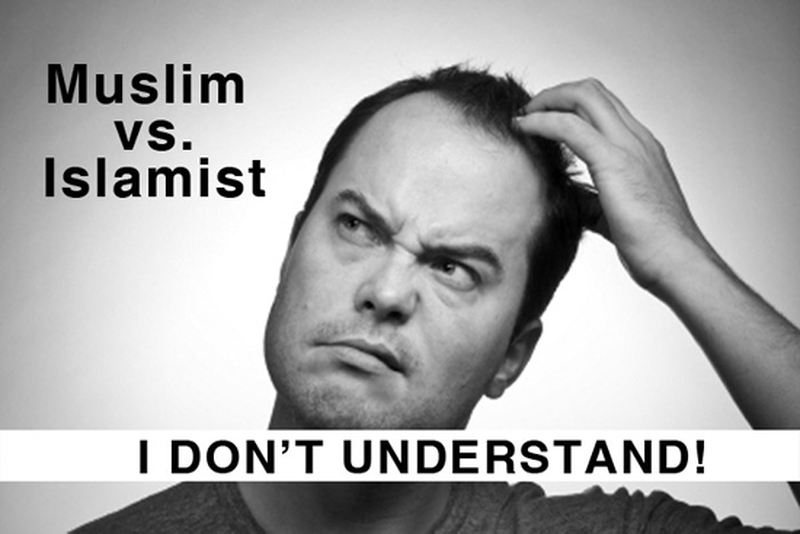 Deriving from the Arabic triconsonantal root sīn-lām-mīm (S-L-M [ س ل م ]), Islam translates basically into “submission” or “surrender.” However, from the same root word, the words “peace” and “safety” are also drawn, which make it simpler to understand the term “Salaam,” the widespread official Muslim greeting. Islam is the entire body of Muslim believers, a basic principle of which absolute submission to a personal and unique God, Allah, is key.

Derived from Arabic, its literal meaning is “the one who surrenders.” A Muslim is a person believing in and consciously following Islam.

Islam is commonly used in conversations and discussions, in order to represent the religious entity of the believers as a whole.

For example: That Islamic neighborhood welcomes people from all religions and cultures to their Eid festival.

Furthermore, the word Islam can also be used when referring to the religion as a noun itself.

For instance: Islam is a religion of peace, which bases its teachings on the way of the Prophet Muhammad, and the laws of the Holy Quran.

Muslim is commonly brought up where a person is being characterized and distinguished.

For instance, “Do you remember the Muslim man who owns that restaurant?”

At the same time, it could be used to describe or categorize someone at the core of one’s religion or religious beliefs.

Interestingly, as Muslims living in particular places are still in minority, describing them with the term Muslim may display their dressing style or lifestyle in accordance with their religion.

Misuses of Islam and Muslim

If you want to understand the comparation Islam vs. Muslim clearly, you should also know how misused they are.

Islam should solely indicate religion or acts of faith in the name of the religion, but not to pinpoint someone who practices the religion. Therefore, one cannot say, “Islamics practice Islam” or “the Quran is the Islamic Holy book.” On the contrary, saying Islamic community or Islamic art, for example, is not wrong. Thereby, grammatical errors should be avoided to reduce ambiguity.

In Arabic, the word Muslim is the participle of the verb with addition to Islam as an infinitive. A Muslim is a person who exclusively dedicates worship to God. Therefore, the word Muslim should not be used to represent faith itself but the people and followers. For example, it is more correct to say “Muslim people practice Islam” instead of saying “people practice the Muslim religion.”

What About Shia and Sunni Muslims?

After know all the things about Islam vs. Muslims, you should also know the differences between Shia and Sunni Muslims.

The main difference between Shia and Sunni Muslims is that these two sub-groups stem from political differences, not spiritual ones. Anyhow, it’s true that they both share the same central core beliefs and articles of the Islamic faith. On a bigger scale though, as centuries passed by, these political differences gave birth to diverging practices and positions that later on became significant enough to impact people spiritually.

Their division gave root after the passing away of the Prophet Muhammad, when the take on leadership was to be addressed. The argument lies where the first Caliph, Abu Bakr, was elected by the Holy Prophet and there rose a minority of Muslims believing that leadership should have been inherited by the Prophet’s own bloodline, his son-in-law and cousin, Ali bin Abu Talib.

The term Sunni stands for “follower of the traditions of the Prophet.” The term Shia, stands for “supportive party or a group of people.” Throughout decades, their division was based on the line of Imamat, which they believe were appointed by God Himself or Prophet Muhammad.