In To or Into: What's the Difference?

A befuddlement of many writers is when to use “into,” which is one word, or “in to,” which is two words. Although they sound the same when spoken and look similar when written, they can mean very different things. 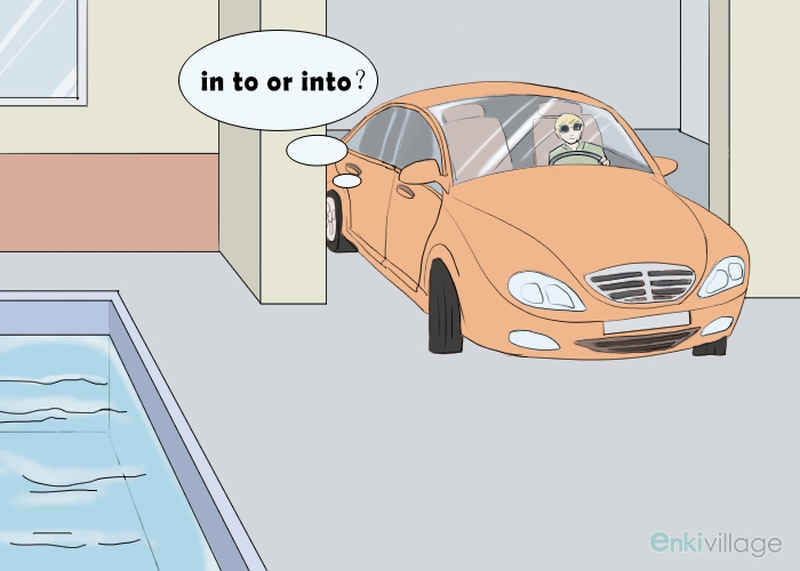 In To or Into: What's the Difference?

One way of knowing when to use “in to” or “into” is to understand that they are two completely different words that have little in common. Most of the time, “in to” is an adverb “in” which is followed by preposition “to.” When this is used, “in to” occurs merely because of the way the sentence is written and “in to” can be thought of being synonymous with “in order to.”

Unfortunately, like many other rules for the English language, this rule of thumb has exceptions. For example:

In these sentences, "in" is often a part of a phrase, like "turn in" or "give in". "To", on the other hand, is closely attached to the phrases behind it.

The word “into” is a preposition that is used to indicate motion in the direction of the interior of a location. “Into” used in a sentence can be thought of as answering the question of where something is or is heading. For example:

In or Into: What's the Difference?

---The car was headed into the garage.

---The student placed the book into the locker.

---He is already parked and heading into his office building.