How to Tell Someone They Smell

Sometimes life puts us in situations that just, well…stink…or at least the person next to us does. If there is someone in your life that often ranks high on the smellometer, it can be a tough situation. If you spend much time near them, depending on what type of odor and how strong it is, it can actually make you have a headache or feel nauseous. It could just be slightly uncomfortable or it could be so distracting you find it difficult to concentrate on anything else. What do you do? Do you tell them they reek? Show up with a clothespin clamped on your nose? How do you tell someone they stink?

If this is a friend, family member, co-worker, employee, or someone else you spend a lot of time with, it can be a touchy situation. Do you just let them live in ignorance, offending people around them and hurting their own reputation while resentment builds up in you because you have to tolerate the situation, or do you figure out how to tell someone they smell? 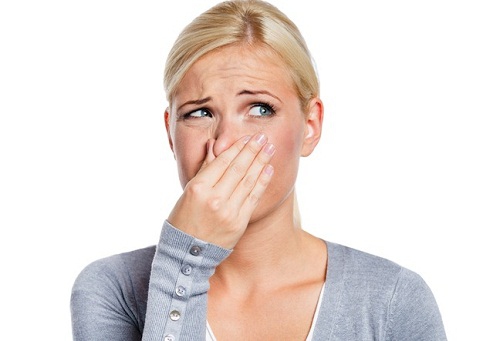 What Kind of Smell Is It?

First try to determine what type odor it is. Is it plain old BO or dirty clothes, the smell of cat urine, or some other smell they can take control over? Is it an overload of perfume or cologne? Or is it caused by a medical condition requiring a medicine or cream that is necessary for their health? If one of the prior conditions, it needs addressed. If one of the latter reasons is causing the odor problem, there probably isn’t anything that can be done about it.

So, how to tell someone they smell? There are some tactful, subtle ways to approach the situation, but spoiler alert: They don’t often work. You can try giving them a gift of fragrant soap or a bath kit. If the culprit is too much perfume, you can use your allergies as an excuse to ask them to cut back. Either way, be prepared for failure and get ready to take the next step: a one-on-one conversation.

Discretion Above All Else

If you care about this person’s feelings at all, be discreet. Find a private place and time to broach the subject, never where others can overhear. After all, being told you stink is embarrassing and demoralizing enough, even without having other people in the conversation.

You can always find something nice to say about someone, so start with that. For instance, “Jack, you are one of the hardest working guys I know,” or “You have such a kind heart, Jane.” This will give them something positive to take away from the discussion and hopefully ease the awkwardness of the situation.

Don’t Beat Around the Bush

When you’re asking yourself how to tell someone they stink, think of the most tactful, direct approach you can. Now is not the time for subtle hints that might go over the person’s head or not be taken as directed towards them. You have to say something like, “John, if I had a booger on my nose or something on my teeth, I hope you’d be kind enough to tell me, so I could correct the situation. That’s why I need to tell you that lately there’s an odor around you that isn’t pleasant. Something smells and I thought you’d want to know.”

This approach allows you to act as a friend rather than a critic. It lets them know that this is something you’re doing to help them, not to hurt them.

After that, it’s up to them. You can’t make them take steps to get rid of the stink, just like you couldn’t make them blow their nose if there was a booger on it. You did your part. Now, after you figured out how to tell someone they smell, it’s up to them to figure out the solution.