How to Make a Smoke Bomb

The humble looking smoke bomb was developed for the first time in 1848 by Robert Yale in. He experimented with firecrackers that were popularized by the Chinese in the 17th century and manufactured these in his lab. Gradually, he went on to perfect the formulation that resulted in the creation of fireworks that spewed dense smoke which lasted for a greater length of time.

These smoke bombs are prepared by blending potassium chlorate (an oxidizer), sugar (functioning as a fuel), an organic dye in powdery form, and sodium bicarbonate that works as a moderator preventing heat buildup. Once this mixture is ignited, the organic dye starts to evaporate and is forced out as smoke. Following are some simple tutorials on how to make a smoke bomb in the comfort of your home. 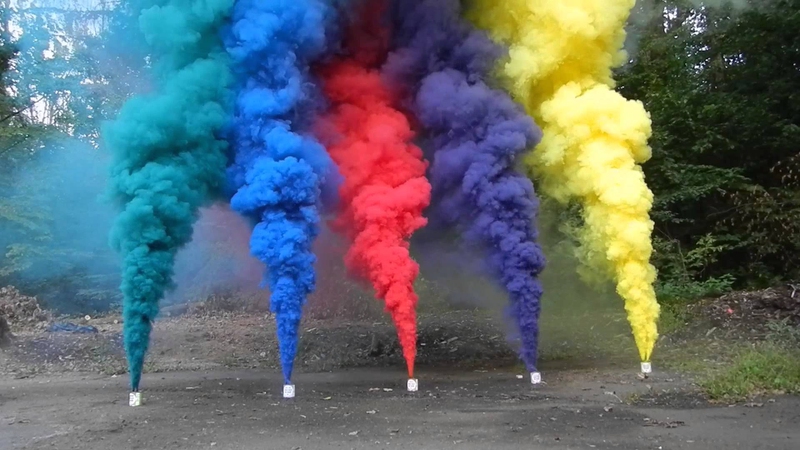 How to Cook a Perfect Smoke Bomb

Though it may not be possible to manufacture a smoke bomb exactly like the ones you buy from a fireworks shop (owing to lack of resources and/or expertise), you can always make a crude smoke bomb on your own.

First, you have to get the ingredients needed in making the smoke bomb. The ingredients you’d generally need are KNO3 (potassium nitrate or saltpeter), sugar, frying pan, and aluminum foil.

How to Make a Smoke Bomb with Ping-Pong Balls

Making smoke bombs is much easier when you use ping-pong balls. And all you’ll need are ping pong balls, aluminum foil, lighter, and a pencil.

Every ping pong ball turns into a smoke bomb after going through the following steps:

If you’re wondering as to how ping-pang balls produce smoke, you’d be pleasantly surprised to know that a ping-pong ball is nitrocellulose material which is inflammable.

With many ping-pong balls

The instructions on how to make a smoke bomb with the help of multiple ping-pong balls are also quite simple to follow:

How to Make a Smoke Bomb with Ammonium Nitrate

The procedure of formulating a smoke bomb using ammonium nitrate as the chief ingredient is engrossing as well. For this technique, you’ll need a cold pack, a piece of old newspaper containing numerous sheets or pages, and a bucket. A cold pack could be purchased from any chemist shop or drugstore.

If you followed the tutorial on how to make a smoke bomb with ammonium nitrate but the bomb failed to work, do be disappointed and with some experiments, you will make it.

How to Make a Colored Smoke Bomb

Making smoke bombs that emit colorful fumes is simple as well. However, you may have to give up the idea until and unless you can procure some ingredients that are to be found only in a laboratory or know someone who can supply you with the same.

The ingredients you’ll need will invariably depend upon the color of smoke you’re looking to create.