How to Deal With Teenagers: Remember 6 Basic Rules and Watch Out for 9 Dangerous Signs

Teen years are the troubling years for parents. Your 13-to 19-years-old is in their rebellious phase and you need to steer them in a positive direction. To do so, you will need to develop more empathy and change your expectations, establishing the line they shouldn’t cross. So you may want to know how to deal with teenagers. It is intimidating going into it, and our article is merely going to outline what needs to be done as straightforward as possible. Remember that the focus should always be making sure your children are always happy and healthy. 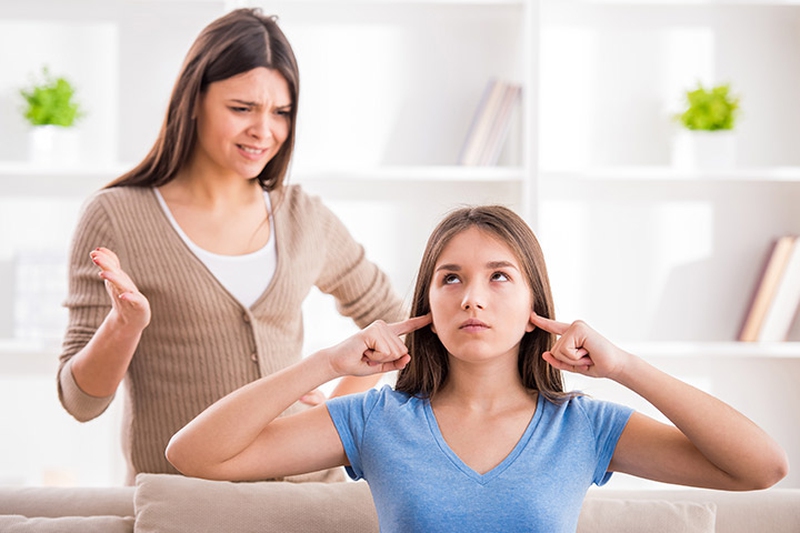 How to Deal With Teenagers: Remember 6 Basic Rules and Watch Out for 9 Dangerous Signs

Adolescence starts at a different rate for everyone. Early bloomers and later arrivers are normal, so are slow growers and speedy developers. There is a wide range of growth rate than you could consider as normal.

What’s important is knowing what makes puberty and adolescence distinctive to each other. Puberty is not only the development of the physical sexual characteristics of an adult, such as pubic hair, facial hair, menstrual periods and breasts. These are only the visible signs of impending adulthood, but puberty causing physical changes has been going on since they are 8-14 years old in general. There are chemical changes inside that you can’t readily perceive. These are what we consider adolescence.

The announcement of adolescence can be seen as a dramatic change in behavior, especially around the adults. They become more independent as they attempt to separate themselves from their parents. At the same time, they are increasingly exposed to peer pressure and they start to be aware of how others see them. Desperation to fit in becomes an issue for them. Soon after, decision-making to gain the approval of their peers becomes the utmost importance, more than that of the parents.

These episodes of trying different identities and looks are what usually results in conflict and distress with parents. You have to be familiar with how to deal with this “It’s not a phase” phase.

Respect and Honor Your Teen

Your child wants to start being treated as another adult. Screaming at them constantly will only lead to potentially emotional damage, prone to insecurity issues as an adult. No one enjoys being belittled. It’s your turn to change your attitude when talking to your teen. Respect what they have to say, ask what they think about something, and understand where they are coming from before reprimanding them. If they are into certain sports, watch games with them or get them involved. If they are musically inclined and want to learn new instruments, pay for it, but make sure it’s something they really want to invest in. If they win an award, make a special occasion out of it, maybe take them out for dinner. Essentially you are opening up more options for privileges for them, slowly and when you think they are ready. This is a fine line to balance where they deserve respect while making sure you are still the figure of authority in their life.

Compromise and Find a Common Ground

Discussing teen’s clothes and appearance is a pretty sensitive topic for a heated argument. Find a common ground that you both can connect with. For people with sports backgrounds, connecting over that sport is a good start. Watch movies with them and discuss the opinions. Your main objectives are to get them to open up over a peaceful discussion of common interests, being best friends can wait as you still need to be their parents. Once they are feeling more comfortable talking with you, they could feel safe to discuss other things.

Expect negative reactions from you attempt to connect: irritation, anger and whatever you can expect from the typical teen. Give them their time and space to cool off. Both of you should be calm before trying again. It will take time and effort for a successful connection. Don’t be easily discouraged, continue to persevere and you might receive a breakthrough soon.

This is very important for how to deal with teenagers: Before you question your teenagers over suspicious behavioral patterns, start by examining yourself. It’s a possibility that your teen is learning everything from you. Behave like how you want your child to behave. Being a hypocrite will only lose you that respect from your teen. If you are a smoker and found your teen smoking, then you should quit first before expecting him to do the same. If you are always late for your obligations and appointments, then don’t get upset when your teen ignores your curfew and comes home late at night.

This is probably the hardest one to accomplish as a parent. What your teen does is his/her own business. Part of growing up is having more privilege to have more and more privacy. Unless you start noticing something worrying, invading your teen’s privacy until you get it resolved might do the trick. Otherwise, give them their own personal space.

The content of your teen’s text, phone calls and computers is all off limit. It’s part of growing the trust and respect your teen has for you. Don’t expect them to share everything with you, but expect them to open up more from time to time when they decide so. But for safety reason, you have all the right to know where and with whom they are going, at what time they are returning and what they are doing. Don’t go into the details and don’t pester them on it too much.

Trust them. The reward for trust is more freedom, and when they broke it, the punishment will be less freedom, only until it is rebuilt.

At such sensitive years of development, you still need to oversee some drastic behaviour and personality switch that you might deem trouble. Often professional help is necessary.

Watch out for the following signs:

There are others inappropriate behavior lasting months that can be caused by underlying trouble. While you can expect your teen to have bad grades or random behavior during, this time, your teen on the honor roll grades should not be suddenly failing, and the outgoing teen should not suddenly be locking himself in his room after school every day. Talk to them, if you fail then get a counselor to get them to talk for you.