How to Cool Down Your Phone: Try These 8 Methods When Your Phone Is Hot!

Introduction
How to Cool Down Your Phone: Try These 8 Methods When Your Phone Is Hot!
1 Avoid Hot Places
2 Use It Less
3 Turn It Off and On
4 Separate Your Electronics
5 Take Off Phone Cover
6 Remove Unnecessary Apps
7 Avoid Huge, Battery Consuming Games While Charging
8 Use Specific Apps

Summer, the celebrated season of swimming, tanning, margaritas and ice creams that melt too quickly, although the same can’t be said to your smartphone and every other portable gadget. Overheating poses a serious risk for your electronic products, potentially damaging or destroying your electronics indiscriminately. Fortunately, you can lower that risk of having the heat doing so, unless, of course, you choose the obvious way of leaving your electronics in the fridge all summer long. How to cool down your phone? Here are some tips to get you started to protect your devices. 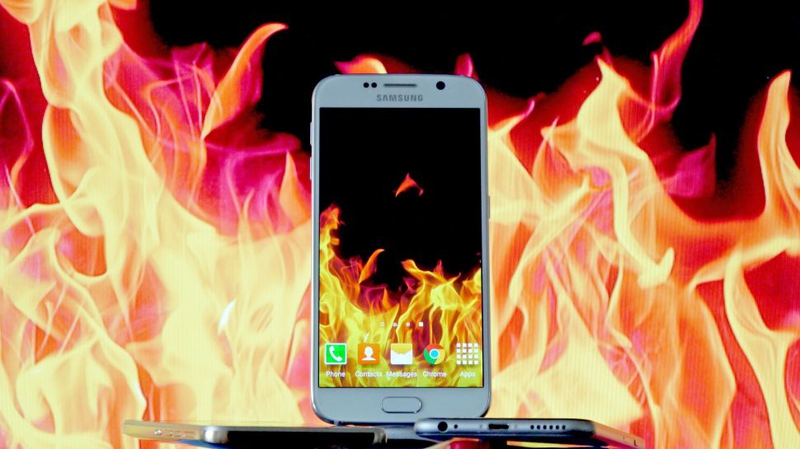 How to Cool Down Your Phone: Try These 8 Methods When Your Phone Is Hot!

This should be the most obvious one. Surrounding temperatures play a huge factor in the well-being of your beloved smartphone. The heat inside a car, for example, could easily swell up to 20 degrees higher than outside on a hot day, easily raising up the heat from an 80 to a 100 degrees hellhole. The glovebox isn’t exactly safe either.

Naturally, you wouldn’t want to leave your electronics under direct sunlight either, or pretty much anywhere you can expect the temperatures to rise ridiculously. There’s tons of little sensitive circuits in your phone and you will rather not take the risk. While some phone has been developed to be weather proof, the battery could still swell up on the lucky days, or simply explode.

Stop getting glued to your phone. Not only will the phone heats up from the processing, then ends up working overclock in the hot temperature as well, coupled with the extra warmth of your palm, you would rather put the phone down more regularly. Just leaving it while you are doing other business will give it ample time to cool itself down.

Turn It Off and On

This instruction is sort of becoming a running joke now, but it does work effectively for most electronics problems. Reboot your phone to have it refresh. It doesn’t take much effort and time. If your phone have too much information stored, however, it might be better to leave it on, since booting up all those information might take years and ends up eating up more power. So if you only use your phone that doesn’t have a lot of apps, rebooting can give your smartphone just enough rest it needed to come back to life.

Don’t stack your phones, laptop and tablets stacked up against or top of each other, especially if it’s inside your bag! The heat could end up transferring to each other, making it more difficult for the respective device to cool itself down. They end up more prone to overheating and higher risk of getting damaged.

Something that people often miss out is that the protective case for the smartphone doesn’t really work as well when it’s a hundred degrees outside. Phone cover could trap heat and make the cooling down process more difficult for your phone.

If your phone tend to overheat even in the colder area, consider that your phone have too many thing to process even during down times. This could include apps you have never used, apps that run in the background, games, ringtones, etc. Do your due diligence monthly and get rid of those apps you never touch anymore to lighten the workload.

High definition performance intensive game sucks the life out of your battery and push your processor to work at its maximum capacity. So you end up playing with your smartphone plugged in. That’s not a really bright idea since charging itself could produce heat in the battery, plus all the processing to run the game, your device is going to heat up in no time. How to cool down your phone? Just leave it to rest while it’s pumping in the fuel.

Ironically, after the instructions we gave to reduce the number of apps in the smartphone, you can actually use apps to cool down your phone. Battery-cooling app is available to maintain the efficiency and health of your device’s battery.