How to Become Immortal

Ever wanted to become immortal? You probably have, as have many other humans. Everyone desires to avoid death either out of thirst for knowledge, a love for living, or simply out of fear. On the other hand, most humans see it as a curse. Humans are fascinated by life. Since it goes on forever, there are so many myths associated with immortality. Here, we delve into the theories and myths advanced on how to become immortal.

Wondering how to become an immortal? As Japanese legend has it, one way is to eat a mermaid. Japanese mythology describes a mermaid-like creature called Ningyo. Ningyo is believed to be a carp and monkey cross that lives in the sea. If caught, the mermaid is associated with bad lack and a stormy weather. Another myth talks about a girl called "Eight hundred nun“. Her father supposedly brought her ningyo meat by mistake. She ate the meat and ended up being cursed with immortality. This girl devoted herself to Buddha and became a nun after the death of her many children and husbands. She was eventually allowed to die at 800 years probably because of her holiness.

In Christian mythology, there was this Jewish man that taunted Jesus on his way to be crucified, who is said to have hit Jesus with a shoe and asked him to hurry up. Jesus told the man that he would have to hang around until Jesus comes back. After realizing what had happened, the man converted to Christianity, took up the name Joseph and got baptized. The curse included him not being allowed to rest except briefly during Christmas. Every a hundred years, he would become extremely sick, get into a fit for a long time and then go back to age 30.

Get a God Angry

Are you wondering how to become immortal? Many Greek myths involving mortals described them to be extreme pride or hubris. So, many of them were punished to live forever because they had challenged or tricked the gods.

Sisyphus in his early life had tried to trick Zeus which resulted in him trapping Thanatos, the death personification in Greek mythology. This resulted in a world where nobody could die. This issue really bothered the god of war (Ares). Consequently, Sisyphus was punished to roll a boulder uphill during the day and then downhill during the night.

Another myth describes King Ixion who went to Zeus to seek forgiveness after killing his father-in-law. But he tried to rape Hera on Mt. Olympus. Zeus discovered and tricked him with a cloud in the shape of Hera. As punishment, he was strapped to a flaming wheel eternally. 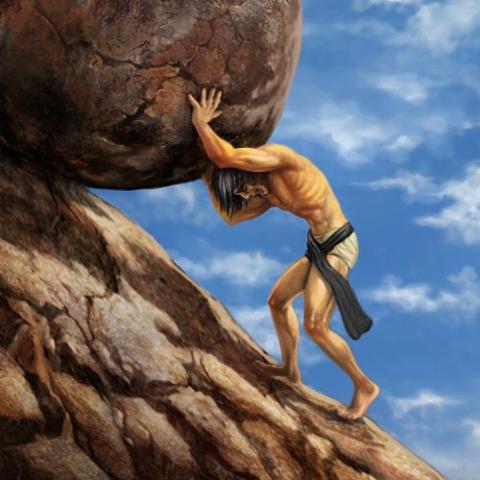 Peaches of immortality play a crucial role in the journey of the Chinese to the west. The monkey king, Sun Wukong, got immortality after eating peaches that he was assigned to protect. He managed to escape at first but was later captured. However, Sun Wukong could not be executed since he had already become immortal.

At some point, he decided to fight heaven and the gods turned to Buddha who tricked him and trapped him for five centuries. He then went on the quest described in Journey to the West. The peach tree, which bore fruit every 3000 years, had been planted by the Jade emperor and his wife Xi Wangmu. They surrendered them to the gods so that they could live forever.

The Golden Apples found in the Norse mythology could be one of the answers to how to become immortal. Golden apples are extremely important to the Norse deities compared to the Greek ones. The goddess of spring, Idun, tended the orchard. The apples helped the Norse gods maintain their youth and live forever. One day, Idun was tricked by Loki and handed over to the giant Thiassi together with the apples. The Norse gods immediately started to grow old and their power deteriorated. They eventually managed to force Loki to bring back Idun and the apples with their last bit of power. Loki turned into a falcon, brought back Idun and the apples and the gods regained their eternal life.

Ambrosia, a drink that tasted like honey and delivered by doves to the Olympians, was the source of Greek gods' immortality. Many mortals and demigods like Heracles were allowed to drink it while others stole it.

Tantalus, was trapped in a pool of water with food just out of reach as punishment for stealing Ambrosia. The English word tantalize came from his story and name. Others like Tydeus were turned away just before they tasted it. Tydeus was to be immortalized by Athena until he was found feeding on human brains. This could just be one of the tips on how to become immortal!

Catch Hold of the Holy Grail

The Holy Grail is one of the most known pieces in Christian mythology. This is the bowl or cup that Jesus drank from at the last supper. It is also the container that Joseph of Arimathea collected Christ’s blood with at the cross. King Arthur and his knights went far and wide looking for the Holy Grail. Sir Galahad is said to have become immortal as he was the only man that was able to touch it. Only the purest of souls were able to get hold of the Holy Grail.

Humans' Attempts on How to Become Immortal

Some monks, mostly those practicing Shingon Buddhism mummified themselves in order to prevent their bodies from decaying. They gradually starved themselves, drinking a resin-like substance and then voluntarily entered a burial chamber. In one instance, a Buddha statue had been made to encase the remains. Instead of the monks being treated as dead, they are viewed to exist in a trance. Some believe that the self-mummified monks can be called upon in the future if humanity needs them.

Alexander Bogdanov, a major player among the Bolsheviks, believed that blood transfusion was the key to being rejuvenated and maybe eternal youth. Vladimir Lenin had him expelled from the Bolsheviks after they fell out. He carried out several blood transfusions and reported health improvement after each procedure. He died after exchanging blood with a student that had malaria. It is not known whether it is the malaria that killed Bogdanov since his students did not know anything about blood types. The student, however, survived the procedure.

​The Poisoned Emperors of China

Portions, pills and Elixirs of life have been often associated with immortality in the history of Imperial China. Several alchemists claimed to have perfected the formulation, although their elixirs actually shortened the lives of those who took them.

The first emperor of the Qin dynasty, Qin Shi Huang died aged 39 after consuming mercury with the hope of living forever. He even took the mercury to his grave, making it very difficult to excavate the tomb since it is encircled by a moat of mercury.

Many other emperors died after consuming immortalizing pills including five Tang emperors. For example, Emperor Xianzong became mad after medication and his eunuchs had to kill him. This did not just happen in ancient times. Jiajing Emperor is believed to have been killed by mercury pills in the pursuit to extend life in 1567.

Western alchemists, just like the Chinese, created the Philosopher’s Stone that was believed to offer a solution for how to become immortal. Mercury is part of the recipe for many philosopher’s stones. Handling mercury also proved hazardous to the health of alchemists like Sir Isaac Newton who had mercury poisoning symptoms later in life, which included delusions, confusion, tremors and severe insomnia.

Charles-Édouard Brown-Séquard, a renowned neurologist and psychologist injected himself with extracts from dog and guinea pig testicles, claiming that they rejuvenated life. Although he remained virile until his demise at the age of 76, his peers claimed it was more of a placebo effect.

Charles gave his formula to other scientists for free. Some people became really sick after injection; at least one death was recorded. Pud Galvin, famous for advocating for performance-enhancing drugs also used this elixir. He claimed to play better after the injections, although it did not make him immortal as he died at the age of 45 from catarrh of the stomach.