Adolf Hitler was a German citizen born in Austria on April 20, 1889. Before becoming a political leader in the National Socialist German Workers Party, he severed as an intelligence officer during World War I. Rising up the ranks of German politics and publically proclaiming his hatred towards Jews, he was German Chancellor for twelve years, serving from 1933 to 1945.

Hitler had the ability to capture his audience through his enchanting and uplifting speeches. This talent helped him reach incredible heights, resulting in him becoming one of the most powerful yet oppressive fascist dictators in history. His actions and beliefs triggered World War II and generated the Holocaust. As the world witnessed more and more of this eccentric leader, they began to learn strange facts about Hitler. Take a glimpse at the top 10 Adolf Hitler facts to get a better idea of the man behind the rumors. 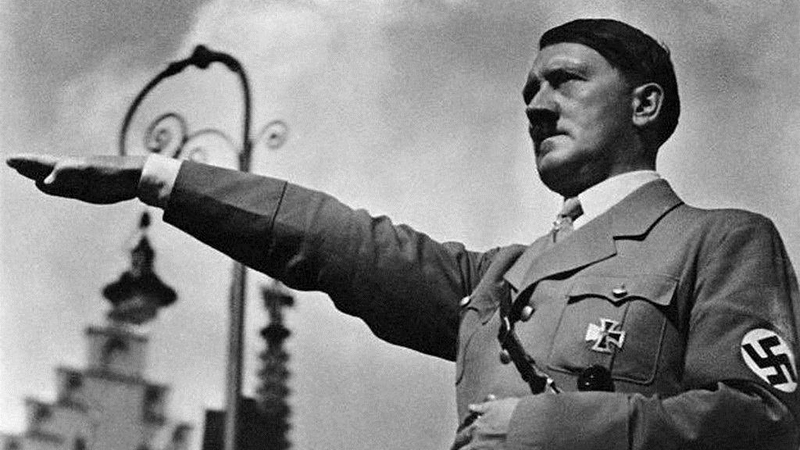 The Most Significant Contributor of the Nazi Ruler's Fictitious Facts

Hitler was a pathological liar and he was good at it. He had the ability to read people and tell them what they wanted to hear. He used this talent to gain a powerful stronghold throughout his political career.

The world became to know him intimately through his story of becoming a leader from the humble life of a postcard painter. The tale carried with it very few true facts. Experiences represented to span years were pulled from the four years Hitler served on the Western Front. It connected him to his core supporters by allowing them to relate to him.

Of all the Hitler facts, this is one that seems to run rampant and is also one that is untrue. It is believed that the rumor was started by his opponents in an attempt to keep him from power. The logic of Hitler’s Nuremberg Law also gave the “fact” substance, thus creating the possibility that he was a quarter-Jew.

Although unproven at the time, it is believed that Hitler feared the possibility of Jewish blood running through his veins. In 1930, he ordered his Chief Jurist Hans Frank to investigate the matter. Because his father was born out of marriage, some rumored that he had been the product of an affair between Hitler’s grandmother and the Jewish head of household she worked for.

Although hard to believe, Hitler was a die-hard Disney fan. Very few can imagine the dictator whistling the tunes of “Who’s Afraid of the Big Bad Wolf?” and “When You Wish Upon a Star,” but those close to him testified they often heard him tooting a Disney melody.

Another implication that this is a true Hitler fact is there is an artwork display in Norway displaying Disney characters allegedly drawn by the dictator himself. All of the pieces were signed A.H. and happened to be of some of Hitler’s favorite Disney films or characters.

At the age sixteen, Hitler became enthralled by a young Jewish girl by the name of Stefanie Isak. As with most secret crushes, he never proclaimed his love and chose to release his emotion through poetry.

Later, a close friend of Hitler, August Kubizek, revealed that Hitler smitten by puppy-love had planned on kidnapping Isak and then jumping into the Danube with her in his arms. Thus they would die and eternally be together. When questioned about Hitler’s feelings towards her, Isak said she never even knew he had a crush on her.

Hitler’s participation in the Munich Conference in September 1938 gave him appearance of being a peace keeper. The event was attended by British Prime Minister Neville Chamberlain, Italian leader Benito Mussolini, French Premier Edouard Daladier and Hitler. World war was thought to have been prevented because Germany was given a part of Czechoslovakia known as the Sudetenland.

Upon his return from the conference, Chamberlain exclaimed, “I have returned from Germany with peace for our time.” The peacekeeping event led to Hitler being named TIME Magazine’s 1938 Man of the Year.

Nominated For the Nobel Peace Prize but Nomination Quickly Withdrawn

One of the most ridiculed Hitler facts is that he was nominated for the Nobel Peace Prize. In 1939, E.G.C. Brant of the Swedish Parliament nominated him. Because the atmosphere at the time was fueled by the war and political conflicts that accompanied World War II, the nomination was never considered very seriously.

Brant had nominated the dictator as a type of rebellious gesture against fellow parliament members pushing for British Prime Minister Neville Chamberlain to receive the award. Hitler’s nomination was met with such distaste by other world leaders, and Brant wrote a letter and quickly withdrew his nomination.

Given his slaughters of mankind, one would never expect to find out that Hitler was a vegetarian. He refused to eat meat because he hated any type of animal slaughtering. So strong was his conviction that in 1941 he identified himself as an orthodox vegetarian.

As to date, there has never been a written order found from Hitler expressing his intentions to expel Jews from Germany, the formation of the concentration camps or the gas chamber solution. He did not speak opening in public or private about his plans, nor did he ever visit a concentration camp.

Leaders under his direction spoke of the concentration camps and admitted witnessing first-hand the slaughter of Jewish people, but never Hitler himself. Many historians wonder if such written orders ever existed. The ruler even gave protection to a select few Jewish individuals close to his office.

Hitler developed the Nazi Anti-Tobacco Mission, which strictly regulated the usage of cigarettes and the advertising methods of smoking. He commissioned a group of Nazi doctors to study the effects of cigarette smoking and they scientifically linked the habit to ailments such as lung cancer.

Recognizing the dangers in smoking tobacco, Hitler enforced stringent regulations and restrictions on cigarette consumption. He prohibited activities such as individuals smoking while in uniform, selling cigarettes to women and smoking in public areas. He also prohibited the sale and usage of tobacco by individuals under the age of 18 years old.

Support for Preservation of the Environment and Animals

Known by many, Hitler was a great believer in animal rights and the preservation of the environment. Harsh punishments were handed out to individuals who mistreated animals or intentionally destroyed the lands.

In 1934, Hitler passed a law that has since been instituted in most western countries. Named the Reich Hunting Law, it established designated hunting seasons and regulated the number of animals that could be killed each year. Afterwards, an environmental protection law was passed in 1935. The German Imperial Conservative law was the first one of its kind. It decreed that designated lands be protected and preserved for the best interest of the public.