Introduction
Grey or Gray: What’s the Difference?
1 Grey
2 Gray
Grey or Gray: History & Modern Use
Point 1
Grey or Gray: How to Use Them Correctly
1 Part of Speech
2 Comparative & Superlative Form
3 Definitions

If you’re an avid reader, you’ve likely come across the following two words at various intervals: "grey" and "gray". From the context you know what they’re both referring to, but which is correct: grey or gray? Why are they different? This confusion is common, but the explanation is really very simple. 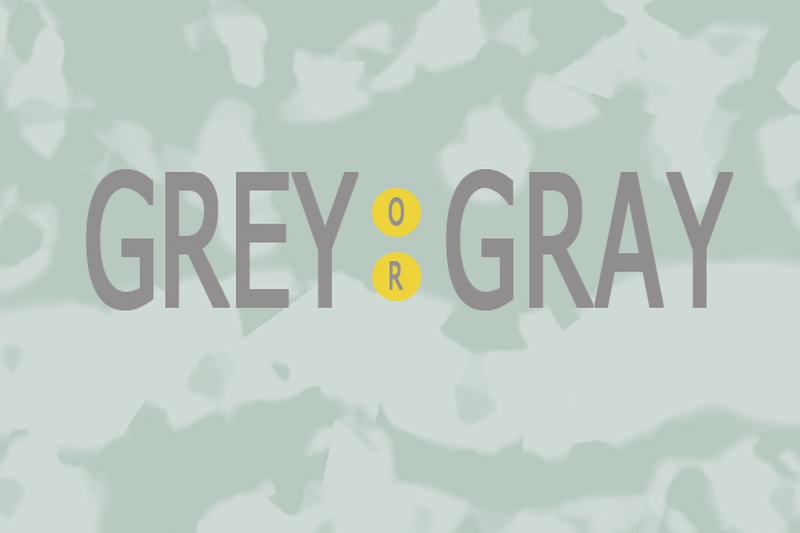 Grey or Gray: What’s the Difference?

The main difference actually has more to do with geography than it does with language. Simply put, whether or not you should use grey or gray is based on whether you are writing for an American audience, or for an audience from another English speaking country (e.g. Australia, UK, etc.).

Outside the US, such as in the UK or Australia, the spelling "grey" is used.

In the US, the spelling "gray" is used.

Grey or Gray: History & Modern Use

How is it that two different spellings of the same word developed from the same language? Both versions have existed for hundreds of years, originating from the Old English grǽg. In the early 18th century, grey began to emerge as the more popular form of the spelling throughout the English speaking world.

However, around the year 1825, American writers began to use gray as the preferred spelling. Since this time, both versions have remained popular, but distinctly relate to separate geographical areas. Gray has remained the official spelling throughout America, whilst grey is officially recognized in Australia, the UK and the majority of other English speaking countries.

Grey or Gray: How to Use Them Correctly

Adjective: used to describe something.

1. A colour caused by mixing black and white together, similar to the ash from a fire.

2. Used to describe a mood or feeling, e.g., dreary or gloomy.

3. Used when something is unclear, undecided or ambiguous.

4. Used in relation to the elderly.