Introduction
10 Awesome Yet Crazy Facts About Germany
1 Seek, and You Shall Learn…For Free!
2 You Called Him What?!
3 Who Expected Legal Mega-Brothels?
4 I’m A Barbie Girl, in a…Power Suit?
5 File It Under "Health Expenses"
6 "Birds" Are Banned
7 The First Verse Is Illegal – The Third Verse Is the National Anthem
8 Armed and Fluffy
9 Sweeps or Super Spies?
10 They Feel The Need For Speed

What is Germany known for? Easy, you might say beer and schnitzel. And you’d be correct, more or less. But there are many other facts about Germany that you may not know, some of which are fantastically weird that seem to prove that the German is either awesome…or maybe a little bit crazy. But who are we to judge?! For this reason, we’ve compiled a list of the ten most “what?!” Germany facts, so you can decide for yourself.

10 Awesome Yet Crazy Facts About Germany

Seek, and You Shall Learn…For Free!

These days, most parents worry about how they’ll afford higher education for their children. Where will the money come from? Have they saved enough? Could their child scrape though on a scholarship? But not so in Germany! One of the awesome Germany facts that get the government a big thumbs up is the fact that they have totally scrapped public university tuition fees. Now, anyone can go on to get a higher education, regardless of their economic capabilities or social background. This incredible law even applies to international students who want to study in Germany. 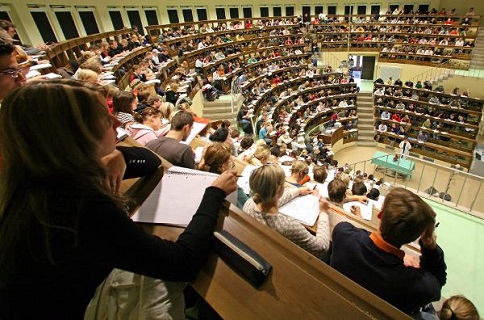 You Called Him What?!

Your sister has just had a baby. You visit the beaming parents in hospital and they introduce their child: Twig Leaf Moonshine. If you live in Germany, there is no need to panic about having to introduce your new nephew as “Twig Leaf”, because the German government has the right to refuse certain baby names; the charter states that a person’s gender must be immediately obvious by their first name. This is why traditional names like Hans and Marta are so popular – if your proposed baby name fails muster, you have to pay a hefty fee to reapply, so better to play it safe. 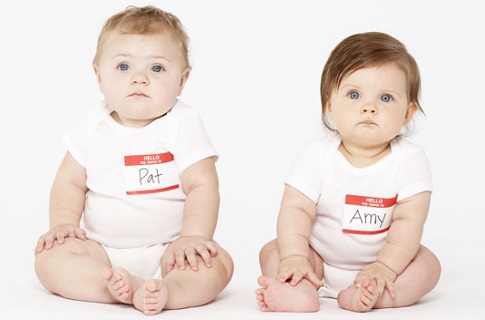 In 2002, the German government decided to legalize prostitution. Fast forward to 2015 and Germany is home to 12-storey mega-brothels, chains of brothels, like Pizza Hut or Hilton, only…more adult, and unbelievably, outdoor “sex boxes”. The industry is worth 15 billion Euros every year and is constantly growing. At the time of the legalization, Germany was home to more than 400,000 prostitutes, which is more even than Thailand! It means, in one of the more random facts about Germany, that they now have more prostitutes per capita than any other country! 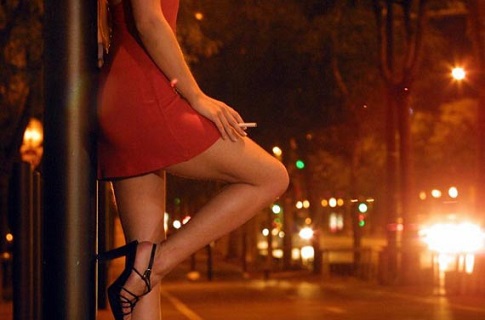 It’s not in every government that you will find politicians who have their own replica dolls. When Mattel celebrated their 50thanniversary as a toy-making company, they decided to celebrate in a somewhat unconventional way. They released a Barbie doll based on Angela Merkel, the German Chancellor (the German equivalent of a Prime Minister). With a power suit, politician’s haircut and Barbie’s traditional impossible waistline, the Angela Merkel Barbie was designed to be “a good role model for girls around the world," according to the Mattel spokesperson. 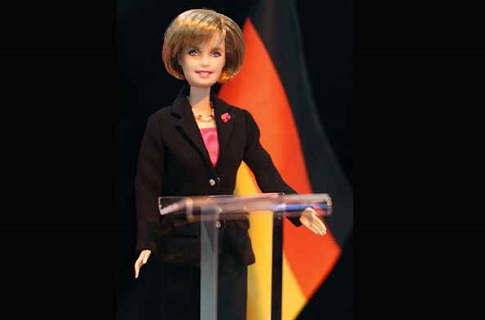 File It Under "Health Expenses"

In a move considered ground-breaking in many parts of the world, Germany has a welfare stipend that can be used by people with disabilities to pay for sexual encounters. Some psychologists now state that intercourse gives a disabled person a feeling of self-worth, as well as help manage stress and pain levels. Sex workers in Germany can participate in a special training course focused on helping clients with disabilities, at the end of which they receive a diploma as a “qualified sexual accompaniment”. 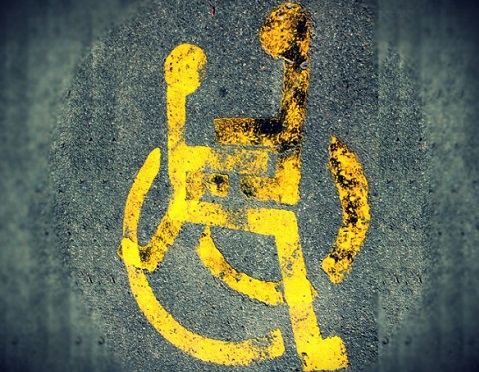 No, not the feathered type of bird. But giving someone “the bird” (i.e. raising your middle finger at them in a show of contempt) is actually illegal in Germany, an important Germany fact to remember you should be prone to “flipping off” those who you feel are driving poorly. If someone catches you raising your middle finger at them, then they can take down your license plate number and report you to the police. Whilst you won’t get arrested, you will be rewarded with a stern letter and a monetary fine, so remember to keep your hand gestures to yourself! 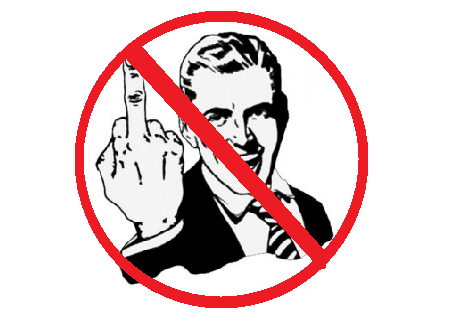 In 1797, legendary composer Jospeh Hayden wrote a beautiful, classical piece of music. In 1841, poet August Heinrich Hoffmann added lyrics to the music. In 1922, Deutschland Lied (Song of Germany) was adopted as the national anthem. However, during the Nazi era, only the first verse of the song was ever sung, which began with the words “Germany, Germany above everything.” After the Second World War, the German government wanted to distance itself from this harrowing reminder, so they deemed it illegal to sing Deutschland Lied…but only the offensive first verse. The third verse contains no Nazi connotations and so is still used as the official national anthem. 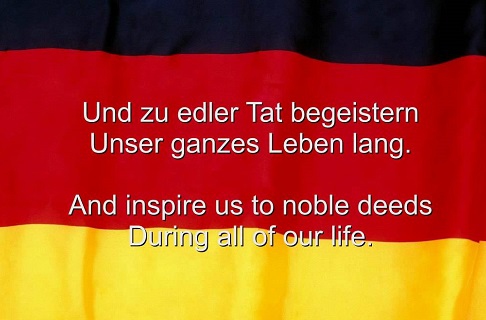 Have you ever looked at a pillow and considered it could be deemed a weapon? Most likely not. Yet, in another left-of-centre Germany fact, pillows can, by law, be classed as a “passive weapon”. What is a passive weapon? Apparently it is anything that can be used by one person to protect themselves from another person or weapon. So, technically, if you were to hit someone with a pillow and somehow succeeded in injuring them, you could actually be charged with assault under the current German law. This brings new meaning to the idea of a pillow fight! 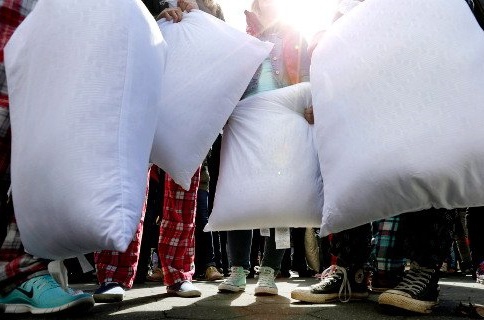 In the medieval Middle Ages, the Germans introduced a law that demanded chimney sweeps be allowed access to homes so that they could get on with their jobs. During the period of the Third Reich, new legislation was introduced, reaffirming the chimney sweeps rights to demand and receive access to homes; this was designed to endear the chimney sweeps to the Nazi regime as it was accompanied by fixed wages. The sweeps could then be used as spies. The strange part is that this law is still in effect in Germany today. So if a chimney sweep shows up and demands entrance to your home, you technically have to let them in. Can you believe it?! 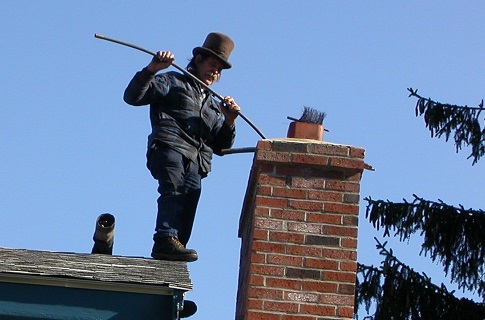 They Feel The Need For Speed

When it comes to cars, what is Germany known for? Besides Mercedes-Benz, Porsche, Audi and Volkswagen, the German auto world is also synonymous with the Autobahn…a highway with no speed limit. Well, strictly speaking, some parts do have speed limits. But the network, one of the world’s longest, measuring in at almost 13,000 kilometres in total, only has speed limits applied to around 33%. Do you know what this means? In a country filled with precision German-engineered cars, there are around 8,710 kilometres of motorway where you can legally drive as fast as your heart desires! 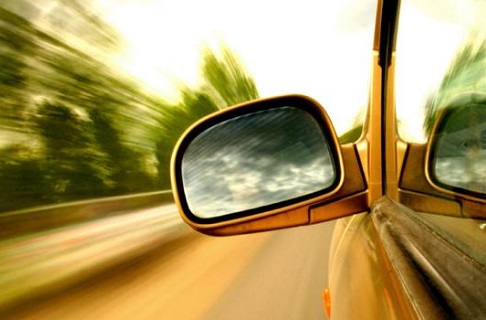