Photography discovery has made it possible for man to document various historic times. Some photographs can be used to show how we have evolved as human beings while others remind us the moments we would not want to recall. All the same, photography has been an important part of our lives. From the pre-historic times to the present age, photography has continued to progress with its prominence going beyond borders. Here is a detailed description of the top 10 famous photographs.

This photo was taken in Sudan near a United Nations food camp. It is the “Pulitzer Prize” wining picture showing a child severely hit by famine. The child in the photo was crawling to a UN food camp which was almost a thousand meters away. The vulture behind was waiting in anticipation for the boy to die to devour him. The picture was a real shock to the entire world. What happened to the boy after is not known. However, Kevin Carter committed suicide barely three months afterwards.

This picture of a migrant mother provides memories of the great depression. It was taken in a dusty pea-pickers’ camp in California. It further highlighted the plight of a proud nation under the ravages of desperate moments. Thompson, mother of seven, lost her only companion to tuberculosis. They barely survived on vegetables and birds. The photo provoked an immediate national outcry and food supplies were sent from the federal Resettlement Administration. At first, no one knows the woman pictured; it was not until 1976 when people finally came to know Thompson through a newspaper article. 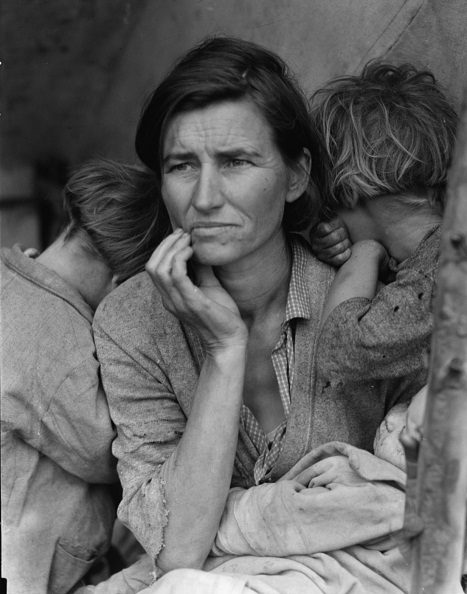 Following Japan's surrender that marked the end of WWII, celebrations exploded along the United State streets. Relief was mainly felt amongst those in uniform. This was a momentous time for the German immigrant, Alfred Eisenstaedt who snapped this picture from the celebration scenarios. The picture shows a sailor who ran down the streets and grabbed any girl on sight and kissed her. He did this without preference to any. On this particular occasion, the sailor grabbed a beautiful nurse and kissed her. The photograph appeared in newspapers around the country making it famous. 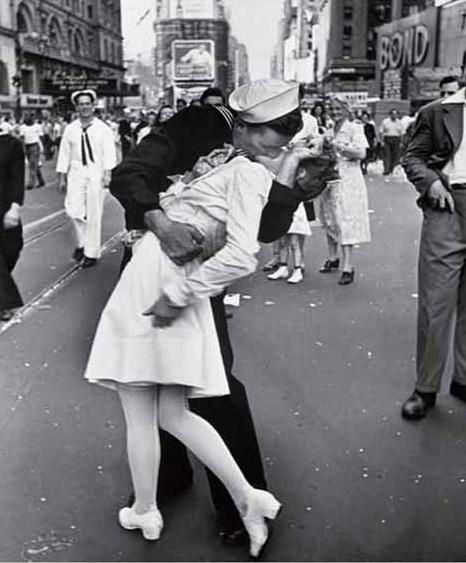 Mathew Brady  was not really a professional photographer but was notably known for his portraits of individuals like Robert E. Lee and Abraham Lincoln. On this occasion, he followed the Union Army to the war. With his camera, his feet led him to the battlefield with the army. It was not an easy trip and he soon began to send assistants with whom he was able to take photographs, over 7,000. These war photos were logically light on site and disturbing on the results. It recalls a time when Americans were first confronted with devastating battlefield realities.

As one of the most famous photographs, it shows a monk, Quang Duc who burnt himself while protesting against the mistreatment of Buddhists by the Vietnamese government in the south. This incident took place along Saigon road junction. During that time, Buddhists faced difficult moments and they were banned from lifting their traditional flag high, neither were they allowed to practice their spiritual beliefs. In the picture, Quang Duc, accompanied by other monks, came out of a car only to sit down as though he was meditating while another monk poured gasoline on him and set him on fire. This photograph keeps this history and provoked great emotion around the world the moment it appeared.

The Sun Set on Mars

This photograph was taken by Mars Rover Spirit  over the Gusev Crater edge. It is actually a Martian sunset which looks like the sun setting on Earth. It is a reminder that different other worlds can still be familiar to ours. The rover was set up to study the Martian atmosphere apart from the pictures captured. Another task was that of searching for dust clouds and ice. The red color was observable as a result of suspended fine particles in a thin atmosphere. A bluish tint can be seen because of the dust which was responsible for scattering the light.

Taken by Milton R. Krasner as the cinematographer of The Seven Year Itch film in 1954, this picture shows a celebrated image of the late Marilyn Monroe. It is perhaps the most renowned picture of all her photos ever captured. This photograph has kept her memories alive even after passing on five decades ago. She lived to be among the most loved Hollywood’s sex symbols even at this present age. Her sultry heritage is usually dated back in this photograph as she posed over a subway in New York City. 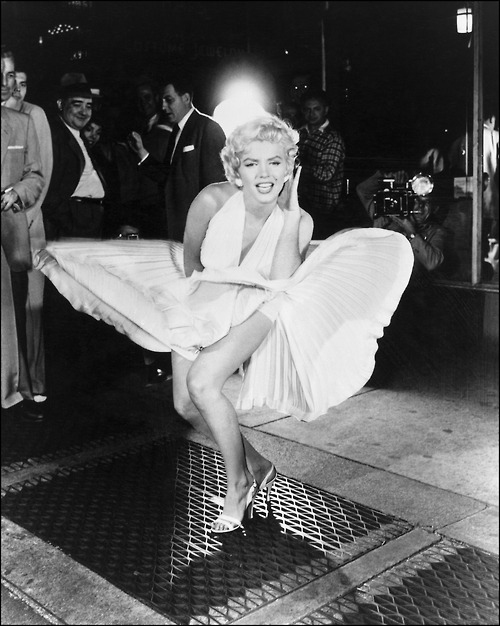 What Made Japan Surrender

This photograph taken by the U.S. Air Force appeared like a mushroom cloud to the general public. However, it is an exact representation of the huge energy quantity that was spread in a bombing. This reminds the whole world of a time when Japan surrendered following Hiroshima bombing on August 6, 1945 killing almost 80,000 people. The picture is a highlight of the Nagasaki bombing three days later. The latter caused devastating effects, killing and injuring almost 150,000 people. A strong wind, radiation and very high temperatures led to lasting damages. 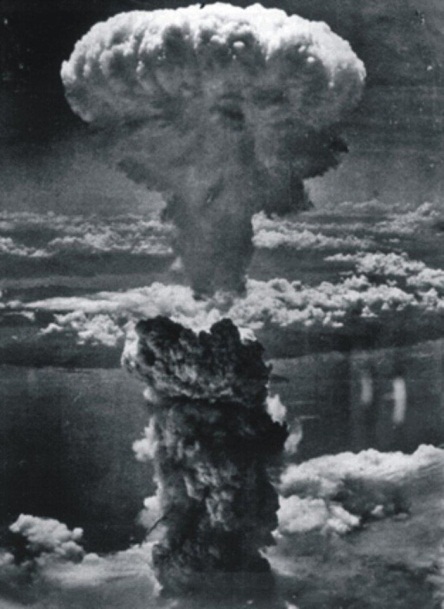 The picture depicts a scene of the Vietnam battle in 1972. The frightened children who were running from the area of napalm attack. This was a result of a South Vietnamese plane that unexpectedly released napalm on its civilians and troops. Kim Phuc at the center of this photograph threw away her burning clothes as she escaped. This picture sent messages of the horrific state of the war and promoted the developing anti-war rush in the United States, making it one of the most famous photographs. Ut took the children at a Saigon hospital after taking the picture.

This photograph highlights the ravages of Oklahoma City bombing. It shows a firefighter, Chris Fields, with Baylee Almon, a dying infant in his arms. The photo was awarded the Pulitzer Prize for the 1996 Spot News Photography. The picture reminds us of 4,800 lbs of fuel oil and fertilizer detonated by Timothy McVeigh on April 19, 1995. The unfortunate incident demolished Alfred P. Murrah Federal government house which led to the death of 168 people.