Famous Musicians Who Correctly Predicted Their Own Death

Most of the time, famous musicians write about what they know: sex, drugs, girls. Stuff like that. Sometimes they go a little deeper, penning songs that aim to get at life’s eternal truths, uncovering little pearls of wisdom among the riffs and ruins. And sometimes they freak everyone out by writing songs that predict their own deaths. And we’re not talking “Yeah, I’ll be dead 50 years from now, baby, so let’s get it on” sorta lines. We’re talking about songs that nail specifics, like date, cause and even the tiniest details of their deaths. Were these Famous Musicians Who Correctly Predicted Their Own Death clairvoyant? Or did they just get lucky in guessing their unlucky demises? 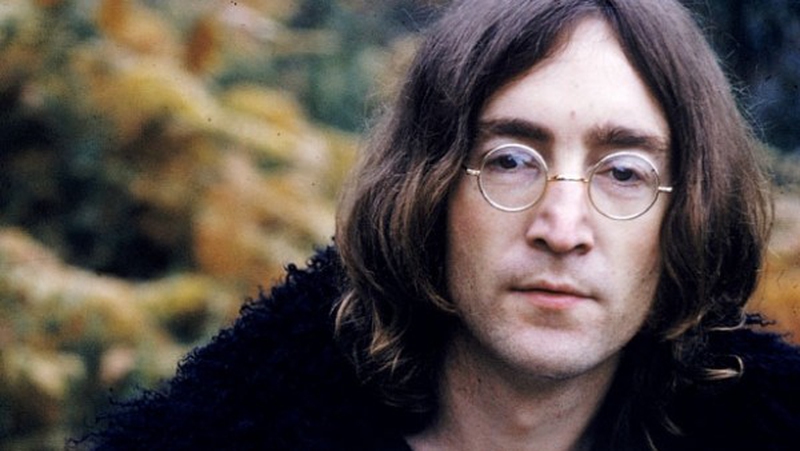 Two years before he released his groundbreaking debut album ‘Are You Experienced,’ Jimi Hendrix recorded a self-mythologizing song called ‘The Ballad of Jimi’ that not only elevated the subject of the song (some dude named Jimi) to a sort of heroic status, it also predicted his death.

The slow, bluesy cut — which Hendrix recorded with R&B artist Curtis Knight — never showed up on an album, but fans are more than aware of it, especially since the song is “dedicated to the memory of . . .  Jimi.” Lines like ”Many things he would try / For he knew soon he’d die,” ”Now Jimi’s gone, he’s not alone / His memory still lives on” and ”Five years, this he said / He’s not gone, he’s just dead” weirdly predict the legend’s death and legacy five years later.

John Lennon famously retired from the shackles of fame and the music business in 1975, walking away from his myth and legend to take care of his baby son. Five years later, he returned to the studio to lay down a whole bunch of songs that would result in the ‘Double Fantasy’ album.

Lennon was so prolific during this period that many of the songs were left unfinished. Following his tragic death on Dec. 8, 1980, the leftover material eventually found its way on posthumous albums. ‘Borrowed Time,’ inspired by a harrowing sailing trip, includes the line ”Living on borrowed time without a thought for tomorrow” and was reportedly the first song recorded after Lennon resumed his career. It ended up on 1984′s ‘Milk and Honey‘ LP, where its lyrics seemed eerily, and sadly, prescient.

There are so many bizarre things going on with Lynyrd Skynyrd‘s ‘Street Survivors‘ album that we get all weirded out just thinking about them. First, there’s the cover of the 1977 LP, which features the band engulfed in flames. Knowing what comes next — three days after the album’s release, the band’s plane went down, killing frontman Ronnie Van Zant and others — is enough to freak out even people who aren’t freaked out by these kinds of things.

And then there’s the words to ‘That Smell,’ one of the album’s most popular songs: ”Say you’ll be alright come tomorrow, but tomorrow might not be here for you,” “Angel of darkness upon you,” ”The smell of death surrounds you.” It may have been written as a cautionary drug tune, but following the events of Oct. 20, 1977, ‘That Smell’ takes on a whole new, and creepily prescient, meaning.

Sixteen years before he died of lung cancer in 2003, Warren Zevon recorded a song about a blue-collar worker that pretty much foreshadowed his own death. ‘The Factory’ appeared on Zevon’s 1987 comeback album ‘Sentimental Hygiene,’ and chronicles the life of a man who grows up to be a factory worker just like his dad.

After Zevon hammers home his point about the uselessness of it all, he ends with these stinging lines: ”Kickin’ asbestos in the factory / Punchin’ out Chryslers in the factory / Breathin’ that plastic in the factory.” Zevon died of advanced malignant mesothelioma, which is often caused by exposure to asbestos. Thing is, Zevon never worked in a factory, so his odds of developing cancer there were nil. Yet, somehow, a decade and a half before the end, he predicted the cause of his death.

Marc Bolan looked like a rock star. And he usually sang about the usual rock-star things in his songs with T. Rex. He inspired a whole legion of glitter-wearing fans to follow his every word. And on the 1972 single ‘Solid Gold Easy Action,’ he seemed to have a knack for predicting the future — even foreshadowing his own demise five years later.

Look no further than the opening line of ‘Solid Gold Easy Action,’ a single-only release that eventually showed up on the same year’s ‘Great Hits’ compilation. ”Life is the same and it always will be / Easy as picking foxes from a tree,” Bolan sings as typically glammy guitars spill out a riff. Turns out that the license plate on the car that Bolan was killed in on Sept. 16, 1977, was “FOX 661L.” And oh yeah, it was wrapped around a tree.