The Jewish people have a colorful and long history. They are behind some of the greatest historical thinking – scientific and religious. Jews have also gone through much tribulation and have also caused some too. They are a central figure in most unrest experienced in the Middle East where Israel was established in the 20th century by the UN (United Nations). This is a list of some of the greatest Jews who have made great achievements in the field of science.

Niels Bohr was the second born of three children. Born in Copenhagen, Niels father was a physiology professor, and his mother came from a wealthy Danish-Jewish family. Niels became a physicist. He went on to make foundational contributions in the understanding of quantum theory and atomic structure. He even received a Nobel Prize in Physics back in the year 1922. Other than being a physicist, Bohr was also a scientific research promoter and philosopher. Bohr was the brains behind Bohr model of the atom, and founded Copenhagen University's Institute of Theoretical Physics. He also protected immigrants from Nazism back when the Germans occupied Denmark.

Sigmund Freud is among the most famous Jewish people. He was the first of eight children born to a wool merchant and his third wife. Freud was born in Příbor, Austrian Empire, which is currently part of Czech Republic. When Sigmund was born, he was born with a caul, and his mother saw this as good omen for her baby's future. He went on to become a neurologist after qualifying as a medical doctor at the University of Vienna. Today Freud is referred to as the father of psychoanalysis. In 1885, he was appointed as a neuropathology lecturer and in 1902 became an affiliated professor. He created psychoanalysis and developed therapeutic techniques like free association and also discovered transference.

The list of famous Jewish people cannot be complete without mentioning Einstein. He is, after all, among the most famous Jewish scientists. Albert Einstein's father was an Engineer and salesman, and his mother a homemaker. He was born in the German Empire's Kingdom of Württemberg's UIm. A year after his birth, his family relocated to Munich. Albert grew up to become a philosopher of science and theoretical physicist. He came up with the general theory of relativity - one pillar of modern physics (alongside quantum mechanics). Einstein is more popularly known for the E = mc2 formula (mass-energy equivalence formula). In 1921, he received the Nobel Prize in Physics for his discovery of the photoelectric effect law that was pivotal in the establishment of quantum theory.

Paul Ehrlich is also one of the famous Jewish people to make it on this list. He was the second born of Ismar and Rosa Ehrlich. The father was a liqueur distiller. As a young schoolboy, Paul developed a fascination for staining microscopic tissue substances. This interest did not wane throughout his studies at the universities of Strasboug, Breslau, Leipzig and Freiburg im Breisgau. He obtained his doctorate back in 1882 and eventually became a scientist and physician in the fields of chemotherapy, immunology, and hematology. He is the man who invented the precursor technique for Gram staining bacteria. His methods for staining tissues made it possible for scientists to tell the different types of blood cells apart. Consequently, this enabled diagnosis of many blood diseases. His lab helped discover the first ever effective syphilis treatment called arsphenamine (Salvarsan). He was awarded the Nobel Prize in Medicine or Physiology in 1908. 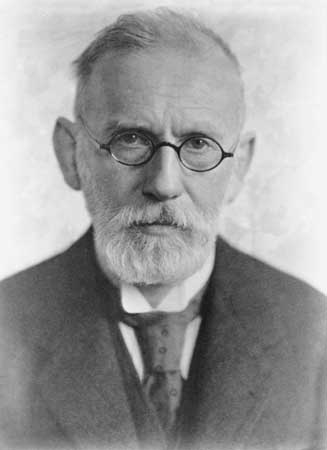 John Von Neumann was the first born of three boys to a wealthy Jewish couple. His father had a doctorate in law and was a banker. John Von Neumann was an amazing child prodigy in the fields of mathematics, memorization, and language. When he was six years old, he could divide two, eight digit numbers mentally. At 8 years old, he was familiar with integral and differential calculus. Jon Von Neumann eventually became a pure and applied mathematician, polymath, and inventor. He made various contributions in different fields like statistics, economics (game theory), and computing among others. During his life, Von Neumann had published 160 papers - 60 papers in applied mathematics, 20 papers in physics and 60 papers in pure mathematics. His last unfinished manuscript was named "The Computer and the Brain".

Selman Waksman was born in the Russian Empire Nova Pryluka, Podolia Governorate now Vinnytsia Oblast in Ukraine. In 1910, he relocated to the USA soon after he received a matriculation from Fifth Gymnasium. Selman went on to become a microbiologist, biochemist, and inventor. His research in organic substances, more specifically organism living in soil and heir decomposition, led to the discovery of several antibiotics like Streptomycin. He was also a professor of microbiology and biochemistry for 4 decades at Rutgers University. He also coined the word "antibiotics" and discovered more than 20 antibiotics. He was awarded the Nobel Prize in 1952 in Medicine and Physiology. This award was given in recognition of his discovery of the first active antibiotic against TB (tuberculosis) called streptomycin.

Gregory Pincus was born to a Jewish couple in Woodbine, New Jersey. His father was an agriculture teacher. His interest in research is credited to two of his uncles who were agricultural scientists. In 1924, he received his Bachelors degree from Cornell University in Agriculture. In 1930, he was a general physiology instructor at Harvard University, and the next year he was promoted to Assistant professor. Early in his career, he started studying steroidal hormones and hormonal biology. He got interested in the manner through which hormones affected the reproductive system of mammals. In 1934, he had his first breakthrough when he produced in vitro fertilization in rabbits. After the experiments, he published the discoveries in 1936. Pincus also co-invented the "combined oral contraceptives pill".

Leo Szilard was born to middle-class Jewish parents. His father was a civil engineer. Despite coming from a religious family, Szilard became an agnostic. He showed proficiency in math and a keen interest in physics at an early age. He took the national mathematic prize "Eötvös Prize" in 1916. He later in life became an inventor and physicist. He conceived the nuclear chain reaction and patented the idea of the nuclear reactor with Enrico Fermi in 1933. He also wrote the letter signed by Einstein, which eventually resulted in the creation of the atomic bomb. He is also the one who conceived an electron microscope and linear accelerator.

Ferdinand Cohn was born in Breslau, and his father was a successful manufacturer and merchant. By the time he was turning 16, he had started studying botany at the University of Breslau. Since he had a Jewish background, he was not allowed to take his final degree exam at that university. At 19, he moved to Berlin and got his degree in botany. He, soon after, returned to the University of Breslau and remained there for the rest of his career as a researcher and teacher. Cohn was the first person to put plants in the class of algae and defined what made them different from other green plants. He also showed how Bacillus can change to endospore from its vegetative state. He was awarded the Leeuwenhoek Medal in 1885. 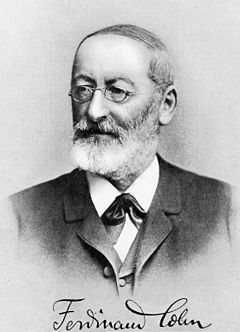 Albert Michelson was born in the Kingdom of Prussia (currently Poland) in Strzelno. In 1885, his parent immigrated to the USA when he was two years old at that time. He grew up in Virginia City and Murphy's Camp. Even though his parents were Jewish, he grew up to be an agnostic. He was granted special appointment to the naval academy in the USA where he excelled in drawing, climatology, heat and optics. He was awarded the Nobel Prize in Physics in 1907, and with that became the first American to get a Nobel Prize in that field.