10 Well-Known Detectives in Literature You Must Know

Famous fictional detectives refer to fictitious characters in fictional detective literature, which means the characters do not exist in reality. Renowned fiction detectives depend on the power of rationalization/deduction and educated thought to get to the bottom of mysterious crimes. These characters have been part and parcel of mysterious detective crime fiction, more so in short stories and novels, which were written in the "Golden Age of Detective Fiction" between 1920s and 1930s. Most of these pieces had a British setting. These detectives include professional police, amateurs, and private investigators. In most cases, the characters become more famous than the literature work in which they appeared. Below are some of the most well-known detectives in literature.

Sherlock Holmes is definitely among the most noted detectives in literature. He was created by Sir Arthur Conan Doyle and is famous for solving mysterious crimes by use of logic. He is normally depicted as a London based detective. He is featured in four detective novels - "The Adventure of the Blanched Soldier", "The Adventure of the Lion’s Mane", "The Adventure of the Mazarin Stone" and "His Last Bow". He has also featured in several short stories like "the Red-Headed League". Sherlock is always depicted as the smartest person in the room. His trusted friend Dr. Watson is a keen observer, but will hardly come to any conclusion by himself. Sherlock has an archenemy, Professor Moriarty, who only features in 2 books. Sherlock has a reserved personality and for that he doesn’t get romantically involved and he uses cocaine.

Hercule Poirot features the first time in "The Mysterious Affair at Styles" by Agatha Christie. The retired Belgium policeman was a refugee in England during the World War I. He uses "little grey cells" to solve mysteries and in some cases he doesn’t even require to leave his room. He has a strong preference to order, method, and symmetry. Captain author is his best friend who relies on intuition to solve a case and mostly helps Hercule with his accidental remarks and findings. Miss Lemon, Poirot’s secretary, is efficient but lacks imagination. The Chief Inspector Japp of Scotland Yard is not exactly brilliant, but Poirot will often guide him in the right direction. Poirot was involved in a number of unforgettable novels including Murder on the Orient express, Death on the Nile and The Murder of Roger Ackroyd.

The fictional detective Philip Marlowe first featured in the novel "The Big Sleep" and also featured in "the Long Goodbye" written by Raymond Chandler. The fictional American private detective is also featured in a few short stories. He is depicted as a heavy drinker and a smoker. He takes on all sorts of cases but declines any that involve divorce. The 6 feet tall detective uses alcohol to get people to loosen up as shown in "The High Window". He is a lover of chess and is also quite witty.

Nancy is another famous detective in Literature. She first featured in 1930 with several books that were ghostwritten under the collection name Carolyn Keene. However, she was created by Edward Stratemeyer. The 18 year old American girl enjoys unraveling mysteries and sometimes helping her father, Attorney Carson Drew, with his cases. 2 television shows, 5 films and computer games feature Nancy Drew. Nancy is assisted by two of her closest friends George Fayne and Bess Marvin. Sometimes her boyfriend, Ned Nickerson, also chips in. 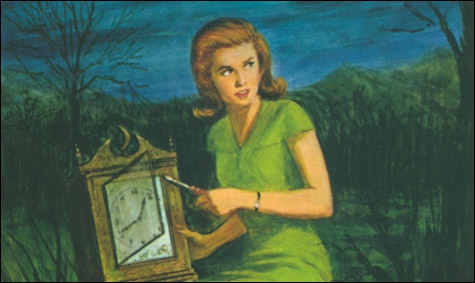 The Hardy Boys, Joe and Frank Hardy -- the three very famous detectives first appeared in 1927 and have featured in several adventure books for both children and teenagers. These fictional American characters were created by Edward Stratemeyer. The two fictional detectives have appeared in book and television shows and computer games. A parody version of them is seen on South Park. The cases they have encountered include murder, international espionage as well as violence. The two boys go undercover when investigating cases, and sometimes they receive help from their friends. 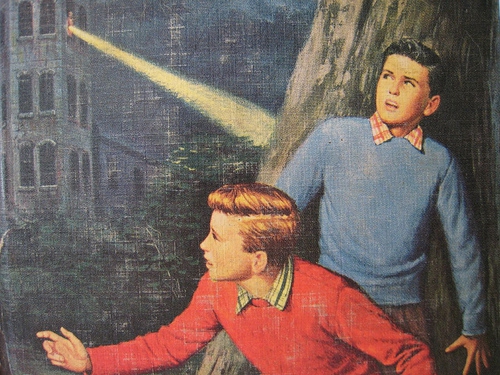 Miss Marple is a creation of Agatha Christie and was first featured in "The Tuesday Night Club" in 1926. Since then, she has appeared in 20 short stories and 12 crime novels. She is an elderly spinster who resides in St. Mary Mead where she spends her free time solving an assortment of mysteries. She is a refined and educated elderly woman who puts into practice her experience, keen wit, and knowledge to the challenges that arise when solving crime. Over the last 40 years, her character has evolved remarkably. She started as a nasty and shrill gossip to a mature dynamic lady. When solving a case, she relates it to an experience in her past and casually comments on key details of her present case.

Another famous detective is V.I. Warshawski, who is a private detective from Chicago and is featured in several detective novels as well as short stories. She first appeared in 1982 in the "indemnity Only" by Sara Paretsky. She is depicted as a sexy, smart lady. She has a degree in law and has served as a public defender after which she goes to peruse justice on the streets. She targets white-collar crimes that will not attract unwanted attention from the police who are deeply involved in the Chicago politics. To many, Warshawski is a feminist detective who is not afraid to show her strength and will.

The list of famous detectives in literature wouldn’t be complete without mentioning Jacques Clouseau. He is a creation of Blake Edward and features prominently in the "Pink Panther" Series. Many Pink Panther films have been produced as well as games and the famous Pink Panther cartoon series. Inspector Clouseau is mostly baseless, incompetent yet confident while solving cases. He will get to the root of it but mostly by mistake and with the help of others. Of course, he won’t hesitate to take all the credit.

Monk is a former homicide detective at the San Francisco Police Department and is portrayed as a character with obsessive-compulsive disorder and several phobias. These disorders make him excellent in deduction and noticing the oddest of things that a normal person wouldn’t. This ability makes him notice things that would be considered irrelevant like grime and the general chaos in the world.  Despite everything terrifying him, he is still able to get along with it and fish for answers. 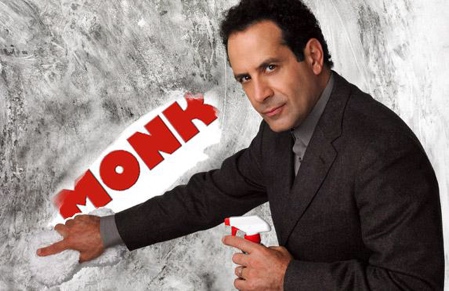 Sam Spade is also among the famous detectives in literature. He was created by Dashiell Hammet, and he first appeared in 1930 in the novel "The Maltese Falcon". The American detective also appeared in other books by the same writer though they were never as popular as the first. "The Maltese Falcon" was first published in a pulp magazine. Sam Spade uses critical analysis to bottom his cases.