Art of dancing is one form of expression, which utilizes body language to express a message. There are different kinds of dances and it is hard to pick the most well-known dancers owning to that. Great dancers of all time are selected depending on the fame, influence and popularity around the world. Here is the list of the 10 best known dancers of all time. 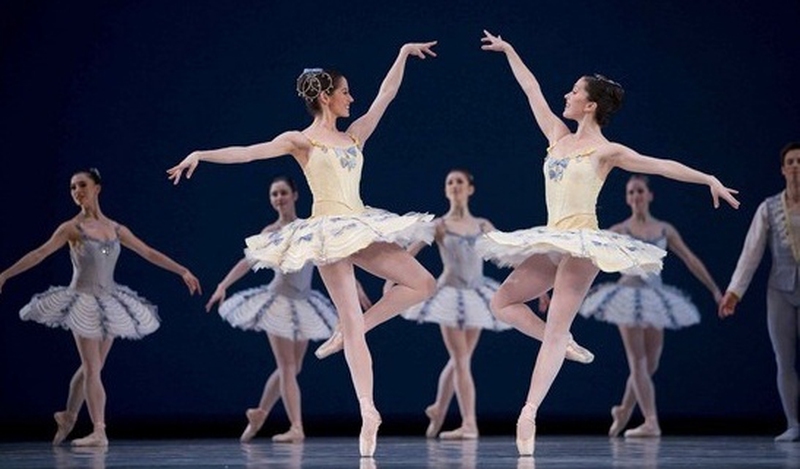 10 Famous Dancers of All Time

The world will never forget the contribution of Anna Pavlova in the world of dancing, which makes her our first choice in this list of great dancers of all time. Pavlova was a Russian ballet dancer who added a traditional feel to classical ballet. In her ninth birthday, her mother brought her to watch the ballet performance of Sleeping Beauty. It was then that Pavlova had decided that she would enter the Imperial Ballet School. Despite her height and physical structure, she has the perfect balance and she possessed great talent thus making her a prima ballerina later on. She formed her own ballet company and went on world tour. She had more than four thousand ballet performances.

Vaslav Nijinksy is a Russian ballet dancer who was regarded as one of the most talented male ballet dancer. He was known for performing with magnificent leaps and intense characterization. He was always remembered for dancing en pointe, a skill that is not commonly performed by male dancers. Some of his popular dancing partners are Anna Pavlova and Tamara Karsavina. His last public dance was in last days of World War II. He retired from the public view in 1919.

She was a popular American dancer and choreographer. She was one of the pioneers of modern dance moves in the world. She had started fully codified dance moves and had choreographed one hundred works in her lifetime. Her dance moves were derived from classical ballet in which she added other body movements like spiral, release and contraction. She was the first dancer to perform at the White House and the first dancer who had received the Medal of Freedom, the highest award for US civilians.

He is a popular Broadway dancer who is well known for his great dancing moves and partnership with Ginger Rogers. In 1933, they paired in a series of films, which include “The Top Hat”, “Swing Time” and “The Gay Divorce.” Their dance routines include graceful ballroom routines and complicated taps. Aside from his partnership with Rogers, other unforgettable dance routines of Astaire are slow motion dance in “Easter Parade”, dance in “The Barkleys” in Broadway and dance on air in New York.

Eugene “Gene” Kelly is American dancer, popular for his energetic dance moves and athletic dancing style. He brought his own style to different dances like modern dance, tap dance and ballet. His big break in Broadway was when he starred as “Harry the Hoofer” in the play “The Time of Your Life”, which had won a critic award. In his first debut in Hollywood, he was partnered with Judy Garland and the film was a great success. He completed several other successful films, but his most unforgettable performance was in “Singing in the Rain", which makes him tops our famous dancers of all time.

Sammy Davis ,an American dancer, was famous for his tap dancing ability. He was born to Sammy Davis, Sr. and Elvera Sanches, both of whom are vaudeville dancers. When his parents separated, he stayed with his father who took him on tours. His father and uncle taught him to dance. At age 4, Sammy had joined his father and uncle in an act, which featured his dancing skills. Later, the three became popular as “Will Mastin Trio.” He was also a member of Rat Pack, an actor group led by Frank Sinatra and Dean Martin. He then performed in different Broadway shows and even had a number 1 hit in the Top 40 charts.

Gregory Hines was American dancer who was popular for his tap dancing abilities. He was seen in dance films, which include “Tap” and “White Nights.” He started dancing when he was just two years old. At age 5, he had joined with his brother, Maurice and together they were known as “Hines Kids.” When they reached adolescents, they had joined their father and they become “Hines, Hines and Dad.” In 1973, he launched his Broadway career. He proved that he had great talent for tap dancing. In 1993, he won the Best Actor of Tony Awards for his role in “Jelly’s last Jam.”

Rudolf Nureyev, a Russian ballet dancer, who was known as one of the most famous dancers during the 60’s and 70’s. He started his ballet when he was only six years old. At a young age, he knew that he wanted ballet though his father tried hard to discourage him. At age 17, he studied at Leningrad Choreographic School. His teacher, Alexander Pushkin, had soon noticed his ballet moves and he was soon invited to live in his house. Afterwards, he flew to Paris and studied at Grand Ballet du Marquis de Cuevas. There he met Margot Fonteyn and they became dance partner for several years. Nureyev’s final stage appearance was at the Palace Garner where he performed this most popular ballet “the La Bavadere.”

Mikhail Baryshnikov is considered by many critics as the greatest ballet dance of all time. He had studied ballet in Vaganova School in St. Petersburg, and then he joined Kirov Ballet Company in 1967. Since then, he had landed several roles in several ballets. During 70’s to 80’s, Baryshnikov was known as the most influential dancer. Clive Barnes, a New York Times critic, had labeled Baryshnikov as the most perfect dancer he had seen. In 1976, he had started dancing for television in America and he performed in “Nutcracker”, a classic ballet play CBS had brought to television. And this has been the most popular production of “Nutcracker.”

Among all famous dancers, Michael Jackson should be high on the rank. He did not only sing a lot of great songs, but he was also one of the dancing pioneers in modern pop culture. Jackson moves had influenced several pop icons today. He started his musical career at age 5 years old. He and his brother Marlon joined his other brothers as backup musicians. When he reached 8 years old, he started singing lead vocals and he and his brothers became known as Jackson 5. In 1983, he had debuted his signature dance known as the moonwalk. His moonwalk dance had set him to superstardom. In 1984, he launched his solo career. Most people attributed the ultimate success of Michael Jackson to his great dancing skills.