The master of the macabre, Edgar Allen Poe was responsible for writing some of the most spine-tingling mysteries and chilling horror stories ever published. The complete collection of Edgar Allen Poe short stories delves into themes of madness, death and betrayal, all wrapped up in brilliant literary prose. For those unfamiliar with his work, the following is a list of some of Poe’s best short stories. 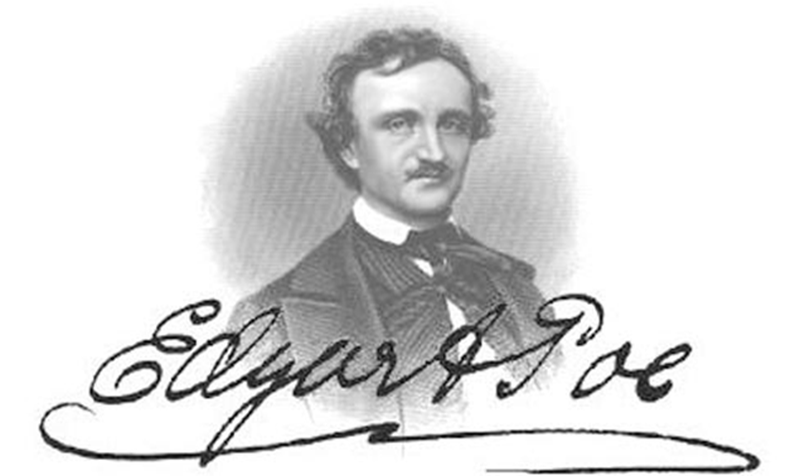 In order to give the uninitiated a complete overview of all Edgar Allen Poe short stories, we have striven to include a selection of mysteries and murders, set against a variety of morbid backdrops.
1

This Edgar Allen Poe short story opens with a vivid description of the house of Usher, and how the narrator, upon sighting the house, feels that “a sense of insufferable gloom pervaded my spirit”. This premonition proves to be accurate, as the narrator reacquaints himself with the residents of the house of Usher, the boyhood friend who is now totally reclusive and the friend’s sister who is slowly wasting away from a terrible illness. This short story gives a vivid depiction of psychological anxieties and is an example of totality, where every element and detail within the story is relevant to the overall story.

Almost universally recognized as the first modern detective story, “The Murders in the Rue Morgue” introduces C. Auguste Dupin, a Parisian who uses physical evidence and masterful deductions to solve the horrific murders of two women. By investigating the crime scene and studying witness testimony, Dupin is able to deduce the shocking truth behind the murders. As one of the best Edgar Allen Poe short stories, this one set the bar for fictional detectives and established the formula of a masterful detective, the narrator friend and the truth being revealed prior to the explanation of how the mystery was solved.

Set in the hell that was the torture chambers of the Spanish Inquisition, “The Pit and The Pendulum” is the first person account of a poor soul who is being subjected to unfathomable terrors. The interesting thing about this short story is that the writer seldom gives actual visual descriptions, but rather, the victim is confined in almost pitch darkness so that all of his awareness of the horrors that he faces are restricted to “sound, and motion, and touch”. This unusual approach to a horror story is particularly effective at evoking fear in the reader, as often what a person’s consciousness envisions is far more terrifying than anything else.

One of the original short stories to feature a look-alike, this personal account of William Wilson’s doppelgänger was, to some extent, inspired by Edgar Allen Poe’s experiences growing up as a boy in a "misty-looking village of England". The experiences of William Wilson and how he was continually thwarted by his counterpart, who liked like him, walked like him and who shared a birthday and a name with him, explore the themes of a man’s conscience and the recognition of insanity. The twist at the end of this Edgar Allen Poe short story is subtle and extremely clever and has inspired many adaptations.

One of the most famous Edgar Allen Poe short stories, “The Tell-Tale Heart” is narrated by a man who describes in detail why he was driven to commit murder and seeks to justify the cause, insisting it was not for hatred or greed. Eventually though, the guilt he feels begins to manifest itself in the form of a hallucination…he can hear the old man’s heart beating from where he buried - under the floorboards. An interesting feature of this story is that the narrator is not trying to prove his innocence (for he openly confesses to murder), but rather, he is determined to prove his sanity.

“The Black Cat” is the story of a man and his pet, a giant black cat named Pluto. Although declaring that he loves animals, the man becomes an alcoholic and eventually in a fit of rage, he kills the cat. But the very same night, his house burns down. Whilst initially remorseful, the man eventually shrugs off his guilt, gets another cat (the exact replica of Pluto) and returns to his drunken and violent ways. But when he commits a brutal crime, the reminder of the cat drives him mad with guilt. Similar to “The Tell-Tale Heart”, “The Black Cat” is a study of guilt and the effect it can have on the human mind.

Once again featuring amateur detective C. Auguste Dupin, “The Purloined Letter” is a careful study in deduction and duplicity. Approached by the Prefect of the Police, Dupin is asked to find a stolen letter which is being used to blackmail a wealthy lady. The appearance of the letter is described in detail, along with the suspected culprit and the elaborate methods the police used to search his hotel room, such as probing pillows with needles and using a magnifying glass to examine the furniture. Dupin’s investigation into the matter follows the theory of hiding something of value in plain sight, and he arrives at this conclusion by attempting to identify with the mind of the criminal.

In the mid 1800’s, “mesmerism” was a raging topic of conversation amongst the wealthy members of American society. Playing off this fascination, Edgar Allen Poe wrote a short story about a man with tuberculosis, who on his deathbed agrees to be put in a suspended hypnotic state. The events that follow are filled with horror and gripping suspense as the dead man’s body begins to decay whilst his mind remains in the trance. At the time of publication, this short story was believed by many to be a factual account of “mesmerism”, making “The Facts in the Case of M. Valdemar” an epic hoax as well as a gripping short story.

A story of extreme revenge, “Hop-Frog” tells of a court jester who, along with his dear friend, is humiliated by the King. When asked for suggestions regarding an upcoming masquerade, Hop-Frog suggests that the King and his councilors dress up as orangutans in order to terrify their guests. Thinking that this will be a wonderful joke, the men don suits covered in tar and flax, and then enter the banquet hall chained together, giving Hop-Frog an opportunity to take his revenge. It has been suggested that this story was written by Poe as a form of revenge against a society madam who had spread vicious rumors about him.

In the mid 1800’s the treatment of the insane was a prominent political issue in the United States. It was against this backdrop of political dispute that Edgar Allen Poe wrote this short story, which describes a man’s visit to a mental institution where the “system of soothing” has just been abandoned, following an uprising by the patients. Invited to dinner, the man is alarmed and suspicious by the manic behavior of the doctors and nurses in attendance, who delight in telling him of how they have just instituted a new form of treatment under the recommendations of “Dr. Tarr and Professor Fether”.