Each Other vs One Another

“Each other” and “one another” are both what the English language calls reciprocal pronouns. This means that the pronouns do or feel the same thing to each other. An example of reciprocal pronoun use can be seen with the following sentence: “The two teams hate each other.”

Here, the two teams are reciprocal in their hate, i.e. team 1 hates team 2 and team 2 hates team 1. However, “each other” and “one another” are not technically interchangeable, although they sound as if they should be. Here we will discuss the “each other” vs “one another” confusion and explain the differences. 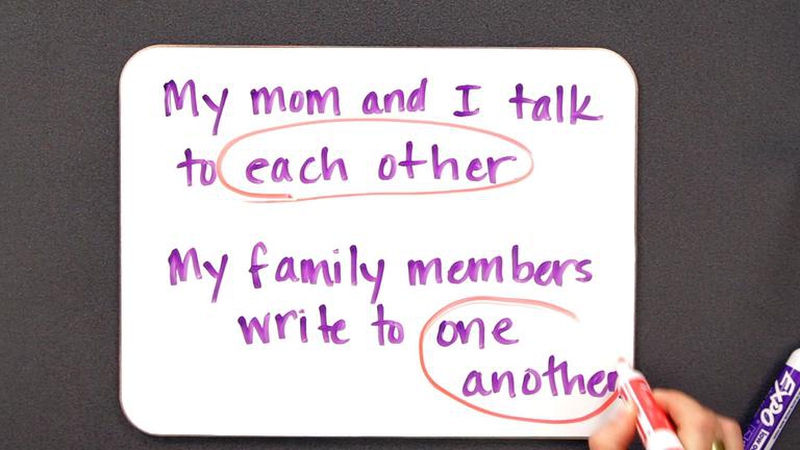 Each Other vs One Another: Why Confusing?

As discussed above, “each other” and “one another” are reciprocal pronouns that cannot be used interchangeably despite appearing to mean the same thing, which lead to the confusion. The reason they are not interchangeable is this: traditionally, “one another” refers to three or more subjects, while “each other” only refers to two subjects. See the below examples of both types.

Each Other’s and One Another’s

Adding another wrinkle to the “each other” vs “one another” confusion, there are situations where we deal with the possessive of each. The general rule is that “each other’s” or “one another’s” should only refer to subsequent nouns that are singular. For example:

Here, “strategy” is the singular noun.

However, in modern English, the singular noun is often ignored. For example:

Here, the noun, “forces” is plural.

Thus, according to what we have talked above, if you are strict about the grammar, stick to the rules. If not, it's still OK.