Do You Know the Average Shoe size for NBA Players? 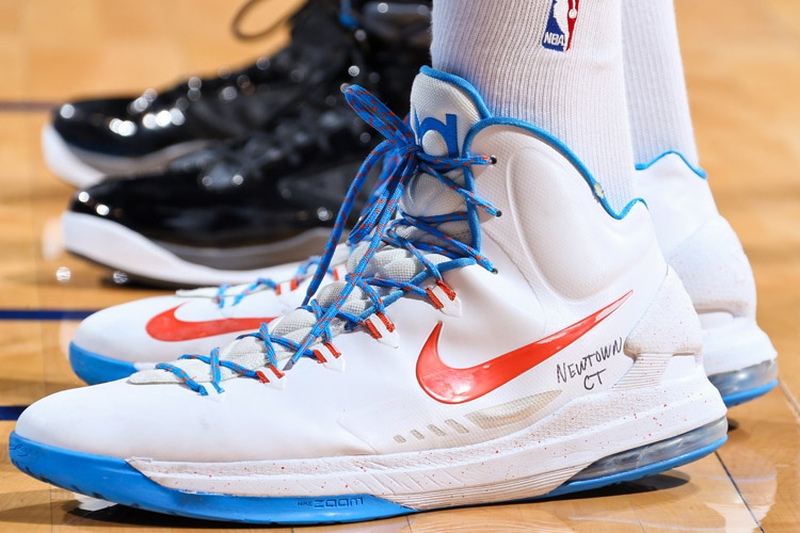 The NBA indicates on its website that Bob Lanier, the 1970 top draft pick, held the record for the largest shoe size of 22. Alton Lister and Shaquille O'Neal also wear size 22 shoes. On the other end of the spectrum, Isaiah Thomas and Paul George wear size 12. It is reported that Michael Jordan's shoes were different sizes, with one at 13 and the other at 13.5.

SLAM Magazine maintains a list shoe sizes for NBA players. The 2013 statistics on its website indicate that Nate Robinson wore the smallest shoe at 10.5, while JaVale McGee, Brook Lopez and Robin Lopez share the largest size at 20. It also offers a comparison of teams with the largest and smallest shoe sizes. The Oklahoma City Thunder averaged the largest shoe size at 15.43, while the San Antonio Spurs averaged the smallest at 13.97. SLAM Magazine ranks Nike as the most popular shoe worn by players, and it lists statistics regarding players who changed their shoe brand during the season as well as the brands worn by rookies and other shoe-related trivia.