For centuries people have decided to embrace vegetarianism for several different reasons. Some people decide to become vegetarians because they feel it is more ethical, some do it in accordance with their religion, and others do it for health reasons. Even though a person decides to not include animal protein in their diet, it would not create any health issues with the right vitamins and minerals supplementing their daily intake.

You may have heard some people consider themselves “vegan.” While there are similarities, difference between vegan and vegetarian also exist. A vegetarian lifestyle could include a few different diets but being a vegan could exclude any type of animal products of any kind in their lives.

One of the main differences between a vegan and a vegetarian is in not only what they eat but in what they will not eat. A vegan will not eat anything to do with animals, which includes meat, poultry, fish, dairy, eggs, honey or gelatin. Their diet consists solely of beans, grains, fruits, nuts, seeds and vegetables. It may appear that this style of eating is a far cry from a standard American diet, or SAD, but it is much more than just eating a salad. There are many delicious gourmet meals that a vegan can enjoy.

A vegetarian is a person who will not eat meat for whatever reasons he chooses – his health, animals protection, or for the environment. A lacto-ovo vegetarian is a vegetarian who does include eggs and dairy into their diet.

Many people become vegans because of their health (dietary vegans) and others embrace it because of political or moral issues (ethical vegans). A vegan has very strong feelings that animals were not put here to be taken advantage of and commercialized for the good of man. They respect all aspects of life including those of animals.

People who become vegetarian may begin this type of diet because of health issues; some are concerned about the safety of the meats and poultry we get from the grocery stores. Religious reasons could also be the basis for someone becoming a vegetarian. Some Christian religions call for a period of a meatless diet during Lent; other religions like Jainism and Hinduism are geared towards a vegetarian diet. 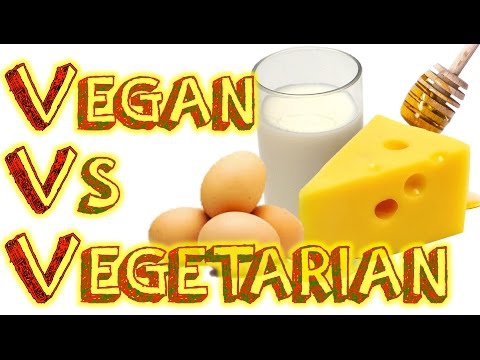 Talk show host and comedian Ellen DeGeneres has been a vegan since 2008. She has encouraged others to follow her lead through her website “Going Vegan with Ellen.” Ellen used to love cheeseburgers but was influenced by the book Skinny Bitch and a documentary called Earthlings.

Comedian Russell Brand has been a vegetarian since he was just 14. In 2011 he was named the “Sexiest Vegetarian Celebrity” by PETA (People for the Ethical Treatment of Animals). Brand feels that “You shouldn’t eat animals, it’s mean to them.”

Not only is Carrie Underwood a major country music entertainer, she is an affirmed vegetarian. She has eliminated all animal products from her regime and is a complete vegan. She became a vegetarian at 13 while on her family’s farm and found out what happened to the animals.

Actress Anne Hathaway has struggled with her commitment to vegetarianism. She began eliminating meat on and off since she was 12. After an epiphany while filming a movie in England, she committed to being a vegan swearing off fish as well as meat.

Even though she is known for her comedic talent, Applegate takes being a vegetarian seriously. It all began when she was eating her lunch while on the Married with Children sit-com. The plate she was served had blood on it. She has since gone on to encourage people to not buy fur coats through PETA.

Harper is the fitness trainer on the weight loss show The Biggest Loser. The 44-year old health fanatic started out as a vegetarian but has since turned vegan. He feels “clear headed and strong” since eliminating meat from his diet.