There’s heavy metal music…and then there is death metal music, the hardcore younger brother of the more “traditional” heavy metal sound. Described as an “extreme subgenre”, death metal first appeared in the 1980’s, inspired by the likes of thrash and black metal music. Known for its heavily distorted sound and aggressive vocals, death metal bands typically write about diverse themes, covering everything from politics to science fiction, from the natural world to extreme violence and horror. 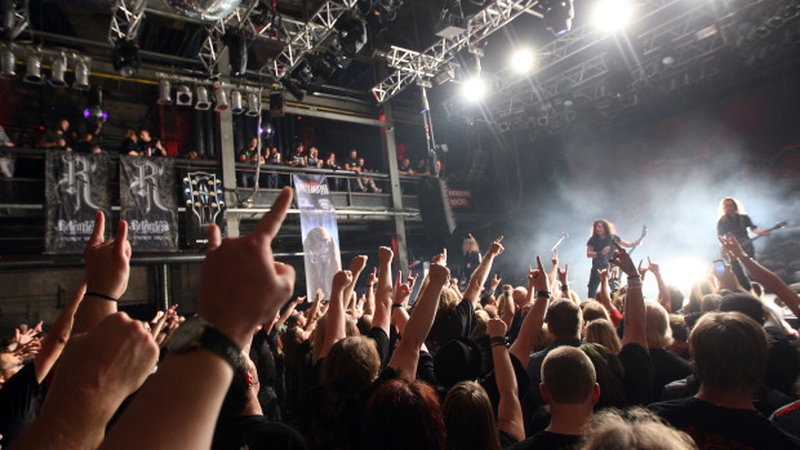 Maybe you’re not familiar with the alternative sound of death metal music? Never fear. We’ve put together a list of groups that are considered to be the best death metal bands of the last 40 odd years.
1

The very first band on this list of hardcore death metal bands is Lordi, coming from Finland. This Finnish death metal band found fame in 2002 with their single "Would You Love a Monsterman?" before making history in 2006 as the only death metal band to ever win Eurovision, wowing voters with their elaborate costumes and onstage pyrotechnics. Since winning the annual song contest they have toured extensively, releasing a new album every 2-3 years; their most recent work, "Scare Force One", was released in 2014.

Hailing from the plains of Iowa, USA, Slipknot became an overnight sensation in 1999 with the release of their self-titled debut album. The band has since become synonymous with live performances that are frenzied and energetic, a tone that fits well with their aggressive style of music. In 2014, following an extended hiatus, this death mental band released the fifth album, titled "5: The Gray Chapter".

Another one of the original death metal bands, Slayer formed in 1981, but it wasn’t until the 1986 release of their album "Reign in Blood" that they found true commercial fame. Considered to be one of the "Big Four" heavy metal bands, in the years between 1991 and 2004, they sold over 3.5 million albums in the United States alone.

Although the band has received scant television or radio exposure since it was founded in 1988, Cannibal Corpse enjoys an underground cult, following that has seen them release 13 studio albums, a live album, four video albums and two box set collections. Bands like Slayer and Death are among Cannibal Corpse's influences, and the band has at various times been banned from performing in several different countries.

Known as a blackened death metal band, Polish group Behemoth are considered to have been instrumental in the establishment of the Polish extreme metal music underground. The band is noted to have their own signature style with Middle Eastern influences, multi-layered vocal work and intense drumming, whilst their lyrical content often deals with occultist themes.

Another of the Finnish death metal bands, with their unique sound, Children of Bodom has at various times been labelled as melodic death metal, power metal and thrash metal. With over 250,000 albums sold, they are amongst Finland’s most popular groups of all time, achieving multiple Gold certifications in Finland and achieving chart positions on the United States Billboard 200.

Swedish death metal band Morbid recorded their first album "December Moon" in Stockholm in 1987. The demo was so successful that it was re-released in 1994 and then again in 2000. After the release of "December Moon", the band's line-up changed for the umpteenth time, with John Scarisbrick taking over as lead vocalist. It was after this that the band recorded their final performance as a band, the successful demo "The Last Supper", which was produced at the notorious Sunlight recording studio.

Undoubtedly one of the most successful death metal bands of all time, KoЯn shot to fame in 1998 with their third studio album "Follow the Leader". Since then, they have sold over 35 million albums with 12 singles reaching top ten positions within the United States Billboard 200. They have received two Grammy Awards and two MTV Music Awards as well as eight releases certified platinum or multi-platinum.

Originally known as Brawl, the band changed their name to Disturbed in 1996 and went on to sell 30 million albums around the world. Of their five studio albums released, four consecutively debuted in the #1 positon on the US Billboard 200. Although the group insists they will release more death mental music, they have been on hiatus since October 2011.