Top 10 Poisons Deadliest to Human and Other Creatures

Any poison, whether naturally occurring or food-borne courts a lot of controversy. The use of poison in chemical warfare and murder does not help matters. Poison has also been the antagonist in many writers' works of fiction. There are an innumerable poisons known today, most of which are used for malicious purposes such as genocide, terrorism, and murder.

This post goes over some of the most dangerous poisons known to man. This list is not exhaustive, and there may well be plenty of other poisons that are equally if not more dangerous. Here is a list of the 10 deadliest poisons.

Discovered in 1898, the radioactive element Polonium was the cause of death of Yasser Arafat, the Palestinian leader and Russian dissident. Polonium is amongst the deadliest poisons of the 21st century. It has no use in biological science since it is extremely lethal to all living organisms. Its most common form is Polonium 210, which is allegedly 250,000 times more deadly than hydrogen cyanide. This explains why the Americans employed its toxicity in the World War II to bring down Nagasaki in what they called the Manhattan Project's Dayton Project. In theory, a gram of Polonium 210 could wipe out 10 million people if ingested, injected or inhaled. If the radiation doesn’t kill you, then you are likely to get cancer.

This naturally occurring poison cannot be used to kill when it's isolated, but it has crazy toxin levels. Actually, it is the most lethal toxin known to mankind. One teaspoon of botulinum toxin is enough to kill more than 1 billion human beings. For this reason, it is very popular with weapon developers. In fact, it is rumored that during the reign of Sadam, Iraq might have had enough botulinum toxin to clear the earth three times over. The toxin is produced by a bacterium called Clostridium botulin. Its poisonous form is botulism, which can be found in food, but can be killed by heating food to over 100°C. Surprisingly, is used for medical and cosmetic procedures like Botox.

The tiny bright colored Central and South American Dendrobatidae frogs have over 125 species of their kind. Initially, they were used by Native Americans for hunting purposes. The arrow head is covered by the batrachotoxin from the skin of the frog, and it becomes a deadly weapon. Though the frog is the size of the tip of your thumb, it has enough poison to kill more than 10 men. The poison can either be a cardiotoxin, meaning it stops the working of your heart, resulting in instant death, or a neurotoxin whereby an amount equal to 2 grains of salt can kill an adult human。

Formally a pesticide, VX is the most lethal nerve gas in the world with no other use except for chemical warfare. It is categorized as a weapon of mass destruction, and neither has taste nor odor. Though VX was banned for use, militaries across the world scrambled to stockpile this lethal weapon. If one drop of the gas comes into contact with exposed skin, it will cause death. Inhalation will cause symptoms that are flu-like with minimal exposure. In severe cases, it can lead to paralysis as well as failure of the respiratory system.

Abbreviated as TTX, Tetrodotoxin is a lethal neurotoxin whose name is derived from Tetraodontiformes, which include the famous pufferfish. The pufferfish is used to prepare sushi. If you consume the poison, it will take 30 minutes for the myriad of symptoms to manifest. The symptoms will appear in quick succession starting with mouth paralysis, problems in swallowing then you will experience trouble in speech and coordination rendering you disabled. After this, you will experience seizures and convulsions, then a coma, and eventually death. All this can happen within 17 minutes or a maximum of 6 hours. This warrants its place in the list of deadliest poisons.

Strychnine is an alkaloid that is bitter, colorless and crystalline, and it is used as a pesticide mostly for killing small animals. Though it occurs naturally, it is also produced in the lab, and is deadly. If it enter into your body through inhalation, ingestion or absorption, your muscles will start contracting within minutes. Nausea and vomiting will follow soon after. The muscle convulsions will lead to asphyxiation that will, in turn, kill you. Death will occur with half an hour after ingestion of the poison. 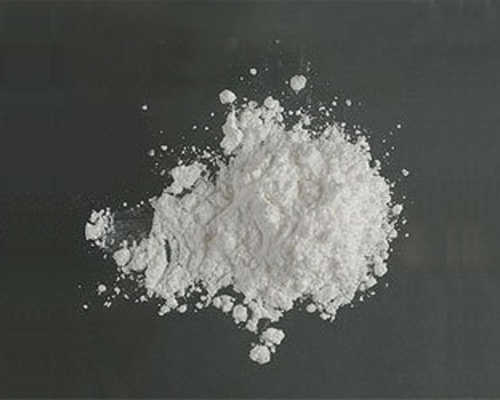 Most people are familiar with cyanide poison. It is known to cause harm to the heart as well as the central nervous system. When a small amount of cyanide comes into contact with the blood, it will bind itself to the iron element in the blood, preventing the flow of oxygen in the body. This will cause death in no time since there is no circulation of oxygen in the body. There are several forms of cyanide, but hydrogen cyanide is the most dangerous. It is used in gaseous form as a tool of chemical warfare and is capable of killing in 10 minutes or less. It is manufactured primarily for mining purposes specifically mining of silver and gold. However, since World War I, it has often been used for murder and suicide.

Sarin is yet another tool of mass destruction that deserves its place in the list of deadliest poisons. It is a lethal nerve gas that can kill in 1 to 10 minutes even when released in very low concentration. The first symptoms you experience after inhaling the gas is a running nose and chest constriction. This results in difficulty in breathing, which causes your body to shut down. When it was discovered in 1938, the German who discovered it, Wuppertal-Elberfeld, intended to develop stronger pesticides but it turned out to be very toxic. The formula was later passed on to the German Army Weapons Office, and they produced it as a weapon. 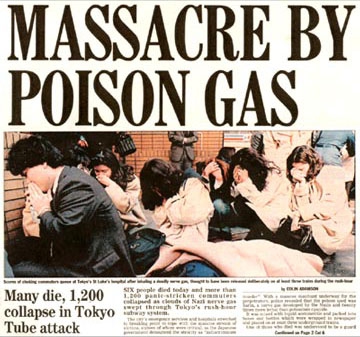 This poison occurs naturally in several types of poisonous mushrooms. You can ingest, inhale or absorb amatoxin from the mushrooms. If the toxin makes it into your body, it will attack the kidney and the liver first. Consequently, you will lapse into a coma that you are unlikely to recover from. You will die after a few days. Other symptoms of exposure to the toxin include coughing, insomnia, and shortness of breath, headache, and dizziness.

Ricin is a natural occurring poison that is extracted from castor oil seeds. A few salt sized grains of pure ricin can cause death. It can get into your system by inhalation, ingestion, and injection – it is least lethal through ingestion. It works by blocking the bodies ability to make protein by preventing cells from assembling the necessary amino acids. As a result, the body goes into shock, and you die.