10 Crazy and Unbelievable Bible Stories You May Not Know

Besides being an important religious document, the Bible continues to be one of the best-selling books in the world. On the historical side, it contains information about our beginning of time, our origin, and how things were created, but it also covers subjects such as good versus evil, happiness and despair, and encounters with life and death. The Bible is an inspirational book that helps to guide people in their devotion to God, but it also contains a few tales that can test anyone’s faith. Here are a few of those crazy Bible stories. 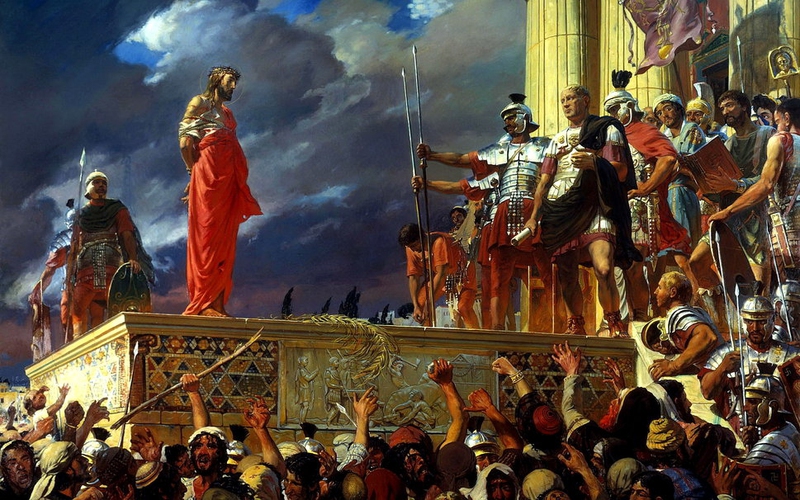 Noah is most closely associated with gathering all of the animals, two by two, and saving them from the flood by taking them on the ark that he built. As a reward for this mighty act of kindness, God gave Noah all of the animals that were on the earth. To celebrate this gift, Noah drank until he passed out in his tent. Noah’s son Ham found his father in naked and inebriated. He told his brothers Japeth and Shem to put something over Noah so no one would see him naked. When Noah woke up, he exiled Ham’s son Canaan, his own grandson, for no reason at all.

Among the crazy Bible stories, this one seems too strange to be true but it is mentioned in chapters shown above. Laban took all of the spotted and striped cattle from Jacob. Left with all of the plain old regular cattle, Jacob decided to gather together some sticks and painted stripes on the plain cattle. Jacob figured that when the plain cattle mated with the striped cattle they would produce striped offspring. Even though this is not the way things work, it did back then and Jacob was able to replace all the striped cattle that he lost to Laban.

It seems that Balaam was striking his donkey one day when all of a sudden he heard a voice. Being that they were the only two around, he quickly realized that it was his donkey talking to him. The donkey asks him why he is striking him and Balaam tells him, “Because thou hast mocked me.” The donkey made his feelings clear to Balaam and told him that he had hurt his feelings. The two worked things out and all was well again. It’s interesting that Balaam never questioned the fact that his donkey could talk which, probably why this is one of the crazy Bible stories.

Ehud was supposed to kill King Eglon based on a message from God. He went to the King’s palace and pulled out a large sword. He plunged the weapon into the rotund King’s belly but he was so fat that the sword became covered over. Ehud plunged the sword even farther into the King’s gut to make sure he was going to die. At this point the King’s bowels became uncontrollable and he began to defecate all over the place. When his attendants came to call upon him, they thought he was indisposed. Later they found him dead on the floor with feces everywhere. Well that really could make it one of the crazy Bible stories.

In the next odd but (apparently) true category, David wanted to wed Michal, Saul’s daughter. He offered Saul anything in order to be able to marry Michal. For whatever reason, Saul wanted 100 foreskins. He told David he needed to deliver that number of foreskins by the next day. David went out and killed 200 men and collected that many foreskins. It was after the fact that he realized he had double the number he needed. Saul was impressed and he gave his daughter’s hand in marriage to David.

According to this chapter in the Bible, there was a wise man named Elisha. The only problem Elisha had was that he was losing his hair. As he was walking to Bethel one fine day, a group of noisy kids crossed his path. As they walked past each other, the children began to make fun of Elisha. They started to call him names such as “bald head.” This upset Elisha who did nothing to incite this from the kids. Upset about this encounter, Elisha cursed the children in the name of the Lord. Right after that, two bears came out of the woods and mauled all the children to death.

As one of the crazy Bible stories, this one talks about Ezekiel’s challenge. God told Ezekiel to plan out the siege of Jerusalem. He was then instructed to lie on his left side for 390 days which represented the number of years that Israel had been living in sin. Then he was able to turn and lie on his right side for 40 days to show how many years that sin was perpetrated by the population of Judah. In addition, he had to cook and eat only barley bread every day that was cooked over a fire fueled only from human excrement. He was able to talk God into letting him use the dung from cows.

God was with Ezekiel when the two came across a pile of bones. God wanted to show Ezekiel the powers that be and he asked him if he could bring these bones back to life. Ezekiel replied that only God has that power. God instructed Ezekiel what to say to bring back the dead. The words he was supposed to say ended with “I will put breath in you and you will come to life. Then you will know that I am the Lord.” After Ezekiel spoke these words the bones were resurrected. God put them back into their human forms and they returned to Israel.

As Jesus was walking with his devoted followers he came upon a fig tree. The tree did not have any fruit on it so Jesus decided to go to battle with the fig tree. Jesus focused all of his powers on the tree and it began to wither away and fairly quickly died. Jesus’ followers were impressed but he promptly told his group that anyone could do as he did if they just had true faith. With their strong devotion intact, they could even instruct a mountain to jump into the sea.

Lazarus had died and his sisters were devastated. Jesus joined them in their grief even weeping himself. It was determined that Lazarus had lived a good life and was enjoying his new environment amongst the pearly gates of heaven when Jesus decided to bring him back to life on earth. After his miraculous rebirth, Lazarus was never really heard from again. The entire resurrection was to prove to the people some of the miraculous things Jesus was capable of.