Comprised Of or Composed Of: Which One Is Correct?

Introduction
Comprise: Definition and Usage
Point 1
Comprised Of or Composed Of: Which One Is Right?
Point 1 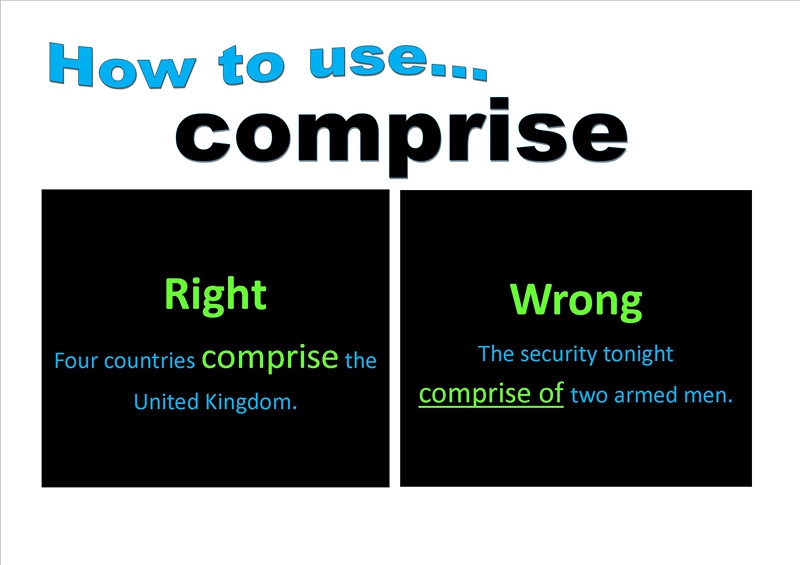 One way to remember this rule is to memorize the following phrase: “Whole comprises the parts.” This phrase shows that the word “whole” comes before the word “parts.” See the following example for reinforcement:

In this example, the school is the whole and departments are the parts.

Comprised Of or Composed Of: Which One Is Right?

When the word “comprise” is used, it is often preceded with a conjugation of the verb “is” and followed by the word “of.” For example:

But what if, instead of using the word “comprises,” we use the words “composed of?” To answer this question, we must first get to know what the word “compose” means. “Compose” means to “constitute or “make up” something. The word “compose” can be used if the whole is preceded by the parts. For example, “Battleships, aircraft carriers and destroyers compose a navy” is correct while “A navy composes battleships, aircraft carriers and destroyers” is incorrect. Let’s look at another example:

The second sentence can be made correct by changing it to the passive voice: “The school is composed of six departments.”