Celebs Who Are Incredibly Short

Celebrities are big-time. Everything they do seems huge to us. They are like the giants whom us lesser mortals look up to and aspire to be. Well, some of them can be really small. No, literally. Really, surprisingly short. These celebrities have done no less well due to their aerial disadvantages, and serve as a sort of example and reminder that not all worth is pinned to the number of inches you can boast. Some of the celebrities on this list stand head and shoulders above, metaphorically this time, many of their much taller contemporaries. Lacking inches? No fear. These 10 incredibly short celebrities will restore faith in your ability to win your way around the world. 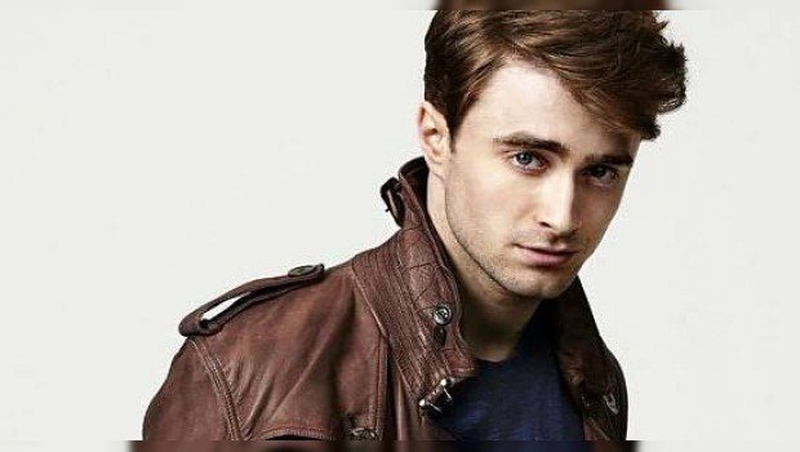 Our very own man-boy. Radcliffe has retained his boyish, innocent looks, the very reason why he became Harry Potter, and enchanted audiences around the world for so many years as the boy wizard. But a big contributing factor is the fact that he stands at only 5″5′. Yeah, he’s really short. That doesn’t stop him from being a superb actor, a humorous person, and a huge hit with his legions of fans. Radcliffe has proved himself both on screen, as Harry Potter and beyond, and on the stage, with his Equus being a hit worldwide. Oh and he’s also a multi-millionaire, once even the second richest teenager in all of UK, after Prince Harry himself. Radcliffe also has another unique ability. He can rotate his arm 360 degrees! Weird, or adorable? How many other wizard tricks does this guy have up his sleeve!?!

This man has an enormous sense of humor. Really enormous. A real giant in the world of comedy. But in life, he’s not that big. Standing at only five feet and four inches, Green is one of the shortest celebs in the world. Not many people know that he was also a famous child actor, responsible for one of the most famous catchphrases current-“cha-ching”. A prodigy, you may say. And while his star has grown and grown, Green hasn’t added to many inches to his childhood frame. It was difficult to adapt himself to his fading fame as child actor, and grow into something bigger. But, bigger he became, though not any taller. The only thing that may be slightly off-putting is the fact that the women he dated are all much taller than him. We don’t think that bothers Seth though. What he lacks in inches, he makes up for with jokes.

Snooki a.k.a Nicole Polizzi is tiny. Tinier even than you would think. She stands at a mere 4′ 8″. A dancer and a reality television personality, her mere 142 centimeters never stopped her from becoming a cheerleader in high school. Having gained the nickname for being the first girl from her entourage to make out with a boy, Snooki has always been a little infamous. That doesn’t bother her, though. She believes that the negative comments only spur her on to greater heights and give her more enthusiasm. Pocket dynamite, we say. Personality is always a better substitute for inches on the head.

Kanye West, himself 5’8″ is a classic case of the “small man” syndrome, with numerous attempts to cover up his aerial disadvantage. Fortunately for him, his wife, Kim Kardashian stands at a meagre 5′ 2″, which makes him look, beside her, pretty huge…ish. Kim Kardashian and her family have consistently been in the news for their reality show, and her relationship with Kanye. Their child, North West (we kid you not!) is the latest addition. A family that seems to be famous for being famous, notwithstanding West’s considerable musical abilities. Kardashian copes well with insults, and has high self-esteem. This helped her poke fun at herself when she was nominated for a Razzie in 2008.

She stands at only 5′ 2″ but packs a real punch onscreen. This Desperate Housewife has Mexican heritage, and makes up for what she lacks in height by her limitless spunk and ability. With an ex-husband in the giant basketball star, San Antonio Spurs Point Guard Tony Parker, Longoria’s tiny stature and their difference in height has found plenty of space in the media. Dating a basketball player brings the risk of aerial separation to even people of normal height. We wonder how it must have been for tiny Eva. Longoria wanted to go out with Brad Pitt, but that hasn’t happened. Not yet, at least.

This man is Hollywood big-time. A star of a number of big silver-screen hits, including the extremely popular Back to the Future series, Fox is as small in real life as he is big on the screen. We mean that he’s a very short man. Standing in at only 5′ 4″, Fox is not about to win any aerial battles. But he doesn’t need to. Fox forbade his children to drop out of school for Hollywood, and believes in keeping himself thoroughly grounded. “Family is everything” is the motto this pint-sized star stands by. Michael J. Fox is one of the few celebrities of small stature who talk about their deficiency openly. He once stated – “When you’re a short actor you stand on apple boxes, you walk on a ramp. When you’re a short star everybody else walks in a ditch.” A man who has his finger on the very pulse of Hollywood, we think, and applaud.

Standing only five feet and an inch above the ground, Reese isn’t the tallest person you’ll find in Hollywood. But that doesn’t stop her from scaling the heights of the city of dreams, with the highest honor, an Academy Award, also in her kitty. Reese’s brand has always been high, and with her own mix of humor, empathy and variety, she has managed to win over huge audiences. Her winsome smile, too, has much to do with her success. Witherspoon also rejected lead roles in Scream and Urban Legend, which made career calls for other women. When called upon to comment on herself, Witherspoon said that she was not perfect and made mistakes like other people. Coming from one of the most successful and decorated actresses in Hollywood, that is something which raises her well above her tiny stature.

The name everyone knew would be on this list. Dustin Hoffman, the star of numerous Hollywood classics, is a huge figure in celeb-world, but stands at a mere 5′ 6″. He is supposed to be notoriously difficult to work with, too. Not surprising if you’re constantly having to look up and stretch. Standing at 167 cm, Hoffman is a known pacifist, and also helped saved the life of a citizen having a cardiac arrest in a park. Not only is a hero onscreen, but also one off it. Hoffman said that he had wanted to study in University, but didn’t have the grades, and also missed out on being a Jazz pianist. And then went on to become one of the biggest stars in the world. Not bad, we say.

Raging Bull,Goodfellas, Taxi Driver, The Departed… the list goes on and on. Celebrated director Martin Scorsese is known for his spirited, wild, characters, who are frequently involved in criminal intrigue or shows of resistance against authority. Big men, and none bigger than him as one of the most respected and creative filmmakers currently living and working. Yet he happens to stand at a mere 5′ 3″. On his shoulders have stood many great acting careers and many of the finest creations to come out of Hollywood. Scorsese’s limitless energy late into his career shows us that will and genius can always add many symbolic feet to any height you may boast (or not, in this case) of.

Love, sex,  humor, despair. The whole gamut of human emotions packed into the most beautiful films that you could imagine! Woody Allen is one of America’s sweethearts. Controversy seems to surround Allen wherever he goes, but that doesn’t stop him from aiming big, and finding the mark. But Woody is also one of the short ones, measuring only 5′ 5″. His actors and actresses tower over him, affectionately framing his odd, tiny little frame. That has never stopped him from towering over everyone else when it comes to funny, epiphany-filled cinema that is pleasing to the eyes. He also has a habit of casting himself in his films, to feed his long-standing acting bug. If the products are as luscious as that, we say, who cares how high he stands?