Have you ever found yourself laughing at a movie, whilst simultaneously thinking, “That is so wrong…Why am I laughing?” Chances are you are watching a black comedy, a genre that aspires to make you laugh and cry in sync, cringe and smile at the same time. Dark humor laced throughout a film script can turn a subject that could have been depressing into a laugh-out-loud black comedy. 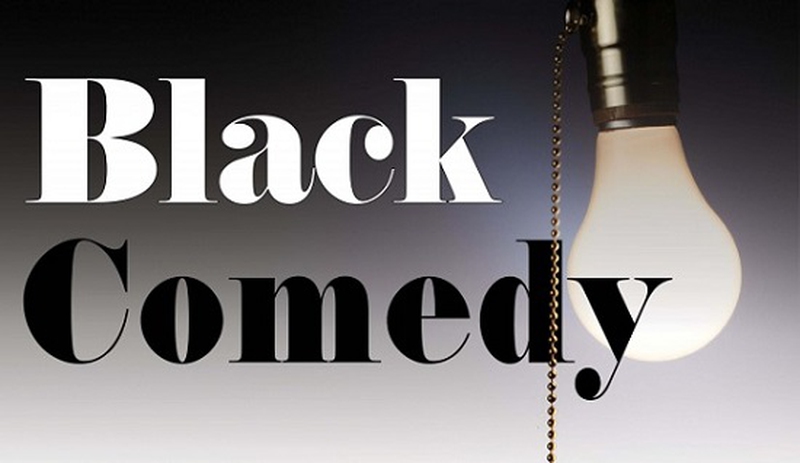 10 Awesome Black Comedy Movies to Make You Laugh and Cringe

Black comedy movies have an almost rabidly loyal fan-base, so any list of top dark comedy films is bound to raise an argument. Nevertheless, we’ve attempted to highlight the top black comedy flicks since the year 2000. Here they are.
1

Any movie about the life and times of notorious Australian underworld figure Mark “Chopper” Read was bound to be a dark affair. Highlights include the kidnapping of a Supreme Court judge, a failed assassination attempt and the voluntary amateur removal of his ears in order to get a prison transfer. Despite this grim fare, Eric Bana, in the lead role of “Chopper”, is disturbingly funny and incredibly charismatic, winning you over even as his actions are making you grimace.

Described by many as one of “the classics”, “The Royal Tenenbaums” tells the story of three siblings who achieved great success very early on in life, only to slump into failure after the departure of their eccentric father, Royal Tenenbaum. Despite the all too real sob stories of the characters, the movie has a great sense of ironic and, at times, even ludicrous humor. This black comedy has you laughing out loud and then feeling kind of bad for doing so.

This Oscar winning film by acclaimed director Sofia Coppola is set in the neon world of Tokyo and focuses on an unlikely friendship between a lonely college graduate deserted by her working husband and an over-the-hill actor who is in town to promote a Japanese whiskey whilst suffering through a mid-life crisis. The theme of confusion and things being “lost in translation” is repeatedly shown throughout this dark comedy, usually with quite hilarious, if frustrating, results.

Anyone who has read the satire-laden novel of the same name by Christopher Buckley should have been well prepared for the black humor found in “Thank You For Smoking”. The films protagonist is a tobacco lobbyist – not the most moral of lead characters. Yet, despite the dark tone of the film and the questionable values of those it portrays, you just can’t help cracking up, particularly at lines like, “Michael Jordan plays ball. Charles Manson kills people. I talk. Everyone has a talent.”

Picture this: a World War II heroin addict, a career-obsessed motivational speaker, a 15-year-old boy who has taken a vow of silence, a highly-stressed mother, a suicidal scholar, and a seven-year-old would-be beauty pageant contestant named Olive. Squash them all into an ancient yellow van and force them to drive almost 1000 miles across the country. You can envision the black comedy that ensues. Covering all manner of taboo subjects, “Little Miss Sunshine” is bound to make even hardcore dark comedy fans continuously laugh and then cry.

Funerals are fairly somber topics, so it is hard to imagine that a black comedy movie set almost entirely at a funeral could produce many laughs. But throw yourself in some hallucinogenic drugs, several naked men on roofs, a body falling out of a casket, a case of blackmail, and a gay love affair with a dwarf, and then you’ll start to see where the humor and the awkwardness comes from.“ Death At A Funeral” definitely falls into the category of “I shouldn’t be laughing, but I just can’t help myself!”

“Rachel Getting Married” touches on many extremely raw themes, notably drug abuse, guilt and the death of a sibling. The forced reconciliation that comes with a wedding is the catalyst for huge domestic upheaval, all centered around the return of Kym, who is on leave from a rehab center to attend her sister’s upcoming nuptials. In spite of the very depressing nature of the film, the laughs sprinkled liberally throughout the script provide the comic relief necessary to buoy you up and really enjoy the film, despite its darker moments.

A film about gangsters and hit-men with principles and set in the underrated Belgium city of Bruges, this 2008 black comedy is amusing, violent and, perhaps above all, an ode to a beautiful European city. When a wannabe hit-man accidently kills a child, he is sent to lay low in Bruges, Belgium, waiting on new orders from his boss. His attempts to amuse himself but being confined to sight-seeing in the city are hilarious, whilst the crime plot playing out in the background is vicious and, in many ways, totally unexpected.

A former low-level CIA agent decides to write his memoirs. His wife, planning a divorce, makes copies of all his files. Her lawyer accidentally loses the disc containing his meaningless ramblings at the local gym. Two gym employees decide to use the disc for financial gain. Then the Russians get involved. The chain of events this sets off is so off-kilter that you find yourself laughing at the sheer credulity of it, yet, the government interference, unfaithful spouses and double-dealing amateurs all ring true enough that you can almost imagine this actually happening.

It is so difficult to accurately convey the emotions roused by this black comedy. Set during World War II and chronicling the actions of a bunch of Allied Nazi hunters, it is difficult to see how “Inglourious Basterds” could be in anyway a comedy. Yet, the incongruous accents, the unlikely double agents and the confounding plot to murder Hitler by hosting a movie night are all so weirdly…well, weird, that you can’t help repeatedly cracking up, even as the violence peppered throughout the film makes you cover your eyes in horror.