Bible Verses and Scriptures on Work

There are many verses and thoughts in the bible about work. Working hard and doing your best is what Christ expects of us as His children. We are to be an example for others at work with keeping a strong sense of faith and spirit to guide our actions. To make a better performance, let's explore Bible verses and scriptures on work here together! 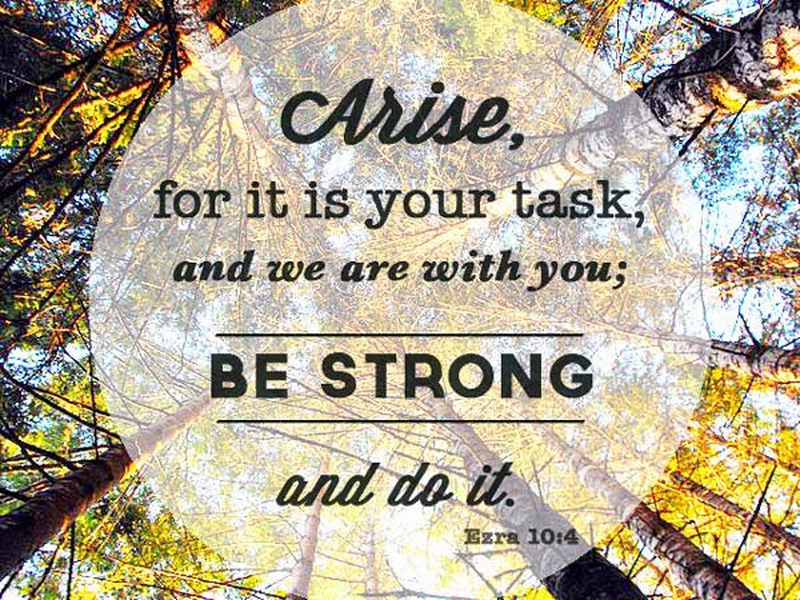 Here we compiled a list of 10 amazing Bible verses and scriptures on work. See which one gives you the most inspiration.

In all labour there is profit: but the talk of the lips tendeth only to penury. (Proverbs 14:23)

This is a simple but meaningful scripture on work, which is similar to the expression “actions speak louder than words.” You need to go out and do something to see results. It’s hard with our attention being pulled in so many different directions, but we need to focus on working on being the person Christ made us to be.

God demonstrates to us he began work on the first day. What awesome gifts God gave us that are so complex but seem so simple, daylight and darkness. Later when God made rain, we see further how much more God would give us. This shows the dependency we have on God to make rain for our harvest and the need for laborers

Let your light so shine before men, that they may see your good works, and glorify your Father which is in heaven. (Matthew 5:16)

We take this to understand by how we do our work and conduct ourselves and to be an example for others. How we live should be a reflection of Christ. The way you live your life will be evident you are living as a light of Christ.

He that tilleth his land shall be satisfied with bread: but he that followeth vain persons is void of understanding. (Proverbs 12:11)

This scripture on work is analogous to a wise and foolish being contrasted. Our work should mean something and we should have something to show for the efforts we have done. When we put in good work, we are putting in service to others and unto the Lord. If we are fortunate enough to have excess, the bible says we are required to help others in need.

But if any provide not for his own, and specially for those of his own house, he hath denied the faith, and is worse than an infidel. (1 Timothy 5:8)

We cannot give into the idea of complacency. We must always be striving to help others and serve Christ. Many people fall on hard times, especially in today’s fragile economy. This is telling us, like the verse above, if we can help, we should.

So built we the wall; and all the wall was joined together unto the half thereof: for the people had a mind to work. (Nehemiah 4:6)

This scripture on work reminds us that by working together as a team we get more done and make a good effort. Nehemiah lets us know he is doing the will of God. At times you will face strong opposition to things you know God wants you to do. Don’t be led astray. Stay on the path God is leading you on and you will be focused where you need to be.

Here we are shown the importance of saving and growing are money and tithing. This parable is not just about money. God gave each of us a wide berth of talents to use and share with others. We are not honoring Him if we don’t use these gifts and talent to the best of our abilities and share them with others.

The people which sat in darkness saw great light; and to them which sat in the region and shadow of death light is sprung up. From that time Jesus began to preach, and to say, Repent: for the kingdom of heaven is at hand. And Jesus, walking by the sea of Galilee, saw two brethren, Simon called Peter, and Andrew his brother, casting a net into the sea: for they were fishers. (Matthew 4:16-18)

Jesus began to preach, from that time, saying, “Repent, for the kingdom of heaven is at hand.” While walking by the Sea of Galilee, he met two brothers, Simon, also called Peter, and his brother Andrew, who were fishermen. We know that Jesus called these two his first disciples as he began to gather more.

Knowing that of the Lord ye shall receive the reward of the inheritance: for ye serve the Lord Christ. (Colossians 3:24)

The theme of doing your work is to be in service to God and other resonates, both in Old and New Testaments. When we do for God and others, we are blessed beyond measure.

But Jesus answered them, My Father worketh hitherto, and I work. (John 5:17)

By this scripture on work, Jesus tries to teach people who are lazy or only busy having fun all day that God, our Holy Father, and Jesus himself are working every day for all those things they deserve. So, those who don’t work have no right to enjoy the fruits.