Best Time to Go To Mexico

Introduction
Part 1
1 When Is the Best Time to Go To Mexico?
2 Determining the Time Based on Travel Seasons
3 Considering the Climate Seasons
4 Best Time for Festivals and Events in Mexico

Blessed with some of the world’s most stunning beaches, extraordinary Mayan history and a breath-taking barrier reef, it’s really little wonder Mexico is a premier global holiday destination. To call Mexico a land of contrasts is to do it an injustice as this is the kind of cliché term that doesn’t even scratch the surface. From the howler monkeys of the jungles to the majestic golden beaches littered with the rich and famous, Mexico is the kind of place that obliterates preconceptions and reinvents itself right before your eyes. Well, here comes the question: when is the best time to go to Mexico? 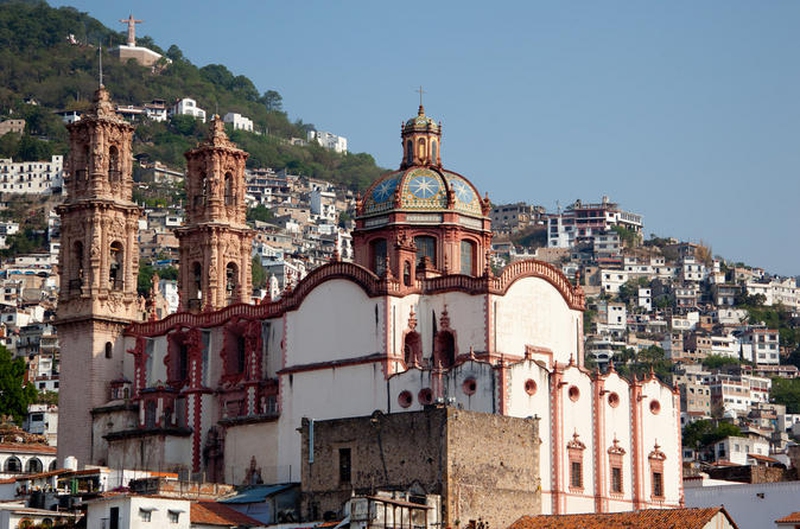 When Is the Best Time to Go To Mexico?

The simple answer to the question ‘When is the best time to go to Mexico’ is that there really isn’t one – there can’t be a best time when the whole year is amazing! It’s a bit like asking the same question about Germany for example – summer is the best time to go to Europe for sun, winter for skiing and so on. Exactly when’s best to visit Mexico depends on what you like and what you expect to get from your trip. From the daytime heat to the cool of the night, to festivals, to the crowds, to the prices and so much more, the time you choose determines a lot but there’s really no right or wrong time to go.

Determining the Time Based on Travel Seasons

Like all destinations, Mexico has its high and low seasons with distinctly different characteristics. You may have to determine the best time to go to Mexico based on the travel seasons that suit you best.

Mexico’s high season begins around the middle of December, hits the highest of the highs around New Year’s Eve and then continues in full swing until around Easter time. This is the time during which the prices are the highest and travellers come from all over the world to lap up Mexico at its liveliest.

Low season falls within the rest of the year, generally from the end of Easter until the beginning of December. During this time, the crowds are nowhere near as big, prices can drop by up to 50% and it tends to be a lot easier to get into and out of Mexico with affordable flights.

Of course, when most travellers look into high and low seasons, it tends to be the weather they’re most interested in. Like most places, there are indeed quite distinct seasons in Mexico, which should be taken into account before making a booking or deciding the best time to go to Mexico.

Rainy Season – May to Mid-October

The first of the two primary seasons in Mexico is the rainy season, which falls during the time most in the US or Europe would be enjoying summer. Toward the north of the country where things are dry and pretty arid, the rainy season brings little to no real change at all. To the south, however, tropical rain showers have a habit of hitting very regularly and predictably during the early evenings. They last for a couple of hours and while some may consider them inconvenient, they can be beautifully refreshing and leave behind gloriously fresh air for the night ahead.

It may have a rather scary name, but in reality Hurricane Season really isn’t anything to get too worried about. In much of Mexico it doesn’t have any real impact at all, but in those areas where it does the only signs you may notice are slightly cooler winds and variable temperatures.

Travel from November to the beginning of January and you’ll find yourself in Norte Season, which is when the vast majority of the resorts further south end up taking the most rain. However, when the rain does hit, it usually doesn’t go on for too long.

For the coastal areas of Mexico and the Yucatán Peninsula in particular, June, July and August can be quite spectacularly hot and dry. Temperatures don’t tend to go much higher than say 32°C, but the heat is so relentless day after day, it can feel somewhat stifling…unless of course you’re the type that laps up this kind of heat!

It’s also worth remembering that the altitude of the resort you visit will also play a role in the temperatures you can expect. The higher you head, the lower the temperatures – especially during night times where even places like Mexico City and San Cristóbal de las Casas can experience sub-zero temperatures.

Best Time for Festivals and Events in Mexico

When choosing the best time to go to Mexico, one may have to take the festivals and events into consideration. Mexico’s world famous annual events and festivals have the potential to make or massacre your trip as a whole. It’s all about what you like and what you’d like to do during your trip, so be sure to give thought to what’s on at the time of year you’re thinking of going. For example, if you can time your trip to coincide with the Day of the Dead festival or the famed Radish Festival, you’re in for a pretty crazy spectacle to say the least. From setting baby sea turtles free and back into the wild right through tot eh craziest summer beach-based music festivals, there’s something going on somewhere in Mexico.

That being said, you might be the kind that likes to see as few people as possible on a vacation and to ideally escape anything even remotely noisy or hectic. Mexico undoubtedly ticks all the right boxes, though in the cases of such individuals, it’s a good idea to find out when the Mexican festivals are happening so that they may be avoided at all costs!