Battles of WW2 were fought on different frontiers such as Russia, the ocean of the Pacific, Western Europe and China. These conflicts created devastation and death, and had a toll on the economy of most countries. These places have become an important part of history and have been memorialized. Places such as Iwo Jima, Stalingrad, Guadalcanal and Bastogne are a symbolism for sacrifice and heroism. Also, during this war, the world experienced heinous and atrocious crimes. Began in 1939, more than 22 million people were killed until the WW II ended in 1945. 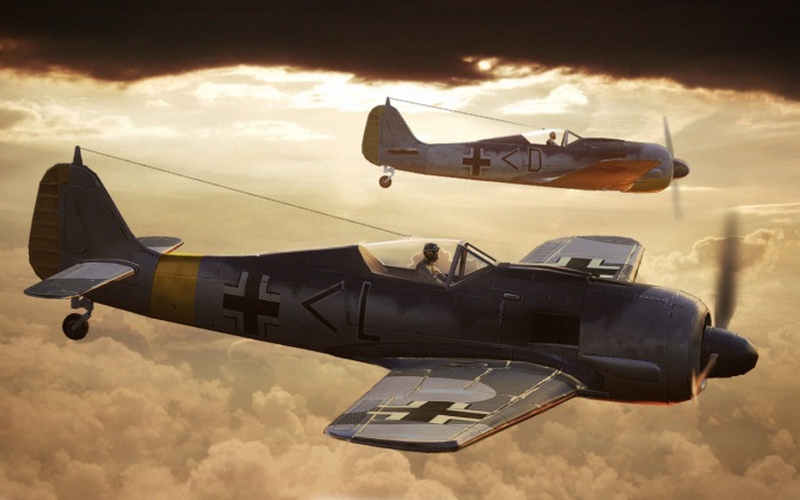 Japan took Manchuria in 1931 and the Soviets were patrolling the border of this area. The repercussions of this battle were huge even though only 95,000 troops were involved. Fights broke out in this area all the time, but this was Japan’s final defeat near the border of Manchuria. Japan wanted to occupy countries in Southeast Asia that had an abundance of resources. A Japanese-Soviet Nonaggression Pact was signed in April 1941. However, this pact was broken in 1945 when the Soviet Union declared war on Japan.

The Battle of Britain is one of the most important battles of WW2. The original strategy of the Germans was to destroy the royal Air Force bases. However, they began to bomb cities as well. This becomes a chance for the Royal Air Force to repair its damaged aircrafts. The Germans did not possess the radar technology which enabled the Brits to coordinate according to the formations of the German aircrafts. In October 1940, operation Sea Lion was postponed as the Germans were unable to achieve air supremacy. This battle gave Britain the time it needed to rebuild its army.

The Invasion of Poland

Germany and Russia had made a pact to overrun and divide Poland. This pact resulted in the invasion of Poland and marked the beginning of World War II. Following this, numerous battles were fought through the country. To execute the pact they had made, the Germans and Russians panned to attack Poland. In 1939, Poland was attacked from the west by the Germans. Polish forces, trying to defend themselves, were met by Russians who were ready to attack them from behind.

The invasion resulted in several casualties and the aid that Polish forces were waiting for, from France and the U.K, never came. 65,000 soldiers from Poland were killed and 95,000 soldiers form the USSR and Germany were killed or wounded.

On 22nd June, 1941, the Soviet Union was invaded by the Nazis. This operation comprises of many important battles of WW2. Hitler had his eyes on Russia as an abundant source of raw materials and slave labor. He divided the 4.5 million troops of the Axis powers alongside the Soviet border into three army groups situated in the North, Center or South. When Germany launched its attack, the Red Army was unprepared and dispersed. The lack of preparation led Germany to win many battles. This Operation ended with the battle of Moscow and resulted in the loss of 24 million Soviets.

The purpose of Operation Barbarossa was to get Moscow as it was politically and militarily significant. The Axis power has hoped that they would invade Moscow before the harsh winter. The German soldiers were not equipped for the winter whereas the Red Army had fighters from Siberia who were skilled for warfare under such weather condition. The Nazi army was forced back by the Russians on the 5th of December, 1941. The Germans began to re-treat and this Operation Barbarossa was a fail. After this battle, Hitler’s loss was inevitable. Germany had 400,000 casualties in this Battle of Moscow.

The Battle of Stalingrad is one of the important battles of WW2 because it was the route for transportation from North Russia to the Caspian Sea. Also, this region was the gateway to the Eastern frontier. Hitler was sure that he could defeat the Red Army. This battle started when the Germans sabotaged River Volga, which was used for the transportation of supplies. In the August of 1942, Germany had reached Stalingrad. The Soviets held onto the city, with their hugging tactics, until the start of winter. This was a catastrophic loss as a total of 841,000 casualties were endured by Germany.

The Invasion of Normandy

Known today as one of the most famous battles of WW2, the Invasion of Normandy was a huge victory for the Allies. Launched on June 6, 1944, now known as D-Day, the Invasion of Normandy started when U.S, British and Canadian troops landed on five beaches along Normandy. These troops used air support to attack the German troops. Unexpectedly, the German troops also fought fiercely. They were prepared, although the invasion was meant to be a surprise. The battle continued for months and finally ended in August. German casualties were 320,000 while the Allies casualties were 230,000.

The Battle of Okinawa

Okinawa, one of the largest Ryuku islands, was the site for one of the bloodiest battles of WW2. This battle lasted for several months and resulted in thousands of casualties on both sides. Okinawa was a strategic location for the United States. It was controlled by the Japanese and the United States sought it for their campaign against Japan. As such, the U.S forces invaded this island in the March of 1945. The Japanese fought fiercely using kamikazes and launching a ground counterattack, however, they failed. It was a victory for the U.S forces but it did not come without a cost. 100,000 Japanese soldiers and 12,000 American soldiers were counted as casualties of this long battle.

The Battle of Berlin

The Battle of Berlin saw the occurring of numerous important events in history including the fall of the Berlin wall and the beginning of World War II. It took place during 1945 and was the last major offensive of the war in Europe. The Soviet army marched forward before stepping just miles east of Berlin. The Soviet army attacked the German capital from the east and the south. They continued to march forward, further panicking the German defences. With continuous fierce fighting, the Soviet Union were able to take over Reichstag. This move, basically, represented the victory for the Soviet army and concluded the war.

The Battle of the Bulge

It is known by several names. This name was given by the British who used it to describe the “bulge” in the Allied front line seen on maps. This battle was launched as a major German offensive campaign through the forest of the Adrennes region. The aim of this was to split the Allied troops in two. Although the Allies were taken by surprise, German offensive failed. The terrain and improving weather conditions favoured the Allies. It was one of the largest and bloodiest battles of WW2.