Movies are always made with the best of intentions, just as books are written. However, sometimes sections of society decide whether the movie is inappropriate or not; this is why many movies have been banned. The following banned movies show us both the realistic and extreme measures the cinema will take. 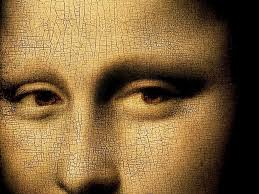 These movies have been banned for a variety of reasons, and sometimes only certain countries have determined they are worth banning. While some banned movies have legitimate concerns for the ban, others seem to have stretched the truth a bit too far.
1

Those who enjoy horror films have found this classic riveting and worthy of creating a fan base for. While others were greatly disturbed by the images, which makes it to become one of the banned movies. “The Texas Chainsaw Massacre” was mostly banned by European countries for showing the mental capacity and derangement of Leatherface as he victimizes and sadistically murders a group of teenagers. Overall, the movie itself was not overly graphic or bloody, but the psychopathic behavior became cause for concern, leading to the eventual ban.

The name of this movie itself described part of the reason why it is on our top 10 banned movies list. The name mixed with the fact that the director hid much of the production to make audience believe it was a real documentary and convinced the actors to remain out of sight for a year after its release, letting people believe the four Americans who traveled to South America had been devoured by cannibal tribes. Obviously, this movie was banned in over 50 countries for its vulgar, controversial, and all too realistic filming; even today, it is still difficult to locate.

This film was banned in Finland, Norway and Sweden, but only for those who were under the age of twelve. The reason was not because of the funky looking alien, but because authorities in these countries were afraid the film would cause children to distrust their parents and other adults. In fact, they were afraid this film would give children the idea to begin an uprising. Nevertheless, this film was banned for the simple reason that the adults are portrayed as rude and mean instead of kind and helpful.

Whenever one goes to make a movie portraying one of the most religious figures known to man, it is obvious that Christians and others who see Jesus Christ as holy and pure would have difficulties being okay with the title of this film. The Christians believe that Jesus is pure and holy, and incapable of sin, which to them means he is also incapable of being tempted. As such, this film was banned in several countries, including a partial ban in the U.S.

An expertly acted movie in its entirety, the film shows 2 married men fell in love with each other and kept their love in secret for many years. Only until one of them died, their love is discovered by their families. In 2005, same sex relationships were not well received, especially by Christian organizations who continually remind the world that marriage should be between one man and woman, not two people of the same sex. Although only becoming one of the banned movies in the Middle East, many are still unsure where to place the film because of its sensitive material.

Not the best of movies to begin with, producers and directors knew well ahead of time that the Catholic Church would not take kindly to the creation of this film, which was accurate. According to the film, which is based on Dan Brown’s best seller novel, the Vatican is actually a deceptive institution used to cover up secret missions by the Opus Dei. Many Catholic based countries outright banned the movie for its historical inaccuracy and vicious attack on the image of Jesus Christ.

Surprisingly, this film being placed on the banned movies list is not for its sex scenes or consistent goriness, but for its historical inaccuracy in how the Persian Empire is portrayed. Because of this inaccuracy, the film was banned by the Iranian government, which stated that it was a revolting example of how much damage American propaganda can do to a country's history. The movie also came under scrutiny because of the heroes’ hyper-masculine behavior, which was said to appeal to the homophobic appreciation of its concentrated viewership of young single men. This statement did not sit well, but the film continued to have overall success once released.

While some believed that North Korea banned the movie because of the destruction of an important North Korean landmark, it was actually banned there because it contradicted the nation’s own end of the world prophecies and coincided with the 100th birthday of the founding of North Korea. Anyone caught watching the film was charged with a hefty fine and prison time. Essentially, the movie was banned because North Korea’s dictator, Kim Jung II, disagreed with its contents.

Although not yet released, this movie has already made it to our top 10 banned movies list because it nearly started a war with North Korea. In fact, the country made a statement that because of how it portrays their leader, they will consider settling this with America through war. The film depicts two journalists who are hired by the CIA to assassinate the North Korean leader, Kim Jong. Considering its premise, there’s no wonder North Korea has already determined to ban the film. And the latest new is Sony  Pictures announced that The Interview won't be releasing anywhere anytime. Such a loss! We've already talked about it like for months!